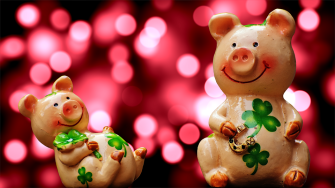 — If you were to pick the same six numbers (out of 1 to 49) every day you’d probably win once every 292,000 years. That’s about a one in 13.9 million chance. You have a much better chance of dying in a plane crash. Your chances of dying in a plane crash are, at best, one in 5.6 million. If you were to take the same flight every day, it would statistically crash once every 14,500 flights.

— .00086% of the world is famous. A mathematician found that out by dividing the ‘living people’ section of Wikipedia by the world’s population! 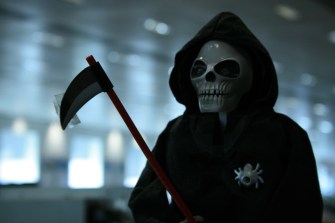 — Per national average, a hearse car in a funeral procession costs about as much as a New York City cab ride, at $2.00 per mile. Another fun fact about New York and death… almost twice as many people kill themselves (565 suicides for 2016) within New York City limits per year than are murdered (290 for 2017).

— The American funeral industry brings in about $20 billion a year, about as much as the toy industry. The average funeral is about $8,000. Cremation averages $1,100. One of the most expensive single burial plots in the world is a $600,000 burial plot near Marilyn Monroe’s mausoleum in Westwood Village Memorial Cemetary in Los Angeles. 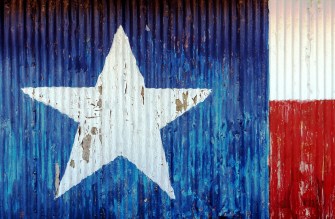 — The Katy Independent School District has a $70 million stadium… for high school football. The Katy team has won 4 state championships since 2006. If you combined the total number of seats in every high school football stadium (1,305 stadiums with a total combined capacity of 4,130,440), you could comfortably seat every man, woman, and child in Dallas and Austin with room to spare.

— Texas is an enormous place. Driving from the north of Texas to the southernmost point of Texas is about as many miles as driving from Glasgow, Scotland to Rome, Italy. You could fit two Germanys into Texas (2 x 137,847 miles for Germany, and 268,820 square miles in Texas). 7.4% of America’s total landmass is in Texas.

— The King Ranch, in south Texas, is bigger than the entire state of Rhode Island. From end to end, all the fencing in King Ranch would stretch from New York City to Bisbee, Arizona. The King Ranch is relatively close to Laredo, which holds the odd distinction of being the world’s largest inland port, 131 miles away from the nearest ocean.

Related
Neuropsych
Daily caffeine intake temporarily alters your brain structure
Compared to people who took a placebo, the brains of those who took caffeine pills had a temporarily smaller gray matter volume.
Thinking
Why you should laugh at yourself, according to Seneca and Nietzsche
“It is more human to laugh at life than to lament it.”
Hard Science
The violence of the Tonga eruption is a wake-up call to watch other submarine volcanoes
Out of sight, but not out of mind.
The Present
How circular economics can make us happier and less stressed
Entrenched business wisdom says that community-led economic systems are pure fantasy. Douglas Rushkoff disagrees.
The Learning Curve
The art of asking the right questions
The right questions are those sparked from the joy of discovery.
Up Next
Culture & Religion
Want to feel unique? Believe in the reptile people
What do all conspiracy theorists have in common?