Natural selection as a means of evolution is generally thought of as a slow process, and it usually is. That is, unless there’s some unnaturally strong influence at work. And that’s exactly what’s happening to African elephants. The unnatural influence is humans, or more specifically, poachers, and it’s causing an increase in the births of tuskless elephants. Those who do have tusks are becoming less likely to reproduce since they’re hunted down and killed for their ivory.

Not every elephant has tusks. In a population without significant poaching going on, from 2 to 6 percent of females are born without tusks. Males without them are less common because they’re required weapons for earning procreation rights, and tuskless males don’t generally get to reproduce. 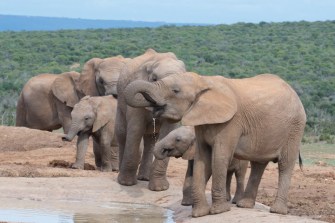 In areas where there is poaching, however, the story’s very different, and the quest for elephant ivory is changing the types of offspring now being produced. In Gorongosa National Park in Mozambique, half of the older females have tusks. The situation has improved since poaching was brought under control there 20 years ago, but a third of the younger elephants are tuskless nonetheless, a meaningful increase over the historical norm.

In Zambia’s South Luangwa National Park and the Lupande Game Management Area, tuskelessness increased from 10.5 percent in 1969 to 38.2 percent in 1989 The numbers have improved slightly since then there as well, but only due to more tusked females migrating from nearby areas. 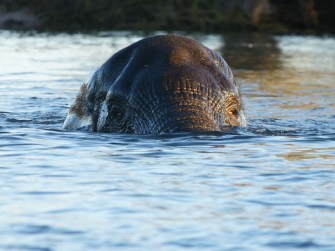 There’s been big money in China’s black market for ivory, from a peak of $2,100 USD per kilogram in 2014 to $730 per kilogram in February of 2017. There are several factors in the reduction, most notably the easing of demand for luxury goods due to the country’s economic slowdown, the government’s efforts to shut down the ivory business, and changes in Chinese consumers’ attitudes toward ivory and its cost to elephants. 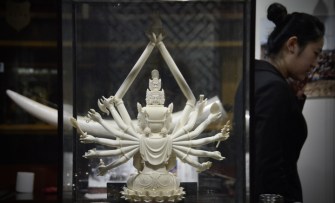 But between 2007 and 2014, some 144,000 African elephants were killed, placing the species perilously close to extinction in some areas. Researchers warn that over time, African elephants may evolve into primarily tuskless creatures, as Asian elephant have.

And that, in itself, is a problem. For elephants, tusks perform a number of important functions. They’re weapons for use against predators and other elephants, watering holes can be dug with them and bark can be stripped from trees, and they’re useful for pushing away brush and other obstacles in their path. (Interestingly, elephants, when it comes to tusks, can be “lefties” or “righties” — there’s evidence that they prefer one tusk over the other.)

So while an elephant without tusks may be safe from poaching, it’s in a precarious position when it comes to survival, especially on its own, and being affiliated with a herd that has enough tusks to take care of the necessary tasks is the only real defense.

“Conservationists say an elephant without tusks is a crippled elephant,” says the BBC. 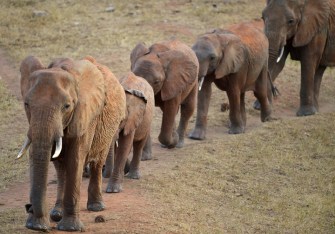 Image source: TONY KARUMBA
Related
Sponsored
Want to boost your happiness? Buy experiences, not material possessions
Some experiences even continue to pay dividends time and time again.
High Culture
Did Paul Cézanne hide an early self-portrait underneath a 160-year-old still life?
To answer that question, we may have to figure out when the famed painter started to go bald.
Strange Maps
Dutch government releases a genuine treasure map from WWII, sparking a hunt for the loot
X marks the spot. The Dutch town of Ommeren has been swamped by detectorists armed with shovels looking for $20-million treasure.
Thinking
Creative wisdom from Rick Rubin: embrace your inner gatekeeper
Unlock the full potential of your creativity with holistic detachment. This is the way of the editor.
If money doesn’t buy happiness, you’re spending it wrong
These money experts say you can buy happiness. There are some red flags to look out for, though.
▸
7 min
—
with
Lindsay Bryan-Podvin
Up Next
The Present
People Who Are Easily Disgusted Tend To Oppose Immigration, Study Finds
A new study suggests that sensitivity to the emotion of disgust affects one’s attitudes on immigration.