Every now and then, nature throws out a storm so massive we can only gaze upon it in humbling awe at its fearsome power. When Alexander Gerst and Ricky Arnold, astronauts aboard the International Space Station (ISS), attempted to photograph Hurricane Florence, the storm was so big they “could only capture her with a super wide-angle lens,” according to Gerst. The pictures they managed to take are both beautiful and terrifying. The storm was 500 miles wide at the time, with its outer bands stretching over the equivalent of a full third of the U.S. East Coast

What’s so scary about Florence?

A hurricane’s numerical classification tends to dominate the headlines, but it tells only part of the story—it rates a storm’s wind speeds—and not necessarily the most life-threatening part. Florence’s worst aspect: it’s slowing down and stalling over coastal areas, causing up to 19-foot storm surges, and dropping from 6 to 40 (!) inches of rain. And any hurricane produces disruptive, dangerous winds, regardless of its official category. 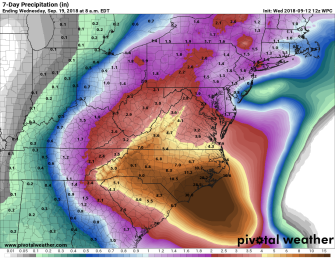 A fascinating glimpse at nature

Onboard the ISS, Gerst was able to capture some incredible images looking down in the storm’s eye. 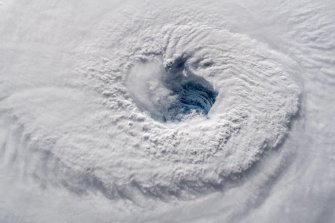 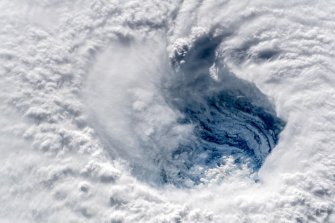 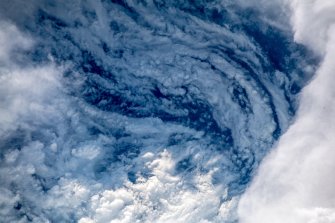 Of course, as stately as Florence’s eye may look in these pictures, an NOAA video reminds us that it’s a churning place full of tremendous latent power.

The science geeks in us marvel and are thrilled at storms such as Florence. However, the potential for human tragedy from such majestic displays eventually brings us back down to Earth. Although we’re infatuated now, as Earth’s weather grows more extreme, our feelings may well darken under such threatening skies.

Previously, only the brightest and most active galaxies could pierce the obscuring wall of cosmic dust. At last, normal galaxies break through.
Up Next
Mind & Brain

Although initial contact with outsiders is stressful, over time we figure out how to fit them into our lives.