Cartozoology, the discipline dedicated to the discovery and study of animals outlined paradigmatically by street layouts as they appear on maps, took almost three decades to mature from idea to reality. It was conceived in 1974 on a plane between Oslo and Reykjavik; but the Norwegian Cartozoological Society was founded only in 2003. It seems to have produced only a handful of specimens and now appears to be dormant.

But what beauty, grace and humour those few specimens exhibit!

Patient zero of cartozoology was the Ur-Fish, a sea-dweller whose rudimentary shape was summarily extracted from Oslo’s grid of city streets. Later examples show more elegance and sophistication. A personal favourite is the West Side Riesenterrier (Canis diplomaticus), discovered between Oslo’s Slotsparken and Frognerparken in January 2003 by Roger Pihl, Secretary-General of the NCS.

Another nice one is the Ring-Nosed Dala Horse (Equus vallis circumnasata), discovered in March of 2003 by Eilert Sundt, another NCS Secretary-General.

Members of the public are invited to submit found animals, and some have indeed discovered amazing specimens:

This Tiergarten Kulturhund was spotted by Kari-Anne Stenberg and Inge Haugane on a trip to Berlin: 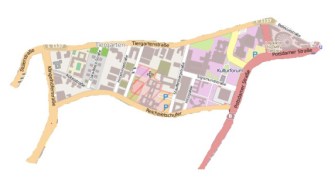 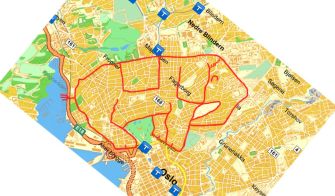 Or what about this wonderful Venetian Elk, discovered on a map of the floating city by Marianne Sandbu: 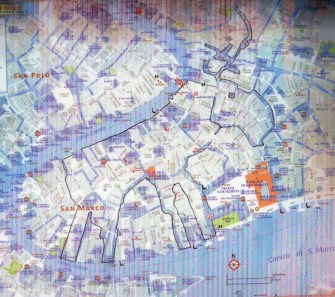 The most recent cartozoological discovery listed on the website dates from June 2011 – the Poodle of the Fyn Alps (there aren’t any mountains on the Danish island of Fyn; the highest point is the Lerbjerg, 126 meter above sea level). 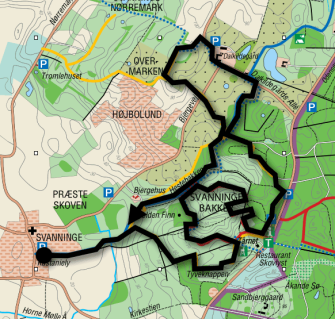 Maybe it’s time to wake the NCS from its slumber, and expand the scope of cartozoology beyond its main hunting grounds in Scandinavia. Here is the original NGS website in Norwegian (English version here). Strange Maps also welcomes new examples of cartozoology, and will showcase the best examples if and when enough fitting specimens are sent in.

Cartozoology was brought to our attention by musubana, a reader reacting to the entry on the Afro-Latinosaurus Rex (#420).

Related
Health
The scientific highs and lows of cannibinoids
Hundreds of these cannabis-related chemicals now exist, both natural and synthetic, inspiring researchers in search of medical breakthroughs.
Strange Maps
The horrors of World War II air war, in one stark map
This graph shows how badly German cities were hit by Allied bombing raids.
Hard Science
Subatomic ghosts shed new light on the structure of protons
A Fermilab study confirms decades-old measurements regarding the size and structure of protons.
The Present
The Taoist philosophy behind Alibaba, China’s e-commerce giant
Alibaba has played a key role in China’s meteoric economic rise.
Thinking
3 brain games to practice deductive, inductive, and abductive reasoning
Take a closer look at the different types of reasoning you use every day.
Up Next
Strange Maps
Which TV Shows Aliens May Be Watching
If extraterrestrials were monitoring American television, here’s what they would be watching. In the Fomalhaut system, for example, maybe everybody’s crazy about Miami Vice.