The maker of OxyContin, one of the world's most widely abused opioids, has patented a drug that aims to help addicts wean off opioids. 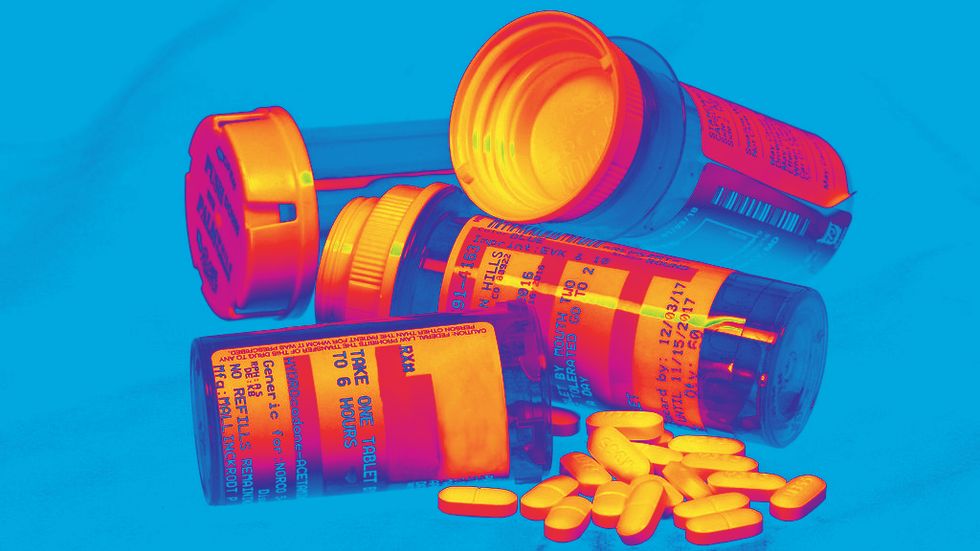 The opioid crisis has, in many ways, been exacerbated by the actions of Purdue Pharma, who produces OxyContin (Image credit: KSRE Photo via Flickr).

Purdue Pharma, maker of the prescription painkiller OxyContin, has patented a new drug aimed at weaning addicts off opioids.

The new drug is a faster-acting form of buprenorphine, a mild opiate that helps addicts control cravings.

“While opioids have always been known to be useful in pain treatment, they also display an addictive potential,” reads the patent, which was first reported by the Financial Times. “Thus, if opioids are taken by healthy human subjects with a drug-seeking behaviour, they may lead to psychological as well as physical dependence.”

The patent comes as more than two dozen states and hundreds of cities are suing Purdue and its competitors for their role in the opioid crisis, which is estimated to kill more than 46 people every day in the U.S. This week, Colorado became the latest state to sue Purdue Pharma L.P. and Purdue Pharma Inc.

“Purdue’s habit-forming medications coupled with their reckless marketing have robbed children of their parents, families of their sons and daughters, and destroyed the lives of our friends, neighbours, and co-workers,” Colorado Attorney General Cynthia Coffman said. “While no amount of money can bring back loved ones, it can compensate for the enormous costs brought about by Purdue’s intentional misconduct.”

The lawsuit claims Purdue downplayed OxyContin’s risks, exaggerated its benefits and “advised healthcare professionals that they were violating their Hippocratic Oath and failing their patients unless they treated pain symptoms with opioids,” according to the Colorado attorney general’s office.

Purdue denied the allegations in a statement.

“The state claims Purdue acted improperly by communicating with prescribers about scientific and medical information that [the] FDA has expressly considered and continues to approve,” a spokesman for Purdue Pharma said in the statement. “We believe it is inappropriate for the state to substitute its judgment for the judgment of the regulatory, scientific and medical experts at FDA.

Purdue’s new drug aims to curb the very crisis the company helped start, first by inventing OxyContin in 1995 and then by using aggressive marketing tactics to push the drug on health-care providers despite evidence of addiction potential and increasing overdose deaths in the U.S.

In 2007, Purdue settled a lawsuit with the Justice Department for more than $600 million in fines after the company was found to have misled regulators, doctors and patients about OxyContin’s risks of addiction and abuse. However, the company appears to have done little or nothing to change its tactics in the years that followed.

In June, CBS This Morning published an interview with an ex-employee for Purdue, Carol Panara, who said the company trained its sales representatives to convince doctors to prescribe higher doses of OxyContin to as many patients as possible. In her training as a sales representative, Panara said the company told her that some patients weren’t actually addicted to OxyContin but instead suffered from "pseudoaddiction."

“So the cure for ‘pseudoaddiction,’ you were trained, is more opioids?” CBS correspondent Tony Dokoupil asked.

“Did this concept of pseudoaddiction come with studies backing it up?”

“We had no studies. We actually—we did not have any studies. That’s the thing that was kind of disturbing, was that we didn't have studies to present to the doctors,” Panara responded.

“You know how that sounds?” Dokoupil asked.