There have been many troubling consequences of the pandemic: massive rates of unemployment, government gridlock over whether to provide further stimulus, an inability to see family members or travel, over 213,000 deaths in America, and increasing rates of anxiety and depression.

Early into quarantine rates of alcohol consumption also rose—unsurprising, given how much more time people were spending at home. Living alone was one factor, yet so was living with a partner who regularly drinks. In an interesting analysis, one European agency found decreased usage of stimulants like cocaine and MDMA in wastewater, which matches self-reported claims. Without late-night parties, people began tranquilizing instead of getting hyped up.

Speaking of tranquilization, rates of benzodiazepine (such as Valium and Xanax) use are also increasing in both the U.S. and UK. While antidepressants and anti-anxiety medications are only approved for short-term use, the uptick in prescription rates, as well as illicit use, is troubling. With no sanctioned tapering protocols available, the potential for long-term abuse—and chronic side effects—means we’re in dangerous territory with drugs that we really know little about.

This news comes on the heels of an FDA announcement that benzodiazepine manufacturers will be required to update label packaging to reflect the potential for abuse and addiction. This includes brand names like Xanax, Klonopin, Librium, Valium, and Ativan.

Benzodiazepine Dependence and Withdrawal – How To Avoid Thiswww.youtube.com

Since the early ’50s, tranquilizer and sedative abuse has been a common yet under-discussed phenomenon in American society. The first blockbuster drug was Miltown. In 1955, meprobamate, a derivative of the short-acting mephenesin, was brought to market. Discovered by Czechoslovakian pharmacologist Frank Berger while developing a penicillin preservative, he noticed mephenesin calmed rats without knocking them out. In 1950, Berger moved from the UK to Cranbury, New Jersey where he developed meprobamate alongside chemist Bernard John Ludwig. By 1957, a billion pills of this drug, now called Miltown, were being produced.

Then the fire went out. In the sixties, Miltown was reclassified as a sedative. The manufacturers were sued for monopolizing the tranquilizer market. Doctors eventually recognized the risks outweighed the benefits. Miltown addicts flooded treatment centers. Instead of understanding the risks tranquilizers pose, pharmaceutical manufacturers simply shifted focus to other drugs, such as benzodiazepines, antipsychotics, SSRIs, and SNRIs.

Every decade, more problems arise with these pills. While short-term efficacy is clinically proven (especially when coupled with psychotherapy), underlying risks have long been known and little discussed. As Dr. Harshal Kirane, medical director of Wellbridge Addiction Treatment and Research, recently said after the FDA announcement,

“Benzodiazepines will not be the next big epidemic. They have been a ‘silent’ epidemic for decades, intensifying consequences from the current opioid epidemic.”

The FDA’s decision is based on growing evidence that benzos are prescribed more frequently and for longer durations than they’re approved for. This has led to increasing cases of abuse and misuse. 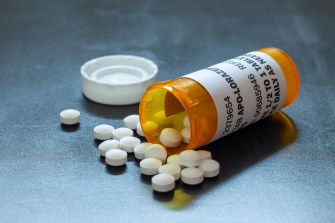 As journalist Robert Whitaker told Big Think earlier this year, drug approval regulations are looser than many assume. Drug manufacturers, which often sponsor clinical trials for their own drugs, only have to show efficacy over placebo—how much efficacy doesn’t matter. If a company doesn’t like the result, they can throw out the data and never report it. Then there’s chronic use.

“We also don’t measure long-term exposure. If you look at Xanax, it doesn’t show any efficacy after about four weeks. If you’re taking it on a daily basis, you really should get off it. But all sorts of people have been on it for two years, three years, five years, 10 years. We don’t have a mechanism for assessing what happens to people on these drugs for that amount of time.”

In fact, the original Xanax trial was for 14 weeks. At the end, the drug was under-performing the placebo. Instead of submitting that data, the company only reported the four-week data. As of 2017, Xanax was the 21st most-prescribed drug in the country, with nearly 26 million prescriptions written, even though it only shows efficacy for about a month.

“When you start taking these drugs, the response is very positive so it becomes hard for patients to discontinue them. So patients often take them for many years and, with chronic use, the risk of side effects increases, especially in the elderly.”

Overall, roughly 92 million prescriptions for benzodiazepines were dispensed in America in 2019, with an estimated 50 percent of patients taking them for two months or longer (according to 2018 data).

A label warning is a step in the right direction, but given the increasing amounts of mental health troubles in 2020, we need more protections. The only winner right now is the $17 billion antidepressant industry and the burgeoning anti-anxiety market. That money is made on our suffering. From the looks of it, these drugs are creating more problems than they’re solving, and we’re all paying the price.

To reap the benefits of digital technologies, we must contend with their addictive designs.
Neuropsych

If love is an addiction, your first love is the first dose.
Up Next
The Present

Ready for a career pivot into electrical engineering?

This wide-ranging, 13-course electrical engineering training is your next power move.