3 Brilliant Polymaths, and the Advice They Left Behind

Polymaths are people who have excelled in diverse pursuits, and several of those polymaths left us with some very practical advice on how to succeed. 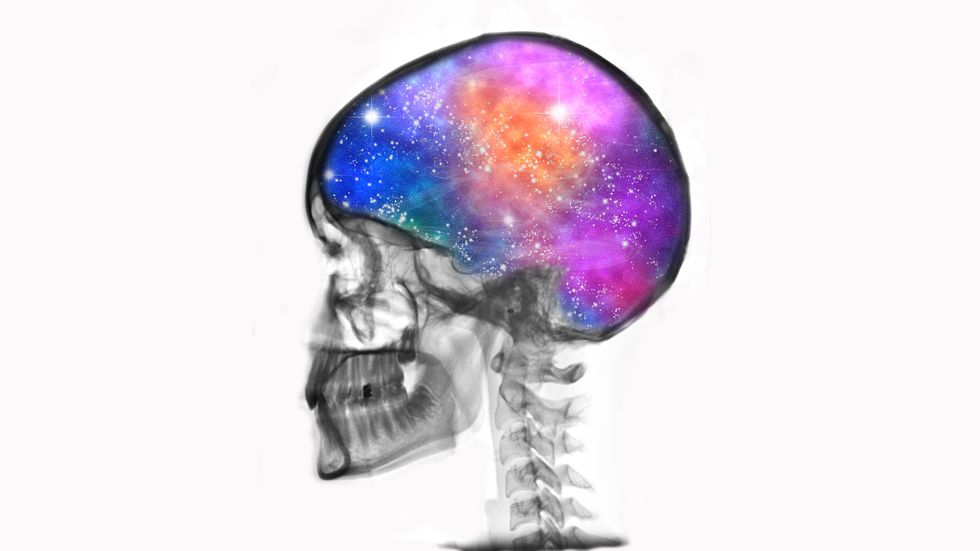 Master of all trades, Jack of none.

The main problem of choosing what to do in life boils down to simple math: every hour you spend on one pursuit is one less spent on another. This problem is so paralyzing that some people never even choose. In the West, those who specialize in a singular craft or field hope that their capitalistic society will reward them as specialists—after all, would a wealthy executive pay huge fees to an attorney who dabbles in finance law? Not likely.

Polymaths are different. They manage to achieve mastery across multiple industries, arts, or fields of study. So what sets them apart? The willingness and drive to learn new things, writes Robert Twigger:

The key idea to becoming a more successful polymath is to try new things, as Twigger explains:

People as old as 90 who actively acquire new interests that involve learning retain their ability to learn. But if we stop taxing the nucleus basalis, it begins to dry up. In some older people it has been shown to contain no acetylcholine—they have been ‘switched off’ for so long the organ no longer functions. In extreme cases this is considered to be one factor in Alzheimers and other forms of dementia — treated, effectively at first, by artificially raising acetylcholine levels. But simply attempting new things seems to offer health benefits to people who aren’t suffering from Alzheimers. After only short periods of trying, the ability to make new connections develops. And it isn’t just about doing puzzles and crosswords; you really have to try and learn something new.

Here's a look at a few of history's most notable polymaths, and some of the practical advice they left along the way.

Aristotle's status as one of humankind's greatest minds is evidenced in part by his monolithic nicknames: "the master" or, simply, "the philosopher." He was a polymath who made fundamental contributions to diverse fields of study, including logic, rhetoric, ethics, physics, story, poetry, government, metaphysics, geology and zoology.

It was in moral philosophy, however, that Aristotle gave some of his most practical advice. To live well, Aristotle argued, people should behave according to virtues that allow them to excel in many types of situations across time. Each virtue relates to a vice, which can either exist in deficiency or excess. Aristotle believed that we should strive to live a life of moderation, nurturing the virtues within ourselves and avoiding the vices on either extreme end.

More about Aristotle below:

The archetypal Renaissance Man, the list of Leonardo da Vinci’s accomplishments is staggering.

As an artist, he was the father of the High Renaissance style, having painted the 'Mona Lisa' and 'The Last Supper.' Applying observations he made in his scientific endeavors, da Vinci introduced the idea of painting with aerial perspective—that is, painting faraway objects less distinctly and with less vibrant colors.

Da Vinci was also particularly interested in anatomy. He used his skills as an artist to create the Vitruvian Man, a study on body proportion and an exemplar of the intersection of math and art common in the Renaissance era. To get an even better understanding of the human body, he would dissect cadavers in middle of the night, a practice which was eventually barred by the pope.

Da Vinci made contributions to many other fields: urban planning, mathematics, botany, astronomy, invention, history, sculpting and cartography. There are simply too many to note. Ultimately, his greatest achievement, perhaps, was making others feel bad about how little they had done with their lives. Still, da Vinci left us with some great advice on how to be successful, most of which comes from his journals.

British Philosopher, logician, mathematician, writer, historian, political activist and Nobel laureate Bertrand Russell made many contributions to the academic world, particularly within mathematical logic and analytic philosophy. His contributions in these fields—specifically his paradox and type theory—have been used in computer programming and beyond. But he's perhaps better known to the general public as a social critic, speaking with unflinching clarity on moral issues ranging from warfare to Jesus Christ.

In 1927, Russell gave a lecture titled Why I am not a Christian that would become a famous essay, influencing a new generation of religious critics. Russell received the Nobel Prize for Literature in 1950 "in recognition of his varied and significant writings in which he champions humanitarian ideals and freedom of thought."

A year later, Russell published this list of advice for an article titled 'The Best Answer to Fanaticism–Liberalism' in the New York Times Magazine.

1. Do not feel absolutely certain of anything.
2. Do not think it worth while to proceed by concealing evidence, for the evidence is sure to come to light.
3. Never try to discourage thinking for you are sure to succeed.
4. When you meet with opposition, even if it should be from your husband or your children, endeavor to overcome it by argument and not by authority, for a victory dependent upon authority is unreal and illusory.
5. Have no respect for the authority of others, for there are always contrary authorities to be found.
6. Do not use power to suppress opinions you think pernicious, for if you do the opinions will suppress you.
7. Do not fear to be eccentric in opinion, for every opinion now accepted was once eccentric.
8. Find more pleasure in intelligent dissent than in passive agreement, for, if you value intelligence as you should, the former implies a deeper agreement than the latter.
9. Be scrupulously truthful, even if the truth is inconvenient, for it is more inconvenient when you try to conceal it.
10. Do not feel envious of the happiness of those who live in a fool’s paradise, for only a fool will think that it is happiness.