Google doesn't have a political bias. It has a technology bias.

On Tuesday, President Donald Trump claimed that Google is deliberately manipulating its algorithms to shut out conservative media outlets from news search results. 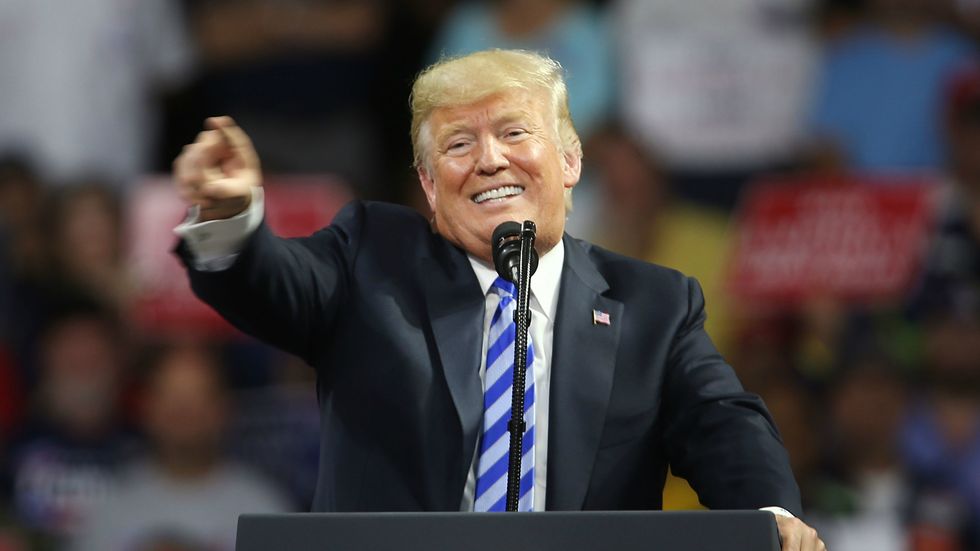 It was just one month ago when President Donald Trump called Google “one of our great companies.”

But on Tuesday, Trump turned his sights on Google, claiming on Twitter that the search engine manipulates its algorithms to favor left-leaning news stories and shut out conservative outlets.

“Google search results for “Trump News” shows only the viewing/reporting of Fake News Media. In other words, they have it RIGGED, for me & others, so that almost all stories & news is BAD. Fake CNN is prominent. Republican/Conservative & Fair Media is shut out. Illegal?” the president wrote.

“96% of.......results on “Trump News” are from National Left-Wing Media, very dangerous. Google & others are suppressing voices of Conservatives and hiding information and news that is good. They are controlling what we can & cannot see. This is a very serious situation-will be addressed!”

The president’s concerns seem to stem from an article published by PJ Media titled ‘96 Percent of Google Search Results for 'Trump' News Are from Liberal Media Outlets’. Written by Paula Bolyard, who describes her own article as “not scientific,” it suggests Google is prioritizing left-leaning news and deprioritizing conservative media outlets.

Bolyard’s proof: She searched “Trump” in Google’s News tab and tallied up which news outlets appeared first, finding that websites she deemed left-leaning accounted for 96 of the top 100 results.

Google responded to Trump’s claim in a statement:

“Search is not used to set a political agenda and we don’t bias our results toward any political ideology,” the statement said. “Every year, we issue hundreds of improvements to our algorithms to ensure they surface high-quality content in response to users’ queries. We continually work to improve Google Search and we never rank search results to manipulate political sentiment.”

Trump is right about one thing: Google’s algorithms do have biases, but they’re almost surely technological—not political.

Google prioritizes search results based on three key criteria: relevancy, freshnes, and authoritativeness. Some of that prioritization process is controlled by bots. For example, a story filed seconds ago by a major media outlet would score higher in the ‘freshness’ category and would therefore have a greater chance of appearing higher up in the search results. Similarly, a story would be considered more ‘relevant’ if its headline and the words in the article closely align with your search query.

Authoritativeness is slightly trickier because it involves human input. Google hires thousands of ‘raters’ to score the authority of websites in an attempt to weed out spammy, low-quality websites and boost high-quality ones. These raters work under extensive guidelines that direct them to give low scores to websites designed to deceive users or promote hate, and give high scores to those that clearly label advertising, have won journalism awards or show positive reviews from users.

News outlets that excel in these three categories are more likely to appear first in a Google news search. So, why did Bolyard’s search yield a disproportionately high amount of so-called liberal news outlets? One reason is the way she chose to measure the results.

Bolyard used Sharyl Attkisson’s media bias chart to categorize which outlets were conservative or liberal. It’s a subjective and unscientific chart, but it seems generally correct in providing an indication of which way an outlet tends to lean. But there are far more liberal media outlets on Attkisson’s chart there are conservative ones. So, all other things equal, you’d expect a news search to return more liberal outlets simply because most media companies lean to the left.


Ultimately, the precise inner workings of the algorithms are kept secret except to those who work for Google, even if the company is generally transparent about its search algorithm processes. Keeping this kind of information private is a common practice among tech companies like Facebook and Twitter, but it comes at a cost.

“Black box algorithms may be kept secret for business and intellectual property reasons, but they’re vulnerable to conspiracy theories,” Brendan Nyhan, a political scientist at the University of Michigan, told WIRED. “There’s no way to know what the algorithm is doing for someone outside of Google or Facebook, or whatever tech company you’re talking about. And in some deeper, fundamental way, some of the machine learning algorithms, even the people working on them don’t fully understand what they’re doing.”

“The conceptual problem with Trump’s tweets is the idea that an algorithm is only fair if it returns an equally balanced number of stories favoring one side versus the other,” Nyhan told WIRED. “Take that to its logical extreme: Imagine if you searched for ‘does gravity exist,’ and Google had to return half of the search results saying, ‘actually it doesn’t.’ It’s a preposterous notion, but that’s the implication of the president’s claim here.”

Trump’s tweets come just weeks after tech companies like YouTube and Facebook removed pages and content belonging to the right-wing conspiracy theorist Alex Jones, who claimed Silicon Valley is engaged in a liberal plot to shut out conservative media outlets for political purposes.

On Tuesday, White House economic adviser Larry Kudlow said the administration is going to conduct “investigations and analysis” on the issue but said officials are “just looking into it.”