Why Oscar Wilde was a socialist anarchist 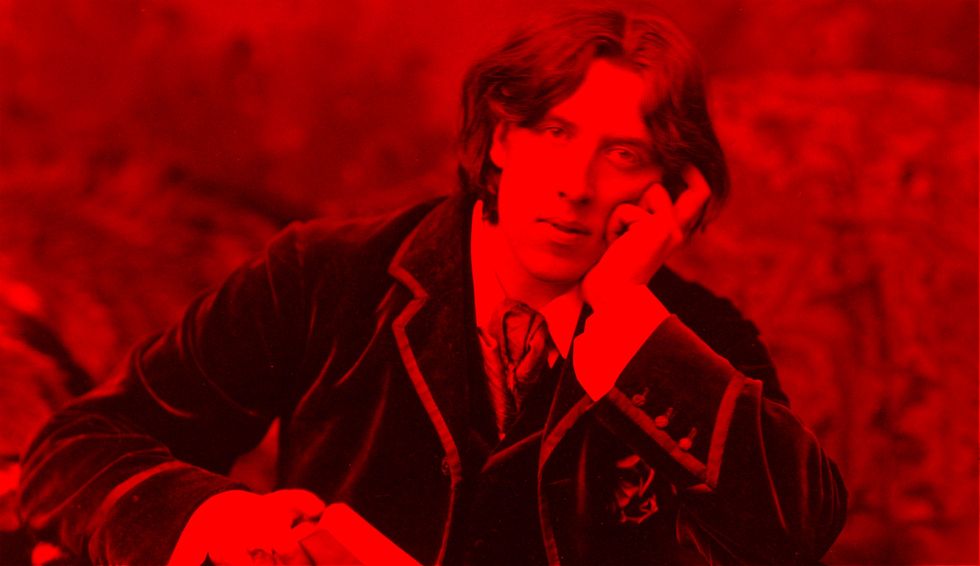 Trying to understand the arguments of a person whose worldview is opposed to yours is often an exceedingly difficult task. In our ever more diverse and interconnected world, however, we must try. Here, we’ll examine the radical views of a brilliant mind, to help show you how it can be done.

Who was Oscar Wilde?

Oscar Wilde was one of the greatest authors of the late 19th century. A poet of the highest order, he wrote several works which are still widely read today, including The Picture of Dorian Gray and The Importance of Being Earnest. His wit and humor are legendary, as is the story of his fall, decline, and death.

Being a poet, Wilde was remarkably in tune with the social problems of his age. His proposed cure to the various ailments of Victorian England was a radical socialism which had only been tried for short periods before. His arguments are abstract, and he makes only passing mention of financial details. However, they are still worth considering—if only to help us understand how a revolutionary mind works. Why was Oscar Wilde a socialist?

In his essay The Soul of Man Under Socialism, Wilde begins his argument for collectivism from a strange starting point. He does not desire the perfectly equal society nor one that subjugates the individual will to the common good. He is attracted to left-wing views because of his belief that “Socialism itself will be of value simply because it will lead to Individualism.”

But, how? Isn’t socialism the opposite of individualism? Wilde believed that capitalism as it existed at the time, with the poor working for a pittance and the rich overly concerned with business affairs, prevented almost everyone from developing their personalities, reaching the peaks of individual achievement, and truly living life to the fullest.

He argued that giving control of the means of production to the community would free the poor from the horrors of poverty and the rich from the fear of going broke. This would then allow people to explore their personalities and live life fully. As Wilde phrases it, under his ideal system, “One will live. To live is the rarest thing in the world. Most people exist, that is all.”

Given recent studies showing how horrible worrying about money is for your health, he might have been on to something.

What about all the totalitarianism? Why didn’t he predict that?

Of course, he understands that authoritarian socialism would fail to promote this individualism. He found the idea of “economic tyranny” by the state to be a dangerous concept which would be worse than the Dickensian world he lived in. He demanded that any collectivization must be done voluntarily and without coercion of any kind.

Writing this when he did, long before the totalitarian socialist regimes of the 20th century, his ideas were prophetic. Given how strongly he argues against centralizing economic power in the state, today he would perhaps best be labeled as an anarchist. Did these ideas have anything to do with his art?

Oscar Wilde was first and foremost a writer and poet. His essay reflects this. When he muses on the few human beings who have been able to fully actualize themselves as individuals up to that time he lists artists such as Lord Byron, Percy Shelly, and Victor Hugo. His ideal world is designed to create artists.

In Wilde’s mind, freeing the individual from either slaving for poverty wages or having to tend to vast estates to avoid the fate of the poor will allow for everyone to focus on creative pursuits. This, in turn, will foster the development of the individual. His utopia is, as historian George Woodcock phrased it, “the society most favorable to the artist.”

Wilde sees no conflict between the ideal world for the artist and for the fostering of individualism since he also says that “art is the most intense mode of Individualism that the world has known.”

What did he think about reforming capitalism?

Wilde was writing during the tail end of the Victorian era, when the poor were tossed into workhouses and the starving had little recourse other than the sympathy of others. While he would find modern capitalism to be more humane than the classical variety he endured, his more radical desires, such as liberating the rich from the duties of business management, would remain unsatisfied in even the most fundamentally reformed capitalist system.

Furthermore, he seems to consider reform to be a disservice to those who need help the most. As he sees it, to give aid to the poor merely prolongs their suffering. By making the situation of the worst off slightly more comfortable, the charitable tend to the symptoms of poverty, but not the disease.

Oscar Wilde was a writer of unusual wit and ability. His praise of the individual and disgust at the injustices of England at the height of its power drove him towards an anarchist vision long before the trials of the 20th century would dim the dreams of many a left-wing idealist.

His arguments, while dated, show us the inner workings of a revolutionary mind similar to those we often encounter but rarely understand. His points, while often utopian, are still vital for us to consider as we look towards the future. As he put it:

“A map of the world that does not include Utopia is not worth even glancing at, for it leaves out the one country at which Humanity is always landing. And when Humanity lands there, it looks out, and, seeing a better country, sets sail. Progress is the realization of Utopias.”