Need more meaning in your life? A new study suggests more sex might do the trick

Can't find meaning in your life? A new study has the next best thing. 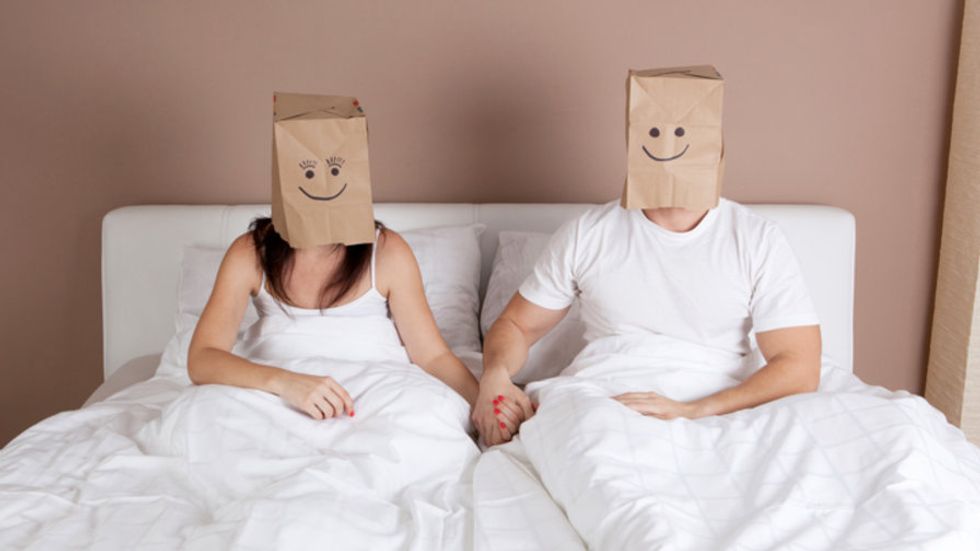 The search for meaning in our lives is one of the great driving forces of human history. Viktor Frankl based his psychology on that search. Existentialism is based mainly on the need for meaning.  As anybody who has had an existential crisis or three knows, not having meaning in your life can cause anxiety, dread, fear, and loathing.

Between alienation, isolation, and the absurdity we face every day, most of us need a bit of a pick me up when it comes to having meaning in our lives from time to time.

Luckily, a new study shows an interesting way to find more meaning in your life: having sex.

A recent study by Todd B. Kashdan and others at George Mason University asked participants a to answer a series of questions every day relating to their life satisfaction and the frequency, intimacy, enjoyability of their sexual activity. Life satisfaction was measured with several parameters, including mood and if they found that day to be meaningful.

The question used to determine that was “How meaningful did you feel your life was today?” A phrasing that has appeared on other tests of well-being and is considered to measure if people find their lives meaningful or not adequately.

The subjects, 152 adults who were mostly female, were asked to fill out demographic reports which included whether or not they were in relationships and information on the length and closeness of those relationships. They were then asked to fill out an online form every night detailing their mood, how meaningful they found their lives to be, and if they engaged in sexual activity. They were asked to rate that activity in terms of enjoyment and intimacy on a standardized scale.

What did they find out?

Neither pleasure, intimacy, or how much their mood had improved affected the increased sense of finding meaning in life. This facet of well-being improved consistently for all test subjects after sex and was affected only by the quality of their relationship, if any.

Curiously, the results suggest that being in a committed relationship of any length has little to no effect on reported well-being. Those in the closest relationships, however, did show higher levels of well-being improvement compared to everyone else. In light of this, the authors suggest that a dominant component of feeling like your life has meaning may be having meaningful social connections. A suggestion that Aristotle would agree with.

As the authors note, the study raises interesting questions concerning the relationship between hedonistic and eudaemonic happiness. If the two kinds of happiness are totally unrelated then results that show sex, often associated with hedonistic happiness, helps people find more meaning in their lives requires further explanation. The differing types of happiness are often considered at least somewhat distinct from one another.

Although, the connection between finding meaning in life and sex may explain both the philosophy and lifestyle of Albert Camus.

The authors of the study note with surprise that the literature concerning the relationship between sex and well-being is rather unimpressive given the history of psychological inquiry into the matter. They also point out that in most models of well-being sexuality is, strangely, left out entirely. However, after reviewing the literature that does exist, they believe that their findings are in line with the previous studies which have been made on the subject.

While the often hedonistic pursuit of sex might not be a full replacement for a lifestyle that pursues eudaemonia, this study suggests that some overlap between the two forms of happiness, particularly where feeling as though your life has meaning is concerned, does exist. While the benefits are fleeting and at least somewhat subject to other factors, it does seem that there is a way to find momentary freedom from the problem of finding meaning in your life.