Three kinds of happiness, and how to achieve them

The question isn't "are you happy"... but rather "what kind of happy are you"? 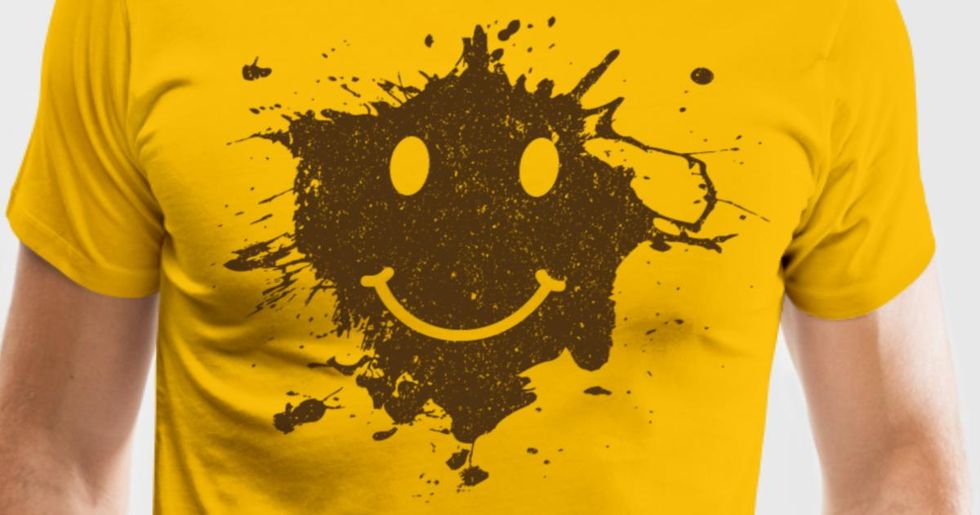 Quick question, are you happy? If you need more than two seconds to answer it, I can wait. For many people, happiness is the end all meaning of life; that rare and beautiful thing that they long for more than anything. If you can’t answer that you are happy, don’t worry; you’re in good, if glum, company.

But maybe the question would be easier if we asked: what kind of “happy” are you?

When people talk about “happiness”, there can be more than a few things we are really talking about. The most common understanding of it is “feeling good”. This relates to hedonistic happiness and the seeking of pleasure while avoiding pain. It is a common approach to happiness, one which has been enshrined in the philosophy of Utilitarianism. It is not, however, the only way to be happy. Eudaimonic Happiness, for example, is rather different. Eudaimonia means “flourishing”and is the idea of having a worthwhile life rather than an explicitly pleasant one. The idea goes back to Socrates and the Stoics who argued that being virtuous was enough to assure a good life even; if it was less pleasurable than a life of vice.

The idea was also the foundation of Aristotle’s virtue ethics, though he argued that a truly excellent life also required a few external goods as well as virtue; money, friendship, beauty, and a decent amount of luck among them. For Aristotle the most worthwhile life is the life of reason, to live virtuously and intellectually is far superior to living otherwise, even if it can be less fun.

More recently, the idea was given a psychological reboot with Maslow’s hierarchy of needs. A person who has reached the apex of the pyramid, self-actualization, and self-transcendence, can be said to be living a Eudemonic life. One where they seek to fulfill their potential and life their lives to the fullest.

There is also the idea of Evaluative Happiness. This idea is fairly straightforward, social scientists ask people on questionnaires to rate their happiness on a scale from 1-10.  This kind of happiness is most closely tied to “life satisfaction” and the fulfillment of goals. Given that it can be measured very simply and doesn’t make assumptions about what will make the person answering the question happy, it is considered the gold standard of well-being metrics.

How can I be happy then? Is there a guide to reaching each form of happiness?

Hedonism can be the easiest kind of happiness to conceptualize, just chase pleasures while running away from pain as fast as you can. However, this isn’t going to work for you in the long run. This was the key insight of the Buddha, the Stoics, and other thinkers throughout history.

The Greek hedonist Epicurus argued that the key to hedonistic happiness was moderation. Living a life of simple pleasures, he thought, would maximize pleasure experienced over the long run. For example; while we might be tempted to live richly even for a short time before returning to a typical lifestyle Epicurus argues that this will make us less happy than if we just lived moderately all along- as then we cannot miss luxury. For the less than stoic we have John Stuart Mill, the greatest of the Utilitarian philosophers. He expanded on the idea of hedonism being more than the life of base pleasure seeking. In his work, Utilitarianism, he argues that some pleasures are higher than others. For a person who could do both, reading Shakespeare will give more pleasure than drinking heavily, so Mill postulates. Though the accuracy of this statement has been debated for some time; to really achieve hedonistic happiness Mill would have us develop our intellectual abilities and find pleasure in their use rather than seeking the “happiness of a pig”.

Though, he does look contented.

For Eudaimonia, Aristotle left us a how-to guide in the form of the Nicomachean Ethics. Suggesting that each virtue is the median between one vice of deficiency and one of excess. He argues that we can, by practice, come to embody virtue and become “flourishing” people, given the good fortune of having the necessary external goods as well.

The difficulty with Eudaimonia, as opposed to other forms of happiness, is that it not only requires most of a lifetime to really get right, but there is still a great deal of debate over what “right” is. Maslow’s hierarchy of needs has been criticized as being of use only to a person living in an individualistic society, what a constitutes a flourishing person, and how you personally can reach your potential, is different for each everybody. Learning what your potentials are is an art in itself.

There is also the criticism that most Eudaimonic theories all but require the individual to be reasonably well off to be successful in reaching their goal. Recognizing this, American philosopher Martha Nussbaum has written on how the Scandinavian countries, with their generous social programs that assure people’s basic needs are fulfilled, are best able to allow their citizens to flourish. The consistently high scores of those nations in happiness rankings suggests they may be on to something.

Evaluative happiness is also very open to individual choice. What makes you happiest is up to you, the problem is going out and getting it. Places with high scores for this kind of happiness can be quite different from one another. Singapore scores very high on happiness tests, but for differing reasons than does Costa Rica. However, people who do have this kind of happiness tend to have things in common; like financial security, status, pride in their work, and feeling as though they are living their values. This, like Eudaimonia, can take decades to truly achieve, and can also be very dependent on having a decent amount of luck.

There is more than one way to be happy. Each of the three kinds we considered here is valuable in its own way. By better understanding the ways we can be happy we have a better chance of doing it. Before you despair too much at how long it might take you to become “happy” based on these three schools, remember this quote by the American psychologist Carl Rogers, “The good life is a process, not a state of being”. Starling flocks, schools of fish, and clouds of insects all agree.