Getting serious about plant intelligence 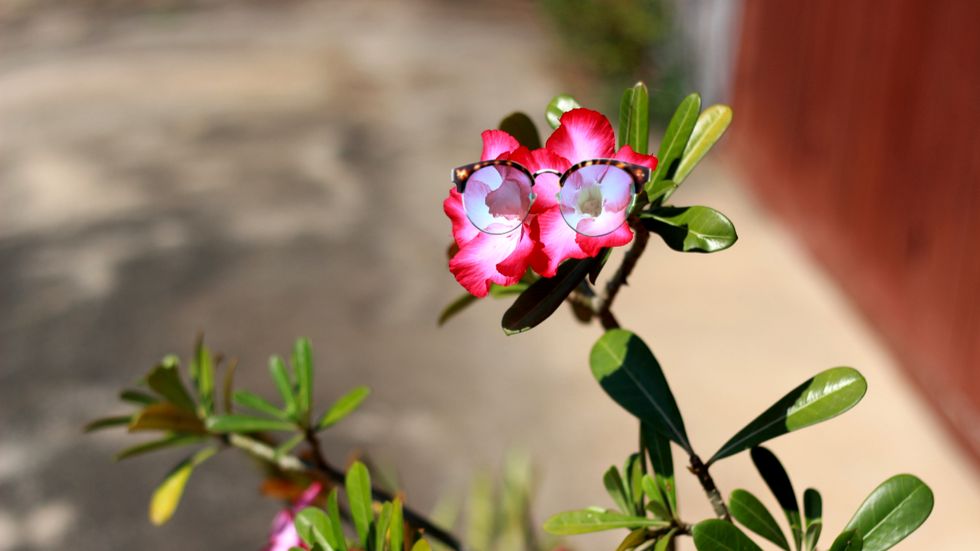 Monica Gagliano studies learning and memory in plants. She's an “evolutionary ecologist" who performs behavioral experiments on plants that are adapted from studies of animal intelligence. Her work has convinced her that plants learn and have memories. Gagliano's been cited in The New Yorker, and she spoke recently to radiolab. Her peer-reviewed conclusions are at times controversial, though specific criticisms of her methodologies have been sparse. In promoting her upcoming book, Thus Spoke the Plant, she gave a thought-provoking interview to Andréa Morris writing for Forbes in May 2018.

Gagliano admits it's a field of study that not everyone takes seriously, and she's weary of being lumped in with the group of 36 scientists who published a 2006 article announcing the birth of “plant neurobiology," a provocative choice considering that plants don't have neurons, at least in their usual sense. Gagliano says that rather than advance further research, their announcement impeded it, at least in part due to the intense objections it provoked that still resonate. As recently as 2013, cellular and molecular physiologist Clifford Slayman told Michael Pollan in the above-cited The New Yorker piece that plant neurobiology was, “the last serious confrontation between the scientific community and the nuthouse on these issues."

For skeptics, the plant neurobiology article was likely just another bit of ridiculousness after the now-largely discredited 1973 book The Secret Life of Plants credited plants with consciousness — and psychic abilities. Daniel Chamovitz, author of What a Plant Knows says that 1973 book “stymied important research on plant behavior as scientists became wary of any studies that hinted at parallels between animal senses and plant senses."

Gagliano told Morris that another roadblock to “plant cognitive ecology" research is that, “Many plant biologists, especially physiologists, are actually very much into little molecules and little signals and this chemical does this and therefore the plant does this and on and on." To the ecologist, “In a sense, there is no plant and environment. The plant and environment are one unit. For me, a plant isn't an object, it's always a subject that is interacting with other subjects in the environment. I had to learn. I just assumed that everyone would see things like this. But no."

Gagliano believes nonetheless that by being meticulous with her own methodology, and by being rigorously discriminating in her conclusions, she's producing science that will eventually be validated. She finds the usual dismissiveness of the entire field maddeningly unscientific. As she told Morris, “It's counterproductive when a new field needs good, solid, strong, data-driven science. Instead, it dilutes, in a way, the impact that the science could have. It's kind of unacceptable in any field, let alone a new field. So for me, what this field really needs is true vision and data — more experimental work."

While “behavior" may seem an odd word to use, the undisputed fact is that plants do respond to stimuli, albeit often very slowly over the course of hours, days, or weeks. This makes it easy to feel like nothing is going on with them. Still, as Pollan points out, “A race of aliens living in a radically sped-up dimension of time arrive on Earth and, unable to detect any movement in humans, come to the logical conclusion that we are “inert material" with which they may do as they please. The aliens proceed ruthlessly to exploit us."

Plants do, however, sometimes move in a time frame we can perceive, as in Gagliano's controversial study of Mimosa pudica — or “touch-me-not" — a plant whose leaves fold when touched or disturbed, the assumption being that it's the plant's response to insects that might pose a threat.

In Gagliano's experiment, she dropped 56 potted mimosas from a height of 15 centimeters, causing their leaves to fold as expected. Looking to find out if they could “habituate" to the disturbance, she repeated the process 60 times, finding that even after four to six drops, the mimosas no longer responded. “By the end, they were completely open," she said in presenting her research to other scientists. “They couldn't care less anymore."

To eliminate fatigue as the explanation, and to see if the plants could remember what they'd learned, Gagliano left the mimosas to recover, retesting them in a week and again 28 days later. She found that their leaves no longer responded to being dropped, suggesting that the plants did, in fact, remember their lessons of nearly a month earlier. Gagliano concluded that brains like ours and animals' may not actually be required for learning, but rather that there's “some unifying mechanism across living systems that can process information and learn." The audience response to her presentation was divided.

There's an important challenge that plants face which must be recognized and factored in: They're “sessile," rooted to the ground and, as Pollan puts it, a plant “has to find everything it needs, and has to defend itself, while remaining fixed in place." He writes that plants, therefore, require an “extensive and nuanced understanding" of what's around them to have a chance of surviving. “A highly developed sensory apparatus is required to locate food and identify threats."

Pollan also says there are some 15 to 20 unique senses plants have developed to survive. They can, for example, sense moisture, gravity, various minerals, and chemicals, including electrochemical signals from surrounding flora.

Plants also have their own versions of our five senses, if one considers the senses from the perspective of what they do, rather than how they do it. They, of course, lack eyes, for example, but can perceive, or “see," and react to light. They can “smell" and taste" by responding to chemicals present in the air around or on them, their roots “feel" when they hit a solid object they need to get around, and they even “hear," as recent experiments show them reacting to caterpillar and water sounds.

Gagliano is looking to continue her work and has applied for funding from the Australian government. When she recently received the anonymous peer reviews of her proposal, she dishearteningly encountered some all-too-familiar closed-mindedness. She told Morris that one rejection began with, “it's very unlikely that plants are aware or conscious. So this entire project is meaningless."

While Gagliano gets that some scientists firmly believe that plant behavior will eventually be explained as biological mechanical processes, she doesn't understand their lack of curiosity. Citing recent surprises regarding slime molds and amoebas, she said to Morris, “when we have looked, the little bit that we have looked suggests that we should look further, we should look deeper." Gagliano added, “These guys, the critters, are amazing. They do stuff that we don't even dream of. And by not dreaming of it, we assume that it does not exist, which is what my colleague said in his comments." Her reviewer's frustrating attitude, she told Morris, is exactly the kind of perspective that hold new discoveries back: “Basically, it seems unlikely, so it's not possible, so there's no point in even looking. But it's not possible because he thinks it's not possible. It's a story that repeats. This is the history of science all over again."

Inquiry into plant intelligence didn't begin with Secret Life of Plants which did at the very least result in one of Stevie Wonder's most ambitious albums. Charles Darwin was fascinated by the subject, and it's been a subject of intermittent inquiry since Alexander von Humboldt found that animals and plants operate on the same bioelectrical principles. It's not silly science, really.

Gagliano looks forward to seeing expanded and thoughtful collaboration between plant physiologists, ecologist, among others, and even philosophers — after all, it's inventible that plant cognitive ecology will arrive back at the thorny questions of what it means to be conscious. It's too significant a biological presence to understand so poorly. As Pollan puts it, “Plants dominate every terrestrial environment, composing ninety-nine percent of the biomass on earth. By comparison, humans and all the other animals are, in the words of one plant neurobiologist, 'just traces.'"