Plants and Trees Communicate Through an Unseen Web

Plants can even ward off invaders through “Earth’s natural internet.” 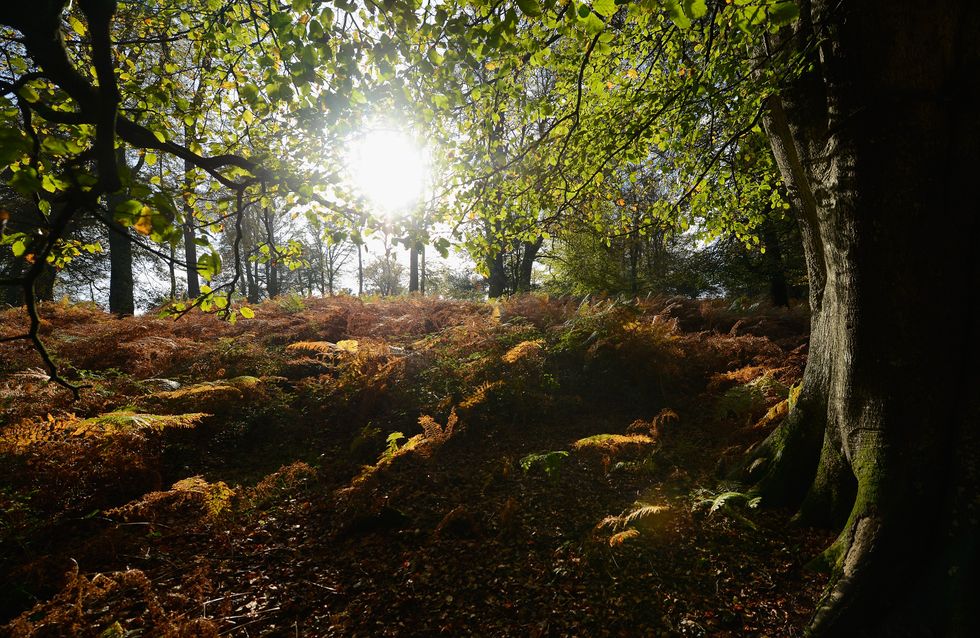 Your typical forest is doing more than meets the eye.

Ever borrow something from a friend or neighbor? You gossip while there too, right? Perhaps even align yourselves against a common enemy. The “Wood wide web,” can do all of this for plants. Fungi are made up of tiny threads called mycelium. These travel underground, connecting the roots of different plants in an area, even different species, together, allowing them to communicate and so much more. Some researchers say the trees of the forest and the mushrooms we find growing next to them are so interconnected, that it is hard for them to see trees as individual entities any longer.

Though this may sound like news to some, indications of “Earth’s natural internet” go back to the 19th century, beginning with German biologist Albert Bernard Frank. He is the first to discover a symbiotic relationship between fungal colonies and the roots of plants. Frank created the term "mycorrhiza" to describe this symbiosis. Today we know that approximately 90% of all land-based plants are connected through what is called the mycorrhizal network.

Fungi and trees are so interconnected, some scientists believes they should not be viewed as separate organisms.

Since the 1960s we’ve known that fungi aid in plant growth. Since then, scientists have learned that they also help plants locate water and provide certain nutrients through mycelia strands around their roots. The fungal networks protect plants from infection too, by providing protective compounds, stored in the roots, which are triggered should the plant be attacked. This phenomenon, called “priming,” makes the immune system of the plant far more effective. In return, plants feed their fungi carbohydrates on a consistent basis.

Besides defense, it also serves as a communication network, connecting even to plants which are far away. Paul Stamets first had the idea of such a network in the 1970s, while studying fungi under an electron microscope. He found that there were startling similarities between the precursor to the internet, the US defense department’s ARPANET, and these fungal networks. Yet, it took decades of research to uncover the sheer breadth of the phenomenon. Other scientists have since likened it to an animal’s nervous system.

In 1983, two studies proved that poplars and sugar maple trees warn each other about worrisome insects. When one tree becomes infested, it warns others who begin producing anti-insect chemicals, to protect against attack. These signals are sent through the air. Even then, the splinter group of scientists studying this phenomenon were for decades waved away. Since the late 90’s however, such researchers have proven that trees transfer carbon, nitrogen, phosphorus, and other nutrients, back and forth via mycelia. Today, though only a scant few study it, the phenomenon is no longer in doubt.

Suzanne Simard of the University of British Columbia discovered nutrient exchanges between Douglas fir trees and paper birches. She believes it goes even farther than this. Simard says that small, younger trees are helped through the network by larger, older ones. Without such aid, she said, seedlings wouldn’t stand a chance. Simard found in one study that food strapped seedlings stuck in the shade received carbon from nearby trees to help them along.

Of course, Simard isn’t suggesting that plants have consciousness or that they are individuals in any sense. But they are interacting and helping one another survive. Other experts warn that although we are aware of such exchanges, to what extent they occur remains unclear.

In 2010, Ren Sen Zeng, a researcher at South China Agricultural University, proved that plants communicate through the mycelia network. Zeng and colleagues found that when infected with blight, tomato plants release a chemical signal to warn others nearby. These plants also “eavesdrop” on neighbors, to determine when to build up their defenses against oncoming pathogens. A 2013 study found that broad beans also signaled neighbors through the fungal network, this time due to an aphid infestation. But not all interactions are helpful. There is a dark side to the mycorrhizal network, too.

A phantom orchid for instance cannot produce its own energy. Instead, it steals carbon from trees close by in order to survive, accessing the nutrients via the mycelia threads connecting them. Other orchids, known as “mixotrophs” can photosynthesize, but steal from others when it suits them. Plants also at times compete for resources such as light and water. When this occurs, some release toxins to slow their competitors encroachment in a process is called, "allelopathy." Certain species of Eucalyptus, , American sycamores, acacias, and sugarberries are known to do this. The chemicals they release travel the network and block nearby plants from establishing themselves, or reduce the number of friendly microbes at their roots to impede their opponent’s growth.

Some experts theorize that animals may be taking advantage of the fungal network for their own ends. The same chemicals that bring helpful fungi and bacteria to a plant’s roots might also signal worms and other harmful organisms looking for a snack. But this theory to date hasn’t been tested. Some say the fungal network gives us another example of how interconnected all life on Earth actually is and how each organism depends on another and in turn is depended upon. It also makes us question whether such actions constitute behavior, and what motivated plants to link up to begin with, and for fungi to lend a hand in the endeavor.

To learn more about how plants communicate click here: