One of climate-change deniers’ favorites assertions to make is that it’s not us throwing all that carbon dioxide into the atmosphere — it’s those pesky volcanoes. While it’s true that volcanoes spew tons of pollutants into the air when they erupt, do they really contribute more CO2 than we do? Or even the same amount as we do? Short answer: Hell, no. Astrophysicist, science communicator and NASA columnist Ethan Siegel explains how the comparison shakes out in an article for Medium.

Before getting into the numbers, though, it’s worth noting that volcanic activity is the earth’s way of getting needed carbon out of the crust and into the atmosphere in CO2. And for billions of years we believe this has been going on without resulting in the kinds of elevated CO2 levels we’re seeing now: an estimated 3.2 trillion tons, of which 870 billion tons are carbon. What’s changed? Us. 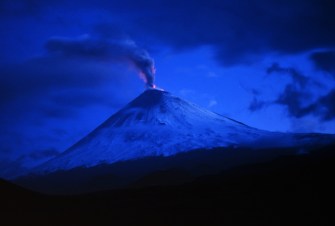 A 2013 study published in GeoScienceWorld tallied up all of the naturally occurring CO2 emissions per year. Siegel summarizes its findings in his Medium post:

Now, us. Human activity, adds an average of 29billiontons of CO2 each year to the atmosphere. Close? As we said at the top, nope. Not even. 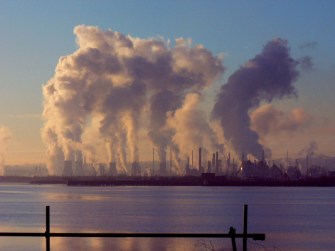 So the next time someone tries to let humankind off the climate-change hook, blaming volcanoes as part of a natural heating and cooling cycle, tell them no. If they try and play the alternate facts game with you, lay some of Siegel’s math on them.

This is clearly our mess. The earth was doing just fine before we began making all this trouble.

What are dormant volcanoes good for? Copper mining

Instead of digging for metals, we could extract them from salty, subterranean water.
Hard Science

Scientists track down a puzzling early burst of oxygen on Earth.
The Present

A fairly old idea, but a really good one, is about to hit the store shelves.
Hard Science

A network of devices called MERMAIDs is taking seismographs where they’ve never been.
Up Next
Culture & Religion