Everybody seems to like justice. Nearly every culture that has left us a written record of its thinking and way of life has elevated justice to the status of a cardinal virtue. The question of what justice is, however, has troubled leading minds for the last 3,000 years. Over time, the shift in what we consider justice to be is rather fascinating.

Here, we will compare ancient, medieval, and modern ideas of justice and see how far we have come. 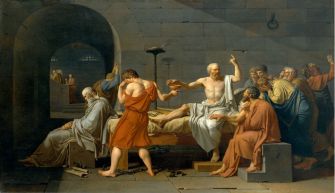 Socrates being put to death for corrupting the youth of Athens. Is this just? Or is the system that did this flawed? (Public domain)

In Ancient Greece justice was viewed rather differently than it is today. As explained in Plato’s Republic, viewing justice as harmony can lead to some very interesting ideas not only for how the individual should behave but also for how the state should be organized. Well, at least when Plato is doing the organizing.

For the individual, this means balancing the three parts of the soul: reason, spirit, and desire. The just individual does their duty in the right place and is fair in all dealings. Exactly how they will act is variable based on time and place, but a person with enough practical wisdom will know what to do.

For the city, this meant a rigid caste system ruled by philosopher kings with an iron fist and Orwellian control of daily life. This totalitarian system would assure every person was in their proper place and that the system would continue harmoniously. The interests of the individual had little claim to anything in this system as the interests of society were all that mattered.

Aristotle didn’t go so far as to argue for the totalitarian city-state of Republic but did agree that different groups of people should be treated differently under the law. In Politics, he even argues that some persons are “natural slaves” and it is best for everyone if those people are enslaved rather than free. 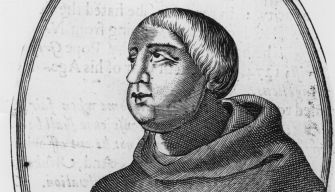 The leading European mind of the Middle Ages was St. Thomas Aquinas. The patron saint of teachers, his thought covered nearly all areas of philosophic endeavor. His ideas of justice remain influential in the Catholic Church, and a more modern school of ethical and political theory based on his ideas, known as Thomism, continues to attract interest.

Aquinas argued for a system of justice based on proportional reciprocity. That is, each just person gives what is due to others in the measure that they are due. This won’t be equal for everybody and what you owe them is going to be based not only on civil law but also on moral law. We should view ourselves as part of a community, he suggests, and our actions should also consider how to benefit everyone.

He also offers a shrewd way to view the virtue of justice. While even today it is not uncommon to hear the argument that an atheist cannot be trusted to be just as they don’t believe in divine reward and punishment, Aquinas shows us this is rather silly.

He understood that there were many things which could be understood by reason alone and did not require Christian faith to know. As the golden rule is one such thing, a non-Christian could be trusted to comprehend justice and act on it. This helped to legitimize pre-Christian and Islamic thought in a theocratic Europe that was suspicious of their heathen influence.

St. Aquinas also argued that there was such a thing as a “just price” for goods and services. He argues that while it is just to make a bit of profit, a seller that raises their prices in response to a spike in demand is acting unjustly. His theory of distributive justice isn’t as fleshed out as modern conceptions, however. 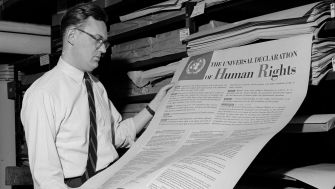 Perhaps the most striking difference between modern justice and that of previous eras is our conception of egalitarianism. Nearly all societies today at least give lip service to the idea that all people are considered equal before the law.

This egalitarianism has its roots in the enlightenment thought of many philosophers, not the least of whom was Immanuel Kant and his stance that we should treat all people as ends in themselves and not as tools for our desires. While this equality was limited to men at first, the scope of who qualifies for equal rights has continued to expand ever since—if slowly and in fits and starts.

While Smith based his system on the market, others looked to moral justifications for their theories. Marx, Mill, Rawls, and Nozick all offer us differing ideas of how goods should be distributed in a society based on the inherent rights and moral claims of the individual in ways that thinkers in ages past never considered. While their ideas are beyond the scope of this article, the links will take you to explanations.

What justice is, how we reach it, and what it means to both us and the state are questions which have plagued the world for the last few thousand years. As we have seen, the answers that societies have settled on have changed dramatically in that time. While ideas of what justice is continue to evolve, it can edify us to see what changes have already occurred.

Most of us today would view the concepts of ancient Greece and the Middle Ages as barbaric; how will our ideas be viewed in the far future? To reflect on the ideas long since put aside can give context to ours, and aid us going forward.

Related
How to live after your soulmate has died
Astronomer Michelle Thaller explains the healing power of physics after losing her husband.
▸
7 min
—
with
Michelle Thaller
The Future
Space travel will radically change human psychology and spirituality
We are traveling in a realm that once exclusively belonged to the gods. Space travel will force humanity to rethink everything.
13.8
What kind of intelligence is artificial intelligence?
The initial goal of AI was to create machines that think like humans. But that is not what happened at all.
The Present
What’s effective altruism? A philosopher explains
Some effective altruists “earn to give” — they make as much money as they can and then donate most of it to charities.
Sponsored
How to avoid family fights about money
No family is immune to money conflicts, no matter how much they love each other. Here’s what to look out for.
Up Next
Sex & Relationships
Relationships really do lead to weight gain, study finds
Even though couples tend to live healthier lifestyles, they put on extra weight. A new study offers potential clues why.