What Trump meant at Davos: “America first does not mean America alone.” 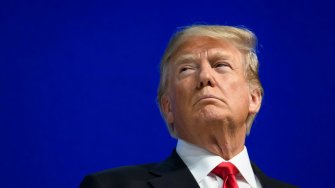 Sompob Pordi:It doesn’t matter what he said he mean or didn’t mean. Audience’s interpretation and understanding are all that matter.

And he knew he didn’t talk to the audiences in front of him. His intended audiences are ones at home whose votes are required for his 2nd term.

Politics is just like that. Very twisting, deceptive and most of the time disgusting.

Bill Gates is convinced that artificial intelligence will make our lives better and easier. Ummm… 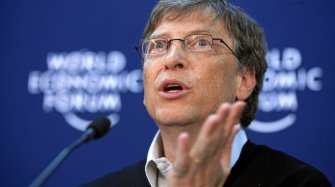 Mark Garrity:Heard someone on the radio saying the AI revolution will be like the industrial revolution was at the turn of the 20th century. Keep in mind over 90% of ppl were farmers in 1900. Today less 3% of us in the US are today. In the first 3 decades of the 20th century there was tremendous social displacement caused in part by technology. He predicted until society sorts it all out there will be much the same over the next 30 years as we destroy jobs with robotics and AI but haven’t yet replaced them. The whole purpose of automation, AI, robotics etc is to replace humans in the workplace. The only problem with that is humans not only make the products humans buy them too. Put enough ppl out of work and how many customers are left? I guess that’s why we hear talk of a guaranteed income. 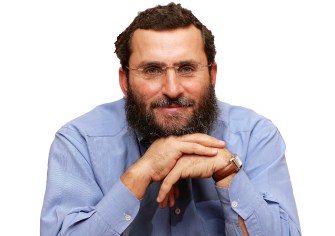 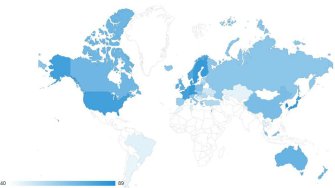 Richard Steven Jones: That’s because half the country refuses to evolve and instead likes to rely on old technology and practices, and will actually spend money to fight for them. Any industry that refuses to evolve deserves to go the way of the dinosaur.

Tags
commentsFacebookFacebook commentsFacebook trollsonline culture
In this article
commentsFacebookFacebook commentsFacebook trollsonline culture
Related
The Present
Election results: How Twitter, Facebook plan to block misinformation
Both social media companies plan to implement special protocols on Tuesday as election results begin rolling in.
The Present
Facebook finally adds option to delete old posts in batches
Got any embarrassing old posts collecting dust on your profile? Facebook wants to help you delete them.
The Present
Facebook moving forward with hiding like counts to fight envy
This could become a standard feature one day.
The Present
I invested in Facebook. By 2016, I couldn’t stay silent.
Why an early Facebook investor is now Facebook’s biggest critic.
▸
6 min
—
with
Roger McNamee
The Present
Slactivism: The problem with moral outrage on the internet
Why virtue signaling does nothing.
▸
with
Alice Dreger
Up Next
Hard Science
Everything you need to know about AJ129, the 2018 ‘Super Bowl asteroid’
While the Patriots battle the Eagles during Super Bowl LII, asteroid AJ129 is flying pretty close to Earth, cosmically speaking. But how close exactly will it be, and should you be concerned?