Researchers scan the brains of people having strong spiritual experiences. 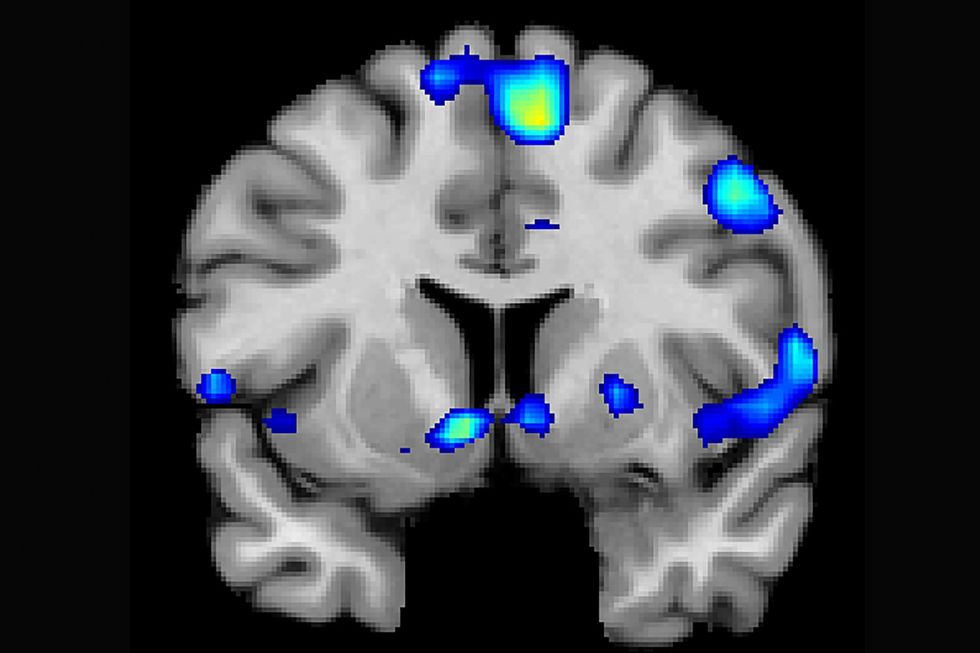 Religious and spiritual experiences have profound effects on many people around the world. A new study from a team of neuroscientists shows that what they feel is caused by activating the brain's reward circuits that control our ability to feel pleasure. It's the part of the brain associated with sex, drugs, music as well as love.

"We're just beginning to understand how the brain participates in experiences that believers interpret as spiritual, divine or transcendent," said Jeff Anderson, M.D., Ph.D. from the University of Utah School of Medicine, senior author of the study and neuroradiologist. "In the last few years, brain imaging technologies have matured in ways that are letting us approach questions that have been around for millennia."

To figure out how the brain processes spiritual feelings, the scientists focused their attention on a group of 19 church-going Mormons (12 males and 7 females - all former missionaries). The researchers caused these 20 to 30-year-olds to “feel the Spirit," an important concept in the Mormon faith, and performed fMRI scans on their brains.

To cause spiritual feelings, the scientists showed the subjects videos from the Mormon church, quotations from Mormon and other religious leaders, and had them read well-known passages from the Book of Mormon.

"When our study participants were instructed to think about a savior, about being with their families for eternity, about their heavenly rewards, their brains and bodies physically responded," said the study's lead author Michael Ferguson, Ph.D.

What is the significance of the study's conclusions? "Religious experience is perhaps the most influential part of how people make decisions that affect all of us, for good and for ill. Understanding what happens in the brain to contribute to those decisions is really important," pointed out Jeff Anderson.

He also noted that more studies would need to be done to understand if followers of other religions would show similar results.

Anderson sees that one application of what they found is in the study of religious radicalization and extremism. "Maladaptive religious experiences can be shaped by the same stimuli," he explained.

How did the participants feel about the study? Auriel Brunsvik Peterson, one of the subjects, felt validated by what she saw in the scans.

"I finally have a small shred of physical evidence ... that I am feeling something and I'm not crazy," she said. It showed that "you are experiencing something euphoric and life changing and... something special and something different."

Check out also this interview with Jeff Anderson:

The active parts of the brain during religious experiences by the study participants, including a reward circuit, the nucleus accumbens. Credit: Jeffrey Anderson