What do you get when you mix transcendental meditation with EEG-guided neurofeedback? What does ultrasound brain stimulation have to teach us about equanimity? Can a virtual reality technodelic hold therapeutic potential on par with psychedelic medicines?

These are the types of questions emerging within a new field of technological research that is creating brain-based technologies for spiritual enhancement. An eclectic group of innovative designers and scientists are using their education and skills to serve the good of humanity rather than the profit margin. These are the consciousness hackers, technodelic psychonauts, and enlightenment engineers who are exploring the possibility of “technoboosts” that can contribute to holistic human wellness and spiritual flourishing. They recognize that the path toward spiritual insight can be incredibly difficult, with one obstacle after another, and always uphill. Who has time for a fifty-day meditation retreat, let alone a two-year isolated meditation experience?!

Several commercial products already claim to help spiritual seekers achieve spiritually meaningful experiences with a lot less frustration, including the Muse brain-sensing headband, which uses neurofeedback to guide your brain into meditative states, and the Zendo e-meditation headset, which enhances meditation with electrical brain stimulation. In our new book, Spirit Tech: The Brave New World of Consciousness Hacking and Enlightenment Engineering, we cover these and many other exciting innovations.

“Fool’s gold!” some say. But experiences enhanced by spirit tech appear to be every bit as authentic and transformative as spontaneously occurring intense spiritual experiences or hard-won mystical meditation states.

The key insight behind spirit tech is the way the human brain works. There isn’t a single “god spot” in the brain, and there isn’t even circuitry dedicated to spirituality or mysticism. No surprise there; after all, spiritual experiences, including intense mystical experiences, are incredibly diverse in the way they feel to people, and it is unlikely a single region or circuit within the brain could generate such diversity. 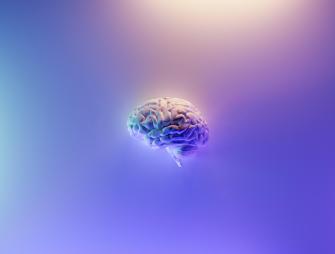 Those types of mystical experience, and others, have neural signatures. Today’s technology can read those signatures using brain imaging techniques. Then we can lead people toward such states, either with transcranial stimulation technologies or with neural feedback that encourages a desired mystical state without any external stimulation.

Yep. Consider neural feedback-guided meditation training. A meditation guide feeds the brain signature of your desired mystical state into a machine and uses a few EEG sensors on your scalp to feed your current brain state into the same machine. The machine compares the two states and supplies feedback to help you get from where you are to where you want to be. Maybe you stare at a screen and aim to align two circles, for instance. You are still meditating, but you’re no longer lost in the forest of the mind.

Expert meditators, who have special brains with built-in auto-feedback capabilities, have an advantage over the rest of us. Spirit tech democratizes meditation. It speeds up the learning process, decreases frustration, and brings us more quickly to prized states of mind and associated behavioral changes.

Spirituality in the brain

Scientists found out about neural signatures for mystical experiences partly by imaging the brains of expert meditators in mystical states and partly by observing the effects of selective brain damage. For example, Parkinson’s disease, though mostly known as a neurodegenerative process affecting motor skills, also makes connecting to spirituality more difficult, especially when the Parkinsonian shakes start on the left side of the body. That means that the damage due to the disease process — in this case, the dopamine circuitry in the right medial-frontal cortex — is implicated in producing some kinds of spiritual experiences. That’s a giant hint about how to produce such experiences. Scientists have tried to affect those parts of the brain with specially aligned and pulsed magnetic fields — a weak version of the repetitive transcranial magnetic stimulation used in hospitals to treat intractable depression — and seem to have produced powerful spiritual experiences in healthy people.

The Neuroscience of Enlightenment, with Dr. Andrew Newberg | Big Thinkwww.youtube.com

Other sources of insight into brain function come from stroke or accident, both of which can selectively damage parts of the brain. Lost function tells us something about the roles brain regions play in producing thoughts, emotions, and behavior. Strokes and diseases affecting motivation often involve damage to the basal ganglia, producing a situation in which the patient has a feeling of no self, with no pleasure and no drive to do anything. Well, some meditation traditions aim for no-self equanimity that seems a bit like that, without the deadly side effects, of course. Could there be a safe way to inhibit or disrupt normal activity in the basal ganglia and see what happens? That’s a deep structure, too deep for electric or magnetic fields to penetrate selectively. But ultrasound can reach deep into the brain. Anyone want to try a greatly weakened version of a technology similar to the one used to blast kidney stones?!

Famous meditation teacher Shinzen Young volunteered. He was patient #1 for neuroscientist Jay Sanguinetti. In what was an amazingly trusting relationship, they tried transcranial focused ultrasound (tFUS), targeting the parts of the brain they thought were critical to the production of a sense of self. Shinzen reported some of the most powerful mystical states in his entire meditation career. And so did a whole bunch of veteran meditators who subsequently tried the tech.

There are lots more of these spiritually potent technologies, including high-tech ways to enhance spiritual togetherness and virtual-reality experiences that create something like a psychedelic experience without any drugs. They are arriving thick and fast, and the landscape can feel confusing. So, let’s close by considering two common concerns.

Are tech-assisted spiritual experiences authentic? Judging from the reports of people who have experienced both tech-assisted and no-tech spiritual experiences, we think the answer is usually yes. They are the real deal, potentially. But they create opportunities for exploitation by unscrupulous companies who would take advantage of spiritual questers for a quick buck. Our advice: make sure you know who is making these products and why.

Are tech-assisted spiritual experiences safe? So far, the answer seems to be yes, but there are dangers. Just as intense tech-free meditation experiences can skittle the psychic stability of some people and bring on psychosis, so tech-assisted spiritual experiences might be unhealthy for some people. Similarly, any technology can be abused and used to harm people. So, if you want to go this way, be a smart consumer, just as you study the safety features of a car before committing to buy.

Mystical experiences on demand? Apparently, yes. But while you’re worrying about authenticity and safety, don’t forget to pause and ponder the possibilities of setting loose in the world the kinds of experience that routinely change priorities and values in the direction of the good, the true, and the beautiful.

Wesley J. Wildman is a professor in the School of Theology and the Faculty of Computing and Data Sciences at Boston University. Kate J. Stockly is a lecturer at Boston University and a researcher at the Center for Mind and Culture. They are the authors of Spirit Tech: The Brave New World of Consciousness Hacking and Enlightenment Engineering (New York: St. Martin’s Press, 2021).

People think that unhappiness causes our minds to wander, but what if the causation goes the other way?
Up Next
Starts With A Bang

What The Heaviest, Smallest White Dwarf Ever Found Means For Science

This illustration shows the rapidly rotating, highly magnetized white dwarf with the smallest radius ever found, with Earth’s moon shown nearby for a size comparison. With a radius of ~2,140 […]