The Very Common Painkiller Linked to Autism and Hyperactivity in Children

A new study links one of the world's most popular painkillers to an increase in autism spectrum and hyperactivity symptoms. 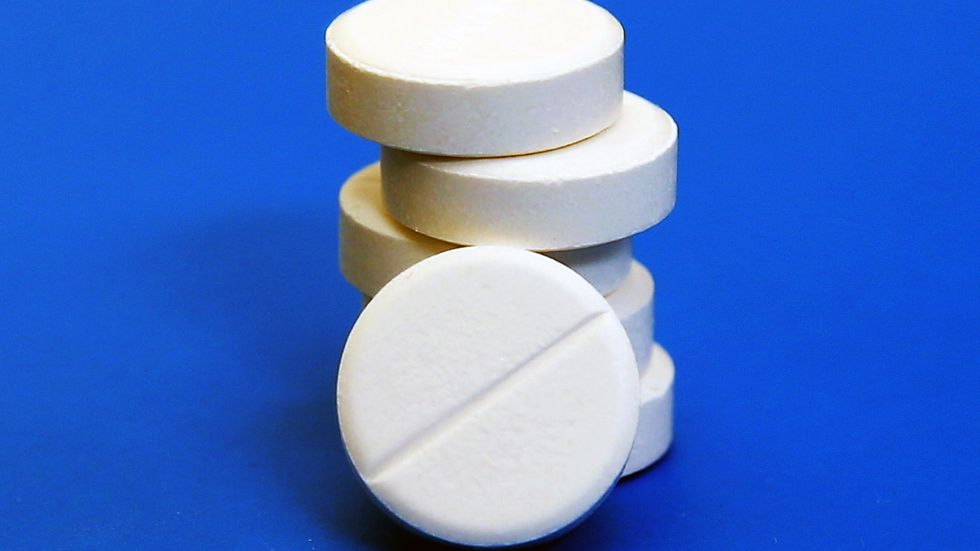 Acetaminophen has been coming under increased scrutiny from the scientific community for a variety of possible side effects, including a recent study about its effect on empathy. Now, new research comes out that shows a possible relationship of acetaminophen use by pregnant women to autism spectrum and hyperactivity symptoms in their children.

Acetaminophen is used as an ingredient in over 600 medications like Tylenol or Paracetamol and is commonly used during pregnancy (taken by around 65% of expectant mothers in the U.S.) The study by Spanish scientists found that its use was linked to an increase of 2 clinical autism spectrum symptoms in boys and an increase of 30% in the risk for attention deficit symptoms for both boys and girls.

The research involved 2644 mother-child pairs who were evaluated when the child was one and five. The mothers were asked about their use of acetaminophen.

Around 40% of the women took acetaminophen at some point during their first 32 weeks of pregnancy and their children showed a higher risk of a variety of symptoms.

Claudia Avella-Garcia, researcher at CREAL in Barcelona, elaborated that:

"although we measured symptoms and not diagnoses, an increase in the number of symptoms that a child has, can affect him or her, even if they are not severe enough to warrant a clinical diagnosis of a neurodevelopmental disorder."

How could the drug make this happen?

The study other author, Dr. Jordi Júlvez from CREAL, explained:

"Paracetamol could be harmful to neurodevelopment for several reasons. First of all, it relieves pain by acting on cannabinoid receptors in the brain. Since these receptors normally help determine how neurons mature and connect with one another, paracetamol could alter these important processes. It can also affect the development of the immune system, or be directly toxic to some fetuses that may not have the same capacity as an adult to metabolize this drug, or by creating oxidative stress."

As far as why boys could be more likely to exhibit autism spectrum symptoms, Claudia Avella-Garcia added:

"The male brain may be more vulnerable to harmful influences during early life. Our differing gender results suggest that androgenic endocrine disruption, to which male brains could be more sensitive, may explain the association."

The scientists ultimately concluded that exposing unborn children to acetaminophen through medicines like Tylenol could increase the number of kids with autism spectrum symptoms and ADHD. But more studies are needed to confirm this relationship, especially ones where precise dosage could be tracked.

This was the one major criticism of the study as voiced by Dr. James Cusack of a U.K. autism charity. He points out that:

"The results presented are preliminary in their nature, and so should not concern families or pregnant women. As the authors correctly state, more research, with careful control for other factors is required to understand whether a link exists at all."

Dr. Cusack further focuses on the fact that the study involved asking people to recall how they used the acetaminophen, a rather inexact method.

However, there have been other studies that showed potential concerns like the 2013 Norwegian study that involved over 48,000 kids and found that children of women who took acetaminophen while pregnant were 70% more likely to exhibit brain abnormalities and developmental delays.

A 2014 Danish study that tracked 64,000 children and similarly found that those whose moms took acetaminophen during pregnancy were more likely to have attention deficit disorders, which increased in severity with the amount of the drug taken.

A further analysis of the same data resulted in the 2015 paper by mostly the same scientists that showed more specifically an increased risk of autism spectrum symptoms with accompanying hyperactivity.

The makers of Tylenol are understandably disputing these studies, saying that none of them currently show:

“a causal link between acetaminophen use during pregnancy or in childhood and adverse effects on child development, including autism.”

There has also been additional criticism of the study from some scientists like Dr James Cusack, director of science at the autism research charity, Autistica, who said:

"This paper does not provide sufficient evidence to support the claim that there is a strong association between paracetamol use and the presentation of symptoms of autism. Rather, the results presented are preliminary in their nature, and so should not concern families or pregnant women. This is particularly true given the array of environmental factors which have been associated with autism, only to be rejected later."

Additionally, Professor Alan Cameron, vice president of clinical quality at the Royal College of Obstetricians and Gynaecologists, pointed out:

"Paracetamol is one of the most common medicines used to reduce a high temperature and ease pain; it is safe and is used routinely during all stages of pregnancy.

"The preliminary results from this study suggest that frequent paracetamol use throughout pregnancy may impact attention function and slightly increase the risk of hyperactivity in the offspring at aged 5 years old. No effect on cognitive, motor or social development was identified.

"It is important to highlight that from these results we cannot determine a direct link between paracetamol usage and any neurodevelopmental problems. Future studies should take into account dosage as well as other possible contributory factors.

"However, women should not be alarmed by the results of this study and we recommend that pregnant women continue to follow cucurrent guidance and take the lowest effective dose for the shortest possible time when necessary."

While the jury is still out on acetaminophen, you can read the full Spanish study here in the International Journal of Epidemiology.