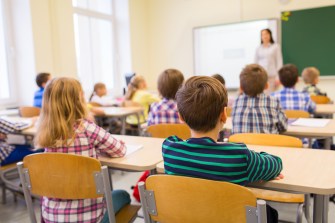 1 in 6 (or 1 in 3, depending on the school district) children were shown to have enough symptoms to be diagnosed with a mental health condition. Photo by Syda Productions on Shutterstock

A 2020 CDC study examined mental health symptoms in four different school districts within the United States from 2014-2018. This study found that, based on the reports from both teachers and parents, one in six students showed enough behavioral or emotional symptoms to be diagnosed with a childhood mental disorder.

What was the Project to Learn About Youth Mental Health (PLAY-MH) study?

This was a school-based study conducted throughout the years of 2014-2018. This study was designed to estimate how many kindergarten – grade 12 students had specific mental health disorders.

The information was collected in two phases. In phase one, teachers in selected school districts were asked to complete a short questionnaire to determine a student’s risk for a mental health disorder. In phase two, the parents of selected students were asked to complete a more structured interview to determine if their child met the criteria for a mental health disorder. Between 1 in 6 students (1 in 3 in some districts) fit the criteria, according to the combined data.

Teachers also identified a higher percentage of boys, non-Hispanic Black students, and students receiving free or reduced-price lunch as having a higher risk for mental disorders than their peers at most schools. However, based on the parent reports, there were generally no major demographic differences in the percentage of students who met the criteria for a mental disorder. This interesting discrepancy suggests that estimating effects of race or income on symptoms gave different results depending on the way the symptoms were examined.

How can we help at-risk students?

The information gathered during this four-year study can help parents, teachers, and communities alike to understand and become more aware of the mental health struggles of younger children. With this knowledge, interventions and treatments can become more normalized when dealing with children’s mental health conditions.

The CDC has some suggestions for how we, as communities, can help our at-risk children: 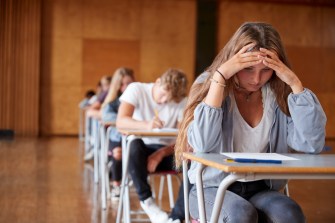 According to experts, these are some of the most common disorders among children:

Anxiety disorders (generalized anxiety, social anxiety, obsessive-compulsive disorders): These conditions may appear as persistent fears, worries, or anxiety that disrupt their ability to participate in play, school, or other typical age-appropriate activities.

Attention-deficit/hyperactivity disorder (ADHD): Children who struggle with ADHD have difficulty with attention, tend to have impulsive behaviors, generalized hyperactivity, or some combination of these issues.

Depression (or other mood disorders): Depression in children presents as persistent feelings of sadness and loss of interest that disrupt their ability to function in school and interact with others.

Post-traumatic stress disorder (PTSD): PTSD is a prolonged state of emotional distress and anxiety that is prefaced with negative memories, nightmares, and disruptive behaviors in response to a traumatic event the child may have suffered.

Autism Spectrum Disorder (ASD): This is a neurological condition that often can be noticed in early childhood (before the age of three), if you know what to look for. The severity of ASD can vary— a child with this disorder has difficulty communicating and interacting with others.

Research sheds light on social behavior of these mysterious predators.
Up Next
Health