A bad habit: I tend to avoid popular trends. While it saves me the hassle of terrible pop music and “influencer” nonsense, gems slip by. I was aghast when the KonMari Method first appeared in 2014. Clean up your room? Spark joy? Treat your socks with respect? Around the corner I’d be sold workshops on adulting. Not interested.

My curiosity was piqued, however, when I stumbled upon an article discussing the Shinto influence on Marie Kondo’s techniques. In college I was enamored with the Shinto myths of Amaterasu and her spirited brother, Susano-O. While Zen eclipsed other Japanese folk religions on the global stage, Kurosawa fans recognize the Shinto influence on samurai culture. I reconsidered tidying. Bad habits are what the Konmari Method are all about breaking, after all.

The experiment actually began thanks to the Netflix show, Tidying Up With Marie Kondo, which my wife got hooked on. Timing was fortuitous: I had just read the Shinto article, so when she suggested we give it a shot I was game. Besides, tidying has never been completely absent from my life. For many years, when I suffered from major panic attacks, cleaning was one activity that focused my mind enough to keep the terror at bay. Organizing, vacuuming, discarding (or donating), and dusting have an emotional appeal, the very basis of the her method.

Order is genetically encoded in us. Our ancestors had no closets or online organizing tools. Recalling where scarce assets were hidden was an essential skill. Hoarding is an evolutionary glitch in the matrix, with corresponding neuroses. It only occurs in times of excess. For most of history, such a concept was not available.

As I wrote last week, mental health issues are increasing in America. Gathering data from 2005–2017, a team led by Jean Twenge discovered that the most affected demographic is the wealthiest among us. Humans are not designed for surplus. (One positive thanks to Kondo: the resale market is growing faster than fast fashion.) Simultaneously, scarcity mechanisms encoded in our biology for times of famine cause us to collect. Yet the more we’re tasked to track, the less happy we are. The more “stuff,” the greater the cognitive burden.

10 Amazing Tips from Tidying Up with Marie Kondo

10 Amazing Tips from Tidying Up with Marie Kondo

Put into perspective, Kondo’s bestseller, The Life-changing Magic of Tidying Up, makes sense. There is room for cherished mementos that “spark joy,” but not so much for empty boxes. Sort your belongings by category, not location. Fold better. Hold onto cherished photos, discard the rest. Reduce, reduce, reduce; discover what’s really necessary.

I thought I had learned this lesson before. I moved to San Francisco shortly after graduating college in 1997. Life happened and I only stayed for half the year, so back to Jersey went my life. UPS went on strike on my way home. This resulted in two weeks of living out of one suitcase.

What I discovered then is what I rediscovered upon moving to Los Angeles in 2011, which is what I also rediscovered during our first weekend trying out the KonMari Method: we own much more than we need. Though simplistic on the screen, sorting, collecting and discarding objects is cathartic. Like emotional baggage, you realize how much you’re holding onto, as well as how good it feels to let it all go.

And so my wife and I began cleaning on another level. A caveat: we didn’t follow instructions perfectly. Kondo suggests cleaning by category. For example, pile all of your books in the center of a room. All clothing, kitchenware, and so on. Instead, we tackled the project room by room, with some categorizing, such as the linen closet and bathrooms.

From our closets went nine bags to the Salvation Army, plus items I’ve been holding “just in case,” like a giant backpack I used to travel around Europe in 2000 and the comic book collection I’d stowed in a box in high school and never opened again. Two sets of utensils are unnecessary for two people. Do we really need a few dozen mugs? Of course not. Is my life enhanced by old magazines I never thumb through? The answer is obvious. 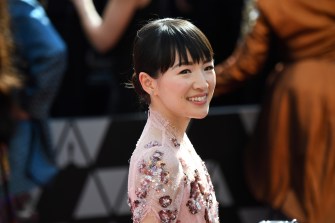 Yet, as mentioned, sentimental objects are different. Magazine cover stories I wrote warrant filing for the simple reason that they transport me back to a place and time: sitting across from a still-bearded Matisyahu as he prayed over his lunch in downtown Manhattan; drinking too many cappuccinos with Karsh Kale at Cafe Orlin while discussing his latest experimentation with Indian electronica; chatting with the creative Anoushka Shankar about continuing her father’s incredible legacy. Moments before all of my writing lived on a screen are part of an autobiography I’d like to track.

Placing your life into a pile is an incredible way to grapple with your agency. Sure, this “collection of things” might not be the “true you,” but it represents facets of your existence. Which of them would be required if you lived a life of scarcity? What would really matter then? How about a life of enough instead of excess? Such questions are impossible to ignore when everything is spread out in front of your eyes.

Cathartic, yes, but also healing. Also fun. There are many types of work; the most draining and exhilarating inspire emotions. The reorganization process is aspirational. You’re putting your life back together — a life you aspire to, one of order and need, not chaos and gluttony. As Kondo writes, you might be angry at your family because your space is cluttered. We are animals of our environment. Create space in yours and emotional clarity ensues.

Yet I must push back on her feelings about books. Not that I hold onto all of them. I’ve donated more than I’ve kept, but the 300 or so surrounding me remain an important aspect of my identity. Perhaps it’s not Shinto, but another Japanese word contradicts Kondoism: tsundoku. Unread books elevate your space.

As with closets, dressers, and cabinets, Kondo asks that you move all of your books into a pile in the center of your room. She continues,

“The criterion is, of course, whether or not it gives you a thrill of pleasure when you touch it.”

I might not give agency to inanimate ideas like gods, but books hold a certain power. (The power is the experience of having read it, of course. But still.) I agree with Kondo, that “you are going to read very few of your books again.” At least I have the excuse of citation: many of the underlines and notes make their way into articles and books. Books are also how I like to decorate.

It’s the one step I’m not ready to take. Maybe in the future — never is a promise you should never make. Regardless, Marie Kondo has made a huge impact in our home. I’m just not letting her invade my library, though… yet.

Escape the perfectionist trap with the Japanese philosophy of “wabi sabi”

Perfectionism is on the rise, and its consequences for mental health can be devastating. The Japanese philosophy of “wabi sabi” can help.
The Learning Curve

5 rules to build your version of the simple life

Because there’s not enough Walden pond to go around.
The Learning Curve

The modern attention economy hijacks our ability to focus, but an ancient technique offers a means to get it back.
Thinking

Jokes so cheesy even French philosophers will love them.
Neuropsych

Types of therapy are about as different as the people who use it.
Up Next
Health

A new study from the University of Pittsburgh details how the anti-vaxx movement has divided and grown.