Brands can manipulate our brains in surprisingly profound ways. They can change how we conceptualize ourselves and how we broadcast our identities out to the social world. They can make us feel emotions that have nothing to do with the functions of their products. And they can even sort us into tribes.

To grasp the power of brands, look to Apple. In the 1990s, the company was struggling to compete with Microsoft over the personal computer market. Despite flirting with bankruptcy in the mid-1990s, Apple turned itself around to eventually become the most valuable company in the world.

That early-stage success wasn’t due to superior products.

So, how exactly does branding make people willing to wait hours in line to buy a $1,000 smartphone, or pay exorbitant prices for a pair of sneakers?

Branding and the brain

For more than a century, brands have capitalized on the fact that effective marketing is much more than simply touting the merits of a product. Some ads have nothing to do with the product at all. In 1871, for example, Pearl Tobacco started advertising their cigarettes through branded posters and trading cards that featured exposed women, a trend that continues to this day.

It’s crude, sure. But research shows that it’s also remarkably effective, even on monkeys. Why? The answer seems to center on how our brains pay special attention to information from the social world.

“In theory, ads that associate sex or status with specific brands or products activate the brain mechanisms that prioritize social information, and turning on this switch may bias us toward the product,” wrote neuroscience professor Michael Platt for Scientific American.

Brands can burrow themselves deep into our subconscious. Through ad campaigns, brands can form a web of associations and memories in our brains. When these connections are robust and positive, it can change our behavior, nudging us to make “no-brainer” purchases when we encounter the brand at the store. 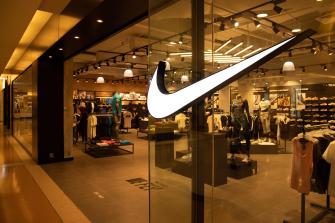 It’s a marketing principle that’s related to the work of Daniel Kahneman, a psychologist and economist who won the 2002 Nobel Memorial Prize in Economic Sciences. In his book “Thinking Fast and Slow“, Kahneman separates thinking into two broad categories, or systems:

Brands that tap into “system 1” are likely to dominate the competition. After all, it’s far easier for us as consumers to automatically reach for a familiar brand than it is to analyze all of the available information and make an informed choice. Still, the most successful brands can have an even deeper impact on our psychology, one that causes us to conceptualize them as something like a family member.

A peculiar relationship with brands

Apple has one of the most loyal customer bases in the world, with its brand loyalty hitting an all-time high earlier this year, according to a SellCell survey of more than 5,000 U.S.-based smartphone users.

Qualitatively, how does that loyalty compare to Samsung users? To find out, Platt and his team conducted a study in which functional magnetic resonance imaging scanned the brains of Samsung and Apple users as they viewed positive, negative, and neutral news about each company. The results revealed stark differences between the two groups, as Platt wrote in “The Leader’s Brain”:

“Apple users showed empathy for their own brand: The reward-related areas of the brain were activated by good news about Apple, and the pain and negative feeling parts of the brain were activated by bad news. They were neutral about any kind of Samsung news. This is exactly what we see when people empathize with other people—particularly their family and friends—but don’t feel the joy and pain of people they don’t know.”

Meanwhile, Samsung users didn’t show any significant pain- or pleasure-related brain activity when they saw good or bad news about the company.

The results suggest a fundamental difference between the brands: Apple has formed strong emotional and social connections with consumers, Samsung has not.

Brands and the self

But beyond product quality lies identity. People have long used objects and clothing to express themselves and signal their affiliation with groups. From prehistoric seashell jewelry to Air Jordans, the things people wear and associate with signal a lot of information about how they conceptualize themselves.

Since the 1950s, researchers have examined the relationship between self-image and brand preferences. This body of research has generally found that consumers tend to prefer brands whose products fit well with their self-image, a concept known as self-image congruity.

By choosing brands that don’t disrupt their self-image, consumers are able not only to express themselves personally, but also broadcast a specific version of themselves into the social world. That might sound self-involved. But on the other hand, humans are social creatures who use information from the social world to make decisions, so it’s virtually impossible for us not to make inferences about people based on how they present themselves.

“When I make choices about different brands, I’m choosing to create an identity. When I put that shirt on, when I put that shirt on — those jeans, that hat — someone is going to form an impression about what I’m about. So, if I’m choosing Nike over Under Armour, I’m choosing a kind of different way to express affiliation with sport. The Nike thing is about performance. The Under Armour thing is about the underdog. I have to choose which of these different conceptual pathways is most consistent with where I am in my life.”

Brands may have some power over us when we’re facing a purchasing decision. So, considering brands aren’t going away, what can we do to make better choices? The best strategy might be to slow down and try to avoid making “automatic” purchasing decisions that are characteristic of Kahneman’s fast “system 1” mode of thinking.

“I think it’s important to always pause and think a little bit about, “Okay, why am I buying this product?” Platt said.

As for getting out of the brand game altogether? Good luck.

“I’ve heard lots of people push back and say, “I’m not into brands,”” Reed II said. “I take a very different view. In some senses, they’re not doing anything different than what someone who affiliates with a brand is doing. They have a brand. It’s just an anti-brand brand.”

Ancient humans may have evolved to slumber efficiently — and in a crowd.
Sponsored

With economic turmoil looming, everyone wants a way to keep their funds safe. But is that really possible?
Up Next
Life