A New Study with Big Implications for Antivaxxers

Researchers have discovered that the measles virus erases the body’s natural immunity to other diseases. 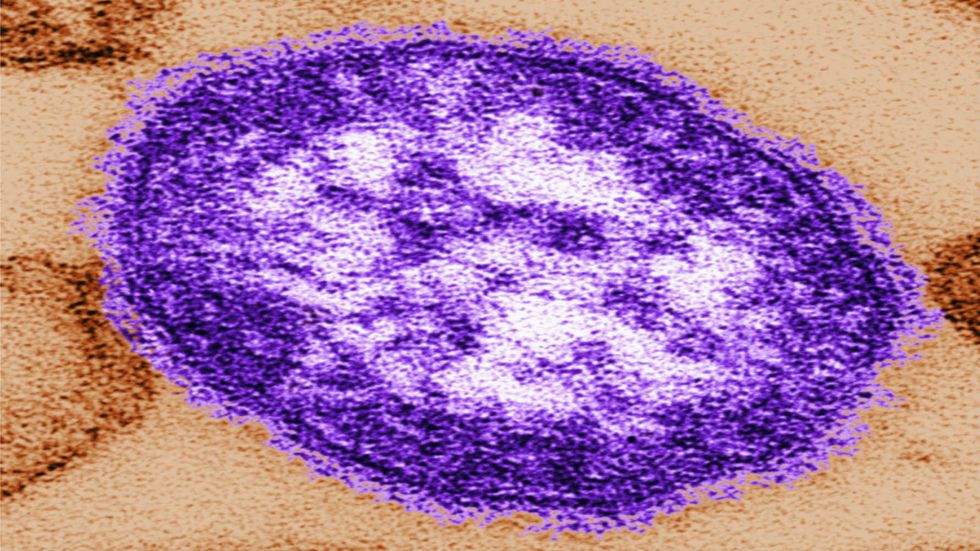 As medical interventions go, the introduction of the measles vaccine had one of the greatest impacts on public health of all time, reducing childhood deaths by up to 90 percent in the world’s poorest countries. But as memories of widespread measles deaths and complications fade, today in the U.S., where measles was eliminated in the year 2000, measles is making a comeback due to falling rates of vaccinations.

Before the measles vaccine was introduced in the 1960s, measles killed 650 people in the U.S. every year. Measles remains one of the most contagious diseases in existence, infecting nine out of 10 people who come into close contact with it and remaining in the air for up to two hours after the infected person has left the vicinity.

As widespread measles outbreaks became a thing of the past in the developed world thanks to the success of vaccinations, it has become easy to forget how serious the disease really is. Measles still hospitalises one in four people who catch it and still kills between one and three out of every thousand people who are infected — even in developed countries.

The measles vaccine is often at the top of the hit list for parents with concerns about vaccines. This is partly because measles is commonly assumed to be far less serious than it really is, and partly due to a health scare surrounding the measles, mumps and rubella (MMR) vaccine that has been resoundingly debunked and indeed was the result of serious research fraud.

One of the most popular arguments (based on no evidence whatsoever) used by some to argue against vaccines, is that the body’s natural immunity is somehow better than the immunity provided by vaccines. The argument makes intuitive sense; after all, no one wants their child to be so wrapped in cotton wool that they don’t have the chance to develop their own defences, but the argument rests on the appeal to nature fallacy, rather than having any basis in fact.

When it comes to the measles vaccine, the argument that letting nature take its course could be better in the long run has now been dealt something of a deathblow by a paper recently published in Science. The new research demonstrates how catching measles, far from aiding natural immunity, actually demolishes children’s natural immunity to a great variety of other diseases such as meningitis and pneumonia, seemingly resetting their immunity to that of a newborn baby.

It has long been known that measles suppresses the immune system by killing white blood cells that retain a memory of past infections, leaving sufferers vulnerable to other infections, but until now it had been assumed that this vulnerability is transient, with the body quickly replenishing its store of white blood cells. The new evidence demonstrates that this suppression of the immune system is very likely far from transient, in fact lasting between two and three years before the body’s defences begin to get back up to speed.

Researchers looked at deaths from diseases other than measles in the U.S., the U.K., and Denmark in the years before and following the introduction of the measles vaccine and found that deaths from infectious diseases closely followed measles cases, with a lag of up to three years. The evidence suggests that while measles was common, it could have been responsible for half of all childhood deaths from other infectious diseases.

The new results are supported by recent findings in monkeys that show how the measles virus destroys white blood cells’ memories of other diseases with the exception of measles itself. Particularly worrying, is the prospect that the measles virus may even be able to destroy the immunity provided by vaccinations for other diseases, which is to be the next area of research for the researchers behind the study. If this is the case, then the parents who choose to avoid getting their children vaccinated for measles, but still get their children vaccinated for other diseases may be undoing all of the good work that the other vaccines are doing and placing their children at great risk. If the children go on to catch these diseases as adults, the consequences may be far more serious.

Will this new evidence sway the minds of those with fixed ideas against vaccines? As we’ve explored previously, showing evidence to people who don’t believe in vaccines can actually have an extremely powerful counterproductive effect. Hopefully this new evidence, which debunks one of the core assumptions of the anti-vaccine movement, could prove persuasive where other evidence has failed. This assumes, however, that fear of vaccines is rational, and if we’ve learned anything from the study the anti-vaccine movement, it is one thing: Rational it is not.