If you're looking for the blueprint for a better tomorrow, you'll find it in Rutger Bregman's Utopia for Realists. Its premise is simple: we should adopt a universal basic income plan for all citizens, work less, and open up our borders. 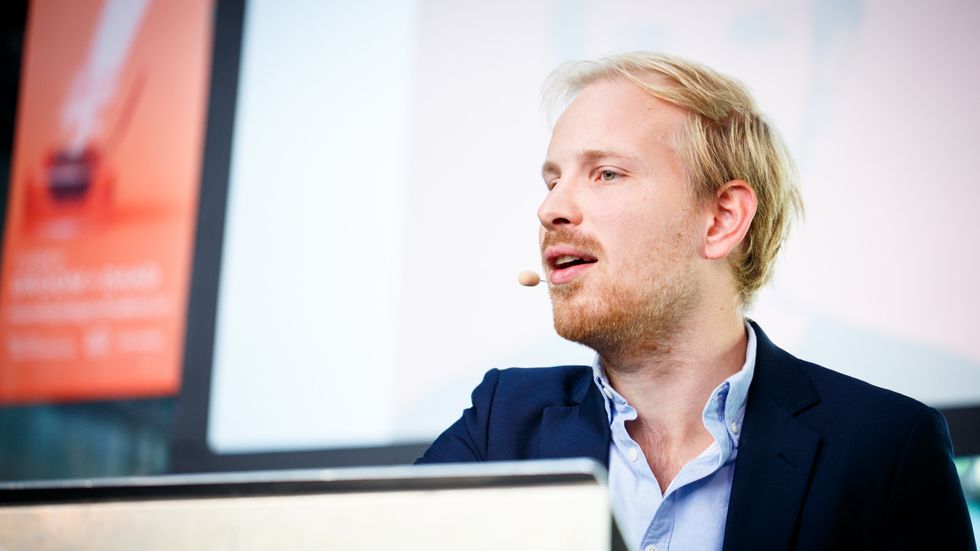 If you're looking for the blueprint for a better tomorrow, you'll find it in Rutger Bregman's Utopia for Realists. Its premise is simple: we should adopt a universal basic income plan for all citizens, work less, and open up our borders. Crazy, right?

Why Everyone Should Get Free Money

The concept of free money for everyone, no strings attached, isn't new. Researchers have been testing this idea for decades. But no country has come closer to actually implementing a basic income program than the United States did under President Richard Nixon. His bill, which would have allowed every citizen the right to a basic yearly income passed the House twice, but was stalled in the Senate by the Democrats, because they felt the payment was too low.

I was wholly unaware of this history and of the many studies that have been conducted to prove a basic income does not turn its recipients into lazy do-nothings. “For three years now I’ve been reading everything on basic income I could get my hands on,” Bregman said in an interview with Gawker. “Not once have I come across a basic income experiment that led to mass laziness.”

The most popular study on the effects of basic income took place in Manitoba between 1974 and 1979 where everyone received a “Mincome” (minimum income) of $9,000 a year (by today's standards) from the government, no strings attached. Evelyn Forget, an economist and professor at the University of Manitoba, who looked over the data from the study says there was a 9 percent reduction in working hours among two main groups of citizens. But the reasons why give insight into how basic income can dramatically change the course of someone's life.

Married women were using their additional income to extend their maternity leaves and spend more time with their infants, and teenage boys were using that income to stay in school.

“When we interviewed people, we discovered that prior to the experiment, a lot of people from low-income families, a lot of boys in particular, were under a fair amount of family pressure to become self-supporting when they turned 16 and leave school. When Mincome came along, those families decided that they could afford to keep their sons in high school just a little bit longer,” Forget told PRI in an interview.

What this study and others like it have found is free money empowers people with the ability of choice, the choice to make a different life for yourself. “Poverty is fundamentally about a lock of cash. It's not about stupidity,” economist Joseph Hanlon said. “You can't pull yourself up by your bootstraps if you have no boots.”

Watch Rutger Bregman explain what happened when 13 homeless men on the streets of London were given £3,000 cash, no strings attached. What they spent it on my surprise you.

People aren't stupid, poverty makes people stupid. In psychology it's known as the “scarcity mentality” and when people don't have enough, it causes them to behave differently. When someone is in a constant state of worry about where their next meal is coming from, mental bandwidth becomes compromised, causing people to make unwise decisions.

Rutger Bregman engages readers in a mix of stories and evidence-based studies, showing us this utopia is within our grasp. Its a lesson in psychology, history, and economics, which all point to why basic income would eliminate poverty and save us money. After all, isn't it the goal to live better than our parents and grandparents did? To make sure the next generation can live better than us? Basic income may indeed the answer. But first we have to willing to accept it. This book has made me a believer.

Rutger Bregman's second big crazy idea is the 15-hour work week, a concept most of us would be able to get behind. He brings up the concept of “bullshit jobs,” occupations that really have no value. Anthropologist David Graeber describes them as jobs that, if they were to disappear, would throw the country in chaos.

I work one of these “bullshit jobs,” a social media analyst provides no real need in the world—I'm not developing a cure for cancer—but it helps pay the bills, so in my spare time I can volunteer or write more investigative in-depth stories. But if we reduce the work week, we could share in the necessary jobs (e.g. teachers, nurses, engineers, and garbage collectors) and even increase efficiency. He also proposes a tax reform which incentives more meaningful work, encouraging our best and brightest to go into teaching rather than a career on Wall Street.

His third big idea may be considered more radical than basic income to many in America: open borders. This issue is more a question of morality, though, it does come with the incentive of economic growth.

Consider this: The biggest determining factor in a persons health, wealth, and life expectancy is where they're born. America's poorest citizens are still quite rich when compared to the world's poorest. The problem with this idea is acceptance. There are several faulty arguments used against the adoption of open borders: “They'll take our jobs,” “Cheap immigrants will force our wages down,” “They're too lazy to work,” and “They'll never go back.” Bregman address each argument, citing experts and giving data that shows us none of these is the case.

Open our borders is a far-away dream. However, Rutger Bregman makes it seem like some of these utopian policies are well-within our grasp.

If your looking for what kind of future we should be striving for, you'll find it in Rutger Bregman's Utopia for Realists. It was a national bestseller when it was first released in Dutch in the Netherlands, and helped start a conversation which led to municipalities experimenting with basic income. Here's hoping this book will help America reignite an old conversation Nixon started back in the 70s. Utopia for Realists: The Case for a Universal Basic Income, Open Borders, and a 15-Hour Workweek is available now.