Given how new direct editing of genes is — as opposed to cross-breeding — it’s not surprising that unexpected complications will arise. What is surprising is the degree of confidence some scientists have in their gene-editing knowledge and skills, and thus the safety of their experimentation. No one’s really sure yet, for example, if China’s He Jiankui really did illegally produce genetically modified twin girls in China last year.

We do know, however, that in 2015, a Minnesota company, Recombinetics , announced that they’d successfully cloned five hornless bulls from gene-edited bovine embryo fibroblasts. Two of the bulls, Spotigy and Buri, became poster children for the wonders of gene editing. Now, according to a new investigation by the FDA, the simple, clean gene splice Recombinetics claimed to have performed was neither. The cattle — Buri has 17 offspring while Spotigy was euthanized for tissue study — possess two antibiotic-resistant genes as well as surprising bits of bacterial DNA. 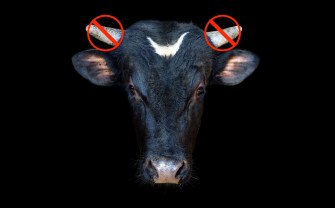 The arrival of Spotigen and Buri

Recombinetics’ bulls were heralded examples of gene modification’s potential. Farmers regularly “poll” cows — that is, remove their horns— in a painful, difficult process aimed at preventing accidental injuries in herds and the humans that tend them.

The company used TALENs gene editing (“Transcription Activator-Like Effector Nucleases) to swap out a section of about 200 genes from a Holstein dairy bull for genes from a hornless one.

DNA editing involves cutting DNA with enzymes called nucleases targeted at the desired location in a cell’s genome. Nucleases are proteins, which are hard to work with, so many researchers — including Recombinetics’ — instead introduce plasmids, circular mini-chromosomes that code for the required “scissor.” This causes the target cell to produce the nucleases itself, sparing the scientists the complexities of dealing with unstable protein.

In the case of Recombinetics’ bulls, the plasmids also contained the replacement hornless DNA for insertion at the cut. Coming along for the ride — unknown to Recombinetics — was transgenic DNA, including the antibiotic-resistant genes and a handful of other things from a range of diverse microbes. This wouldn’t necessarily have been a problem if the plasmids hadn’t unexpectedly inserted themselves into the target cell’s genome instead of simply delivering their payload and being done, as planned. Thus, adjacent to its edit site were 4,000 base pairs of DNA that from the plasmid. 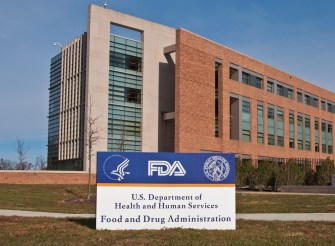 At the time the editing was first announced, Recombinetics was very confident that what they’d produced was “100% bovine.” “We know exactly where the gene should go, and we put it in its exact location,” claimed Recombinetics to Bloomberg in 2017. “We have all the scientific data that proves that there are no off-target effects.” In response to the latest findings, however, Tad Sontesgard of the Recombinetics subsidiary that owns the animals, admitted, “It was not something expected, and we didn’t look for it.” He acknowledges a more thorough examination of their work “should have been done.”

Since genetically edited animals may be consumed, the FDA’s position is that they likely require thorough testing and approvals. Recombinetics has publicly complained about such hurdles standing in the way of making animal genetic editing a routine occurrence. (They’ve also developed piglets that never hit puberty.) The company attempted to convince the Trump Administration to take genetically altered animals away from under the FDA. 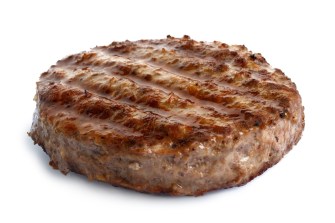 How the problem was found

Not surprisingly, Recombinetics never applied for approval with the FDA, but Alison Van Eenennaam, their collaborator from University of California, Davis, did inform the FDA of their existence to facilitate exchanges of research insights and data.

Since the surviving edited cattle were being put up at Davis, Eenennaam started thinking about what to do with them. Incinerating experimental animals — and each of these weighs about a ton — costs 60 cents per pound. On the other hand, turning them into hamburger and steaks could reverse that cash flow. Her attempt to win the cows a food exemption from the FDA led to the discovery of the plasmids, though Sontesgard asserts they’d be safe to eat in either case.

And then there’s milk. Brazil agreed to raise the first herd of genetically modified hornless dairy cows. Regulators there had even determined no exceptional oversight was going to be required.

Soon a bioinformatician from the FDA stumbled across the plasmid in a bull’s genome. It’s estimated that about half of Buri’s 17 offspring also have it in theirs. The cows are now absolutely classified as genetically modified organisms, GMOs, not pure cow. Brazil has backed out. 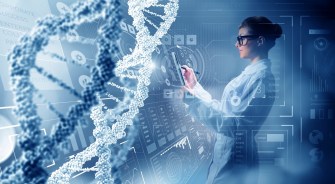 As science moves forward a few steps, it often has to back up a step or two. Glimpsing a solution, especially to such a complex problem as genome editing, isn’t the same as having one fully in hand, no matter how attractive the reward of getting there first may be, or how much money is to be made. We’re on the edge of a new frontier here, and there are a growing number of similar tales. Scientists do need courage to stretch the boundaries of the known, yes, but humility is also a good idea.

Science has come a long way since Mary Shelley penned “Frankenstein.” But we still grapple with the same questions.
Health

SIDS deaths have decreased worldwide, but research has yet to solve this medical mystery.
Starts With A Bang

Ask Ethan: Did all life begin from a single, ancient cell?

Probably not. Even though we’re still investigating the origin of life, the evidence suggests that cells came much later.
Life

Symmetrical objects are less complex than non-symmetrical ones. Perhaps evolution acts as an algorithm with a bias toward simplicity.
Up Next
Neuropsych

The surprising link between sunshine and suicide