Is it a super-secret place for the global el33t? Or is it just a bunch of n00bs masquerading as true h4x0rs? 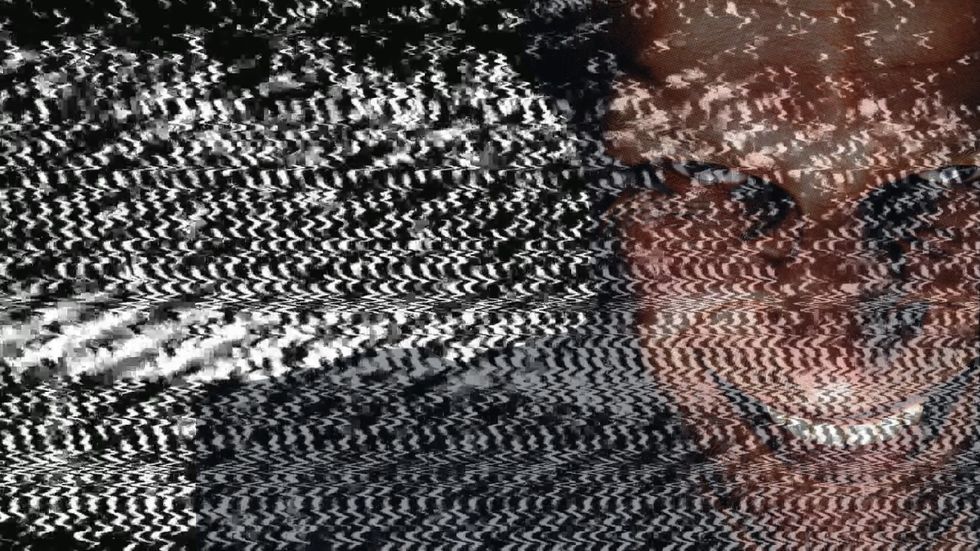 The Intellectual Dark Web sounds like a shady corner of the internet, a place to buy illicit David Foster Wallace novels or hook-up for a midnight rendezvous to discuss metamodernist urban planning. While the IDW certainly hosts its fair share of late-night bullshit sessions, it’s not as clandestine as its namesake, the dark web, suggests.

The term was coined, half-jokingly, by mathematician Eric Weinstein and gained prominence after Bari Weiss, staff editor, and writer at the New York Times, wrote an op-ed profiling the movement. It refers to a burgeoning group of thinkers looking to create a space where cultural discourse is both civil and fact-based. At least, that’s how its supporters see it. Others have argued the IDW is nothing special, just a new to sell dated and bad ideas.

Which is it: is the intellectual dark web an important new movement or a rebranding for old ideas?

As Weiss’s op-ed points out, the IDW is not a structured organization with group meetings, membership lists, or a policy manifesto. As such, who or what ideas belong remain, whether by design or its nascent status, nebulous. Thinkers identified by Weiss as a part of the IDW include:

The group seems to have little in common, either politically or philosophically. Nawaz has publicly debated both Hirsi Ali and Murray on whether Islam is a religion of peace.1 Peterson and Harris have engaged in long-winded arguments on the nature of truth.2 Bret Weinstein and Heying, his wife, are professed progressives,3 while Ben Shapiro is considered the conservative cool kid.4

Of course, this list is not comprehensive as no official list of IDW members exist. The closest is this website, which rounds up Weiss’s usual suspects and adds intellectuals and personalities such as comedian Owen Benjamin, Quillette founder Claire Lehmann, and psychology professor Steven Pinker.

But this only leads one to wonder whether membership is by invitation, request, or if the movement merely pulls public figures into its orbit like some trending black hole. Pinker has shared the stage with several IDW members but has never proclaimed himself a card-carrying member. Economist Glenn Loury and linguist John McWhorter aren’t mentioned in the article or on the website, but others have claimed they represent the “black wing” of the IDW. As for ideals, again, there’s nothing concrete to draw on. The IDW website’s anonymous host claims the movement converges on issues of “individualism vs. collectivism, liberty over authoritarianism, and the importance of freedom of speech.”

Weiss cites three qualities for IDW membership: 1) the willingness to discuss any topic civilly, 2) basing one’s opinions on facts and not what is politically convenient, and 3) being willing to stand up to organizations and individuals who are hostile to open debate.

“Of course, the whole notion of drawing lines to keep people out is exactly what inspired the Intellectual Dark Web folks in the first place,” Weiss writes. “They’re committed to the belief that setting up no-go zones and no-go people is inherently corrupting to free thought.”

Everything old is new again

The importance of free speech is a discussion with a long shelf-life, as are debates centered on truth, civility, liberty, and individualism. Given that such topics are a major focus of the IDW, commentators have argued the movement is a merely bull-polishing to shine up old ideas for clicks and Patreon donations.

“That’s what really gets to me about the so-called ‘Intellectual Dark Web’: I’ve heard nothing unique from any of them,” political commentator David Pakman said. “That is why it is abundantly clear that the entire intellectual dark web movement is not an intellectual movement; it’s a movement around marketing and presentation style, combined with using the internet and social media. Period.”

Under this lens, the IDW’s goal of creating a cultural space safe for speech and ideas is superfluous, as social mechanisms already manage the task, and the movement merely becomes a way for its members to combat status threat by carving out a space where they can express ideas without fear of protest or a loss of reputation.

Others have argued it is a cover for dated ideas, such as race-IQ theorizing, that society has already tested and rejected. If the IDW’s ranks expand far enough to encompass conspiracy theorists Mike Cernovich and Alex Jones, then things quickly escalate from dated to dangerous.

“[IDW members] are not driving the conversation, and sometimes are being driven from it,” Henry Farrell, a professor of political science at George Washington University, writes. “This loss of relative social status helps explain the anger and resentment that Weiss describes and to some extent herself embodies.”

Eric Weinstein referred to the IDW as an intellectual movement in Weiss’s article but has since revised the labeling. He now refers to the network as “alternative sense-making collective.”5

If that’s the case, then what does it stand as an alternative to?

IDW affiliate Dave Rubin sees this network as one that opposes the ideologically stagnant gatekeepers of old media. According to Rubin, the IDW are people “who are figuring out ways to have the important and often dangerous conversations that are completely ignored by the mainstream. It’s why I would argue that this collection of people are [sic] actually more influential than whatever collection of cable news pundits you can come up with.”

Sidestepping the fact that many of the IDW’s members have appeared on cable TV (as pundits no less), Rubin’s take aligns closely with Weinstein’s. He notes that an IDW member’s analysis on current events will often run counter to mainstream media’s take, particularly left-leaning outlets.

“The so-called commentariat […] seem to have been somewhat captured by a new network which thinks it terms that are very different to the networks that have previously lived at these organizations,” Weinstein said. “As a result, I believe that the intellectual dark web is going to be perceived as rivals.”

At the Federalist, managing editor Joy Pullmann agrees, comparing the IDW’s rise to that of the talk radio phenomenon from the 1980s, where then “alternative media” personalities separated themselves from the mainstream to present their opinions unfiltered.

Today, the radio waves have simply been replaced by YouTube, podcasts, and social media, platforms that can reach much larger audiences than the AM signals of yesteryear. In fact, as Pullmann points out, Rogan, Peterson, Shapiro, and Rubin have a combined reach that competes with Fox News and legacy media such as the Times and the Washington Post.

As for why the IDW can’t get along with mainstream media, that depends on whom you ask. Supports would point to Rubin’s remarks, noting the mainstream ignores conversations that are politically inconvenient. Meanwhile, as we’ve seen, opponents believe the IDW isn’t ignored by the mainstream; they simply aren’t viewed as an unassailable narrative driving force.

One of the more interesting takes belongs to Jacob Falkovich. Writing for Quillette, Falkovich surveyed the seemingly disparate members of the IDW and found what he believes to be a linking personality trait. Most sport a “decoupling mindset” — that is, their goal is to explore and study an idea or incident from the basis of logic and data, disconnected from its historical context or personal experiences.

This is in stark contrast to mainstream journalists, whom Falkovich sees as having a “contextualizer” mindset and view the world through the historical context of personal narratives. The result? The decouplers and contextualizers talk past one another, leading to the formation of different tribes with an “us versus them” mentality.

Unfortunately, it is difficult to say. As it stands, the IDW’s boundaries are too wide and its membership too amorphous for any clear verdict.

Under these conditions, commentators can pick and choose the ideas and individuals they need to prove their point. Want to prove the need for an alternative sense-making network? Focus on the maltreatment of Bret Weinstein at Evergreen State College. Want to insist that IDW members proliferate bad, even dangerous ideas? Point out that Ben Shapiro tweeted Arabs like to “live in open sewage.”

At this point, the IDW feels more like a cultural Rorschach test than anything.

In time, these boundaries may solidify as some thinkers renounce the movement and others join it, as some ideas are rejected and others sanctioned. If that happens, we may be able to revisit this question for a clearer answer. If not, then the Intellectual Dark Web will likely be relegated to the cultural closet alongside other trendy, but ultimately fruitless, fads.

We’ll just have to wait and see. 1. Islam is a religion of peace. Intelligence Squared. Retrieved on July 19, from https://www.intelligencesquaredus.org/debates/islam-religion-peace.

5. Why the “Intellectual Dark Web” has such a crazy name. Eric Weinstein. YouTube. Retrieved on July 22, from .