Cutting through liberalism and conservatism, important thinkers are trying to navigate a polarized world. This often leads to uncomfortable confrontations. 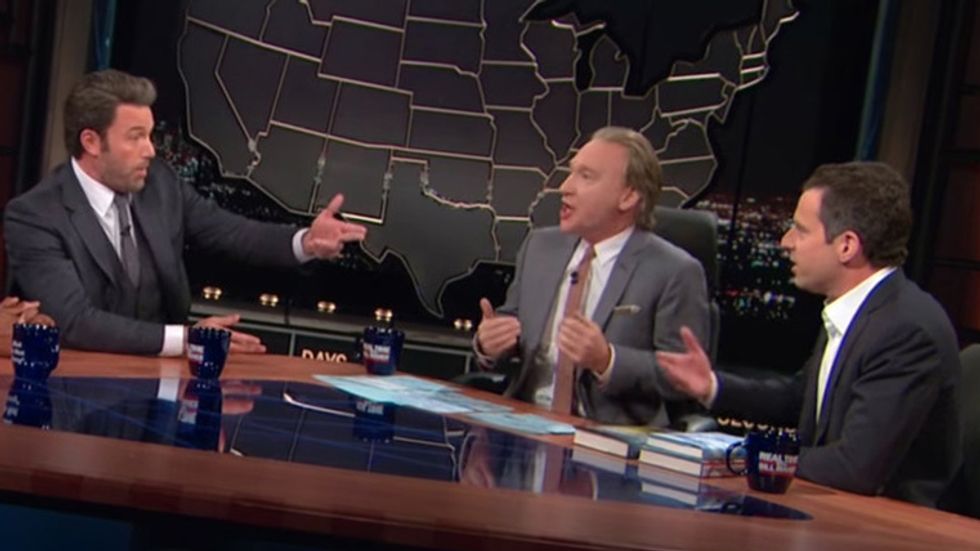 Resurgent tribalism has birthed numerous micro-communities across the planet. Alt-right websites and liberal media entities receive the lion’s share of attention from their respective “sides,” yet a host of public figures that don’t easily fit into categories has emerged. To give form to this loose-knit movement of critical thinkers, mathematician Eric Weinstein referenced it as the Intellectual Dark Web. The name stuck.

For the most part. Some feel the name invokes the “dark web,” which is not an association that promotes complex and thoughtful arguments. Others argue that the name is a cover for yet another alt-right group and its racist agenda. Given the liberal ideas arising from some of the Intellectual Dark Web’s main figures, that’s a stretch.

Exactly who is even in this movement, and whether or not they even want inclusion, is open for debate. I find this website, started by an Australian who took up Weinstein’s tweet for freethinkers to give the movement form, useful. Those cited here and elsewhere are rarely in the mainstream spotlight. Instead, they’ve built up their own platforms, reaching audiences of millions through social media, podcasts, and videos.

While there is no defining group at this point, a few key moments represent the movement known as the Intellectual Dark Web. Below are five important ones.

If the story of the Intellectual Dark Web needs an origin myth, it might very well be this moment on Real Time with Bill Maher. Sam Harris was promoting his latest book, Waking Up. Harris's first opportunity to speak followed Maher's commentary on being critical of Islam without being Islamophobic. Within moments, Affleck, referencing Harris, snidely jabbed, “Well, thank God you’re here.” Then it really went downhill. Affleck portrayed the very social justice warrior Maher had denounced for being unable to think critically about the topic. The clip makes for the perfect introduction of what the Intellectual Dark Web does not represent: a predisposed monologue being thrown without consideration of the complexity of the argument.

While the “radical Right” is a well-circulated term, Canadian clinical psychologist and psychology professor Jordan Peterson takes no qualms calling out “radical Leftist ideologues.” Though in academia for decades, it was not until he questioned the validity of C-16, a Canadian law dealing with gender equality, that his name became widely known. (Some legal experts believe Peterson was misreading the law.) In the above clip, English journalist Cathy Newman has her own Affleck moment when refusing to veer from her pre-ordained agenda regardless of how Peterson replied. Peterson is one of today's most controversial figures, with a lot of good advice to offer—12 Rules For Life is a bestseller—yet he does not help his cause when he threatens credible writers like Pankaj Mishra with physical violence for not agreeing with him.

Ayaan Hirsi Ali has been demonized by many sides for speaking out against discrimination inherent in Islamic theology. The Somali-born, Dutch-American activist and former politician has stuck with feminism, however. The oppression of women continues to wreak havoc on Muslim women around the world. Ali questions the notion that Mohammad is a “perfect moral guide” and calls for Muslims to abandon Sharia law and stop focusing on life after death when life before death is what really matters. She's trying to make it better for everyone, which is rubbing a lot of people on both sides of the aisle the wrong way.

Bret Weinstein vs Evergreen State College students (and the college itself)

Eric isn’t the only Weinstein involved in the Intellectual Dark Web. His brother, Bret, is a theoretical evolutionary biologist and former professor at Evergreen State. Each year, university students of color take a day of absence to remind the campus of their importance and contributions—an institution at the progressive campus since the seventies. Last year the students flipped the message: they demanded white students stay home. Weinstein was critical of this idea, stating, “There is a huge difference between a group or coalition deciding to voluntarily absent themselves from a shared space in order to highlight their vital and under-appreciated roles and a group or coalition encouraging another group to go away.” Many students took this to mean the progressive professor’s message was racist. Bret, along with his wife, Heather Heying (also a professor at the university) resigned after settling with the college, whom they claim did not protect them from hostility and potential violence from students.

Google executives asked staff why tech companies, especially Google, tend to be dominated by men. Senior software engineer James Damore responded by using biological examples of certain genders gravitating toward certain careers. The document sat on internal servers for months with little fanfare. Then someone made it public. Damore became an immediate Mephistopheles. Regardless of the debate over Damore’s claims, the engineer was replying to a question asked by his superiors—an act for which he was fired. Without turning to the sciences for an explanation, it seems impossible that we’ll ever advance on gender issues. Yet this subject has become taboo, its adherents never realizing the damage they’re causing by not taking our evolutionary history and neurochemical knowledge into account.