The “intellectual dark web” is a term coined by economist Eric Weinstein to represent intellectuals that don’t neatly fit into either side of the left-right divide in our social conversations. One Australian fan of this concept took up Weinstein’s Twitter challenge and created a go-to guide to better understand what this loosely-knit movement entails. Qualities these thinkers share include:

What follows is a list of ten books that I feel fit into this category. Each invokes uncomfortable truths about what we are as animals and cultures; each peeks behind the curtain of our inner workings regardless of how we advertise ourselves. They’re not always easy to read, but these ideas deserve to be entertained, even if not always agreed with. Disagreement is part of the process of growth if progress is going to be made.

A Terrible Love of War 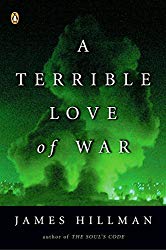 American psychologist James Hillman’s career spanned the Pulitzer Prize-nominated Re-visioning Psychology to a NY Times bestseller, The Soul’s Code. While Hillman leaned metaphysical—his faith in archetypes commenced with his 1964 debut, Suicide and the Soul—A Terrible Love of War is physical to the core. As with reporting by Chris Hedges and Sebastian Junger, Hillman reminds us of the pleasure of battle and the meaning it offers to soldiers. War, he writes, is a mythological force. While Steven Pinker noticed that we’ve become a less violent world, populist uprisings across the planet today are painting a different picture. While impossible to see where the consequences of recent ballot box decisions will lead, Hillman reminds us that escaping our biological inheritance will take quite a bit of work.

It is not the enemy that is essential to war and that forces wars upon us, but the imagination…Once the enemy is imagined, one is already in a state of war. 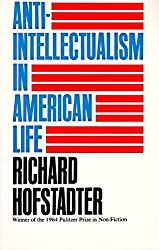 American historian Richard Hofstadter’s Pulitzer Prize-winning book keeps returning.The last week alone has provided us with Betsy Devos’s interview gaff and a climate change skeptic about to be our nation’s top diplomat. Hofstadter began his career left of center but eventually drifted into consensus history, which looks down on arguments lacking in complexity. When knowledge is democratized, he writes, the consequences include anti-intellectualism and utilitarianism. He does not point to democracy alone for fomenting these traits. Hofstadter knew American culture is more indicative of them than democracy alone.

There has always been in our national experience a type of mind which elevates hatred to a kind of creed; for this mind, group hatreds take a place in politics similar to the class struggle in some other modern societies.

Amusing Ourselves to Death: Public Discourse in the Age of Show Business 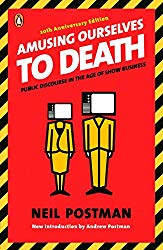 I’m fascinated that media theorist Neil Postman’s 1985 book hasn’t been discussed more often in the Trump era. He opens by comparing Huxley with Orwell, stating that we’re a society oppressed by our addiction to entertainment, not one ruled by state control. If only Postman experienced Twitter (he passed in 2003). While his prediction that computers would never greatly impact our culture was misguided, his insights about what we surrender in our quest for amusement and distraction is a perfect prelude to smartphones and social media. Postman was writing in the Reagan era, where an actor had become president. Now imagine a non-actor pretending to act by pretending not to act on TV achieving that office.

The Denial of Death 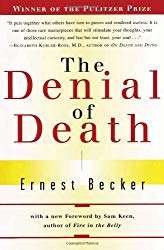 Cultural anthropologist Ernest Becker was awarded a Pulitzer two months after he died of colon cancer in 1974. As with the work of Joseph Campbell, Becker became more famous in death than while alive. Though we’ve evolved our understanding of neuroscience, biology, and psychology since his days, Becker drives home one simple point: civilization is an elaborate defense mechanism against mortality. Though consumed by the mundane struggles of physical and cultural existence, through our imagination we envision a potential to transcend the biological reality of death. While he turns to Otto Rank, Soren Kierkegaard, and especially Sigmund Freud, threads of this mindset continue in our immortality quest (or, as Becker put it, “immortality project”) with artificial intelligence and “reverse aging.” While maintaining a certain distance from mortality improves one’s quality of life, it also sets us up for conflict and aggressive behavior, manifesting in bigotry and racism and, if unchecked, wars and genocide.

The neurotic opts out of life because he is having trouble maintaining his illusions about it, which proves nothing less than that life is possible only with illusions. 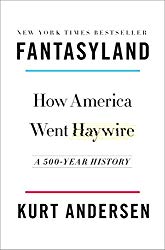 American novelist and radio host Kurt Andersen set aside a fiction project to ask one question: What makes Americans so prone to fantasy? He started with America’s colonization, showing that even our creation story is a myth. Canvassing a half-millennia of Protestant influence, Andersen tears apart the romanticized golden era of our history, showing that bit by bit we’ve created an illusion of identity based on magical thinking. Though not a relaxing ride, this is an essential one. (Listen to my talk with Kurt here.) 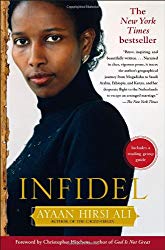 By the time Somali-Dutch activist Ayaan Hirsi Ali was elected to Parliament, she had lived a dozen lifetimes. Her autobiography carries the reader across Somalia, Saudi Arabia, Ethiopia, and Kenya in her initial call for an Islamic. Since its publication, she has greatly expanded her platform, which has caused critics to label her Islamophobic and a zealot. Yet Ali champions women’s rights by pointing to the brutal patriarchies many continue to live under today.

By declaring our Prophet infallible and not permitting ourselves to question him, we Muslims had set up a static tyranny. The Prophet Muhammad attempted to legislate every aspect of life. By adhering to his rules of what is permitted and what is forbidden, we Muslims suppressed the freedom to think for ourselves and to act as we chose. We froze the moral outlook of billions of people into the mindset of the Arab desert in the seventh century. 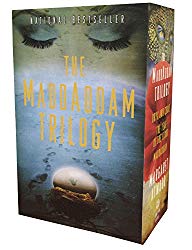 Scanning my book collection for this column, I wanted to include at least one work of fiction that wasn’t 1984 or Brave New World. The hardest part was choosing which Margaret Atwood book to include. The futuristic (but not unrecognizable) dystopia she creates in this trilogy made it easy to offer three titles by this creative genius. Comprised of Oryx and Crake, The Year of the Flood, and MaddAddam, Atwood’s moves the narrative along without sacrificing the importance of complex topics such as social liberty, feminism, and environmentalism. Sometimes serious topics need humor to remind us of the importance of humility.

Nature is to zoos as God is to churches.

The Moral Landscape: How Science Can Determine Human Values 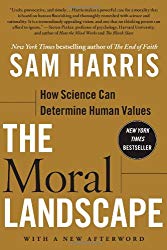 After moving to Los Angeles in 2011, I quickly observed how much faith locals place in life philosophies (“Everything happens for a reason!”) so far afield from anything I’d previously experienced. Then again, we all interact with and learn from our environment in different ways. Neuroscientist Sam Harris understands that ideologies are local, though we not necessarily be bound to their historical trappings. What he really wanted to know is: Can we create a science of morality that helps the largest number of people and harms the fewest? In the future, Harris believes we’ll systematically measure well-being, which could help create policies that promote justice and equality. Though we’re still a long way from such a reality, Harris took the first brave step toward entertaining such an idea.

If our well-being depends upon the interaction between events in our brains and events in the world, and there are better and worse ways to secure it, then some cultures will tend to produce lives that are more worth living than others; some political persuasions will be more enlightened than others; and some world views will be mistaken in ways that cause needless human misery.

The Righteous Mind: Why Good People Are Divided by Politics and Religion 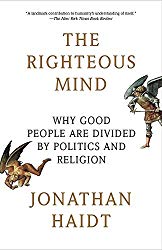 While social psychologist Jonathan Haidt’s forthcoming book, The Coddling of the American Mind: How Good Intentions and Bad Ideas are Setting Up A Generation For Failure (co-written with Greg Lukianoff), will likely help define the essence of the intellectual dark web, in The Righteous Mind he states that our beliefs arise first from intuition. Only later does rational thought justify what we already believe. The neuroscience on this topic holds up, as Antonio Damsio recently explained. The cliff between liberal and conservatives is hard to traverse due to an inability to consider another’s point of view. So long as this remains the case, it’ll be impossible to unite a nation torn apart by culture wars.

The human mind is a story processor, not a logic processor.

The Shock Doctrine: The Rise of Disaster Capitalism 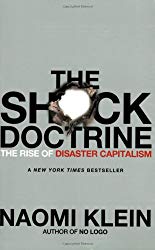 I remember reading social activist Naomi Klein’s tirade against neoliberal free-market policies near the end of the Bush era, shaking my head in both anger and disbelief over the ways we’d been played. A decade later it appears that era was only a prelude to the topics in this work. Whereas Klein showed the “shock and awe” playbook used to justify the invasion of Iraq, today we’re experiencing numerous such tremors on a daily basis. In an age of global populism and expanding dictatorships, this book is a field guide for navigating the noise.

This is what Keynes had meant when he warned of the dangers of economic chaos—you never know what combination of rage, racism and revolution will be unleashed.

Related
13.8
What kind of intelligence is artificial intelligence?
The initial goal of AI was to create machines that think like humans. But that is not what happened at all.
The Present
What’s effective altruism? A philosopher explains
Some effective altruists “earn to give” — they make as much money as they can and then donate most of it to charities.
Sponsored
How to avoid family fights about money
No family is immune to money conflicts, no matter how much they love each other. Here’s what to look out for.
L&D strategy
Best practices for a needs analysis [Templates included]
Conducting a thorough needs analysis requires care, curiosity, and open-mindedness.
Neuropsych
Memory and the benefits of forgetting
Forgetfulness isn’t always a “glitch” in our memories; it can be a tool to help us make sense of the present and plan for the future.
Up Next
Surprising Science
Why Stephen Hawking believed the next 200 years are crucial for humanity
History will remember Stephen Hawking for his many contributions to cosmology and astrophysics, but his beliefs about the future could soon prove just as important.