Book censorship in the United States has a long and ignoble history. The Puritans burned books they disagreed with, Darwin was banned in Tennessee classrooms, and in 1992 41% of all attempts by censors to remove books from libraries had some measure of success. To help bring attention to this shameful phenomenon, the American Library Association puts on Banned Books Week every year to draw attention to some of the most frequently banned and challenged books in the United States.

Here, we have ten of the most frequently challenged books in the United States, why they are challenged, and why you ought to read them. 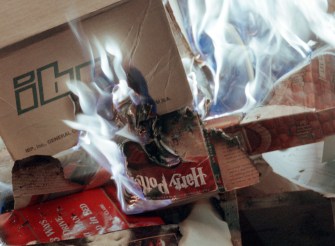 A copy of a Harry Potter book burns in a bonfire during a protest outside the Christ Community Church December 30, 2001 in Alamogordo, New Mexico. (Photo by Neil Jacobs/Getty Images)

Topping the list of the most frequently challenged books for the first decade of this century, the Harry Potter novels are among the most beloved works of children’s literature of the last few decades.

Why are they challenged? Attempts to remove the books tend to invoke the book’s use of magic to claim that they encourage witchcraft or bad behavior. These allegations also prevented J.K Rowling from getting a Presidential Medal of Freedom during the Bush years. Other attempts to keep the books off the shelves argue that the books are too scary for children.

Why should you read it? Not only are they fun books to read, but a study revealed that people who read the book are more empathetic towards stigmatized groups than those who do not read them are. They are frequently used to help encourage children to read more, and even adults will find the later books worth their time. 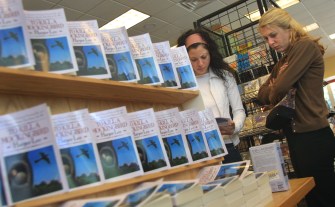 To Kill A Mockingbird

Another challenged book which often appears in the top ten most challenged books list, To Kill A Mockingbird is a heavyweight contender for the title of The Great American Novel. Published during the civil rights movement, Harper Lee’s masterpiece continues to inform discussion of racial issues today.

Why is it challenged? The book is challenged for its “offensive language,” “racism,” and being “unsuited” to the age group schools tend to offer it to. In 2016, the public schools of Accomack County, Virginia successfully removed the book from classrooms over the use of racist language.

Why should you read it? The book is a classic and shows us a side of American history most of us would like to pretend never happened in intimate detail. It explores themes of innocence, racial justice, hypocrisy, class, social norms, courage, and morality in a way few other novels can. It does this in a very readable style with unforgettable characters, including a young Truman Capote.

Are You There, God?  It’s Me, Margaret

Judy Blume has the honor of being the author with the most books on the frequently challenged list. This book, her third, focuses on a young girl named Margaret who is struggling with issues of faith, family, and growing up. It was placed on Time’s list of the top 100 English language novels of the last century.

Why is it challenged? The book deals frankly with Margaret’s religious issues and her concerns over menstruation. As such, it has been dubbed “sexual,” “amoral,” “anti-Christian,” and “profane” by would-be censors.

Why should you read it? Judy Blume has a knack for approaching difficult subject matter in a way that young adult readers can fully appreciate without dumbing it down or glossing over unpleasant concepts. It is well written and addresses issues that are perpetually relevant. 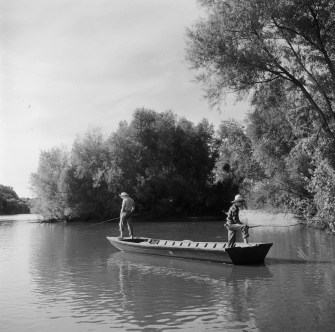 The Adventures of Huckleberry Finn

Another one of the leading contenders for the title of The Great American Novel, Huck Finn has found itself in the middle of controversy since the day it was published.

Why is it challenged? When it was first published, libraries refused to stock the book because of its crude humor and realist style. Twain himself recorded that “the Concord library has condemned Huck as ‘trash and only suitable for the slums.” Today, the chief complaint against the book is its frequent use of racial slurs and stereotypical depictions of several characters.

Why should you read it? Huck Finn is, without a doubt, one of the greatest American novels ever written. It turns a critical eye on American culture, racism, and personal identity with results that are both scathing and often hilarious. It shows Mark Twain’s brilliance at full tilt, and you can’t really hope to understand American literature without reading it.

R.L. Stein’s series of spooky children’s stories is the second-best selling book series of all time. They are fun tales that never get too scary or serious, and purposely avoid instances of death, drugs, or depravity.

Why are they challenged? The supernatural elements of the stories and scary tone have gotten the books challenged by buzzkills ever since they came out. The controversy has begun to die off though; it fell from the 15th spot on the 1990s list to 94th for the early 2000s list.

Why should you read them? They are entertaining kids’ books that can give a good fright without relying on anything too terrifying or offensive. The series is also an excellent tool for encouraging children to read. 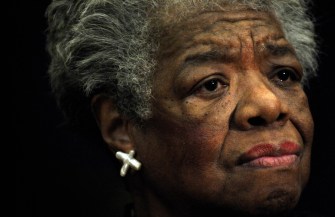 I Know Why the Caged Bird Sings

Maya Angelou’s autobiographical coming of age story has captivated millions since it was first published in 1969. It is the first of a series of autobiographical books she wrote, and easily the most well-known. It is a gripping story of struggle and personal development that can inspire any reader.

Why is it challenged? The book is often called sexually explicit, includes references homosexuality, and includes the use of racist language.

Why should you read it? It is one of those rare biographies that also reads well as a piece of literature. It confronts issues of racism, sexual assault, illiteracy, personal identity, and growing up in a difficult environment with all the beauty of Angelou’s prose.

Katherine Patterson’s classic story of two children who invent a magical kingdom to play in, Bridge to Terabithia has appeared on countless middle school reading lists since it was first published in 1977.

Why is it challenged? The bizarre list of reasons for challenges to the book includes offensive language, violence, Satanism, and the promotion of secular humanism.

Why should you read it? It is an excellent children’s book, it won the 1978 Newbery Medal, that brilliantly deals with issues of death, grief, and friendship in a way that is neither patronizing nor sanitized. 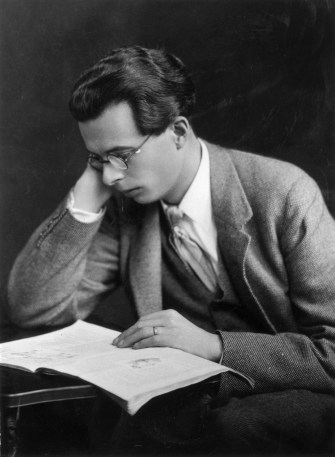 Aldous Huxley’s dystopian novel of hedonism, genetic engineering, conformity, and mass consumption has been knocked off countless times since it was first published in 1931. Based on what he thought the America of the 1920’s would decay into, it remains a haunting vision of things that may still come to pass.

Why is it challenged? It has been most frequently challenged for its depiction of drug use and sex. The school district of Miller, Missouri banned the book for making promiscuous sex “look like fun.”

Why should you read it? The book shows us how what we love can come to control us if misused and investigates the dark side of genetic engineering and modern technology. It forces the reader to confront questions of what utopia actually is and at what price we are willing to accept a world where everybody really is happy all the time.

Author Robie Harris’ children’s book on sex, puberty, and relationships was perhaps doomed to appear on the most frequently challenged list. It is an extremely detailed book that covers a wide variety of topics, much to the irritation of the puritanical.

Why is it challenged? The book is quite detailed, and many challenges relate to it being rated as appropriate for children as young as ten. Its use of cartoon illustrations has also drawn ire, and it has occasionally been called “pornographic” as a result. It also references the existence of homosexuality.

Why should it be read? Given the rather pathetic state of sex education in this country, the book’s honest and detailed explanations offer a needed alternative to the abstinence-only programs which tend to be inaccurate and unable to achieve their goals. 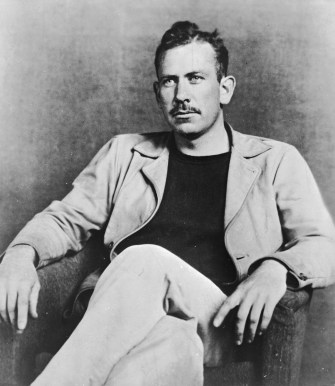 Of Mice and Men

John Steinbeck’s 1937 book about migrant farm workers in California predates his other classic, The Grapes of Wrath, by two years. It is technically a novella, as it weighs in at a mere 30,000 words.

Why is it challenged? The book’s ability to present profound ideas in an accessible manner makes it a staple of many high school reading lists. It has been scorned and banned for profanity, using the Lord’s name in vain, sexual themes, racism, being depressing, and being anti-business.

Why should you read it? If you want a work of classic literature that is also easy to understand, you can’t do much better than this. It hits many of the major themes in Steinbeck’s later work inside of two hours reading time. It is also an excellent work onto itself that is worth the time of any reader.

Tags
booksgaylibraryLiteraturemorality
In this article
booksgaylibraryLiteraturemorality
Related
The Present
The Taoist philosophy behind Alibaba, China’s e-commerce giant
Alibaba has played a key role in China’s meteoric economic rise.
The Present
Radical idea: Redraw the U.S. map as a nation of city-states
While cities drive national economic growth, their political geography means they cannot effectively deal with inequality, poverty, and other socioeconomic problems.
Neuropsych
Memory and the benefits of forgetting
Forgetfulness isn’t always a “glitch” in our memories; it can be a tool to help us make sense of the present and plan for the future.
Thinking
Creative wisdom from Rick Rubin: Embrace your inner gatekeeper
Unlock the full potential of your creativity with holistic detachment. This is the way of the editor.
Thinking
“Give a f***, actually”: The surprising benefits of being grateful for things you dislike
Radical Emotional Acceptance calls on you to celebrate all of life’s emotions — even the negative ones.
Up Next
The Present
Glad the divorce rate in America is falling? Thank millennials.
Millennials are killing everything great about our society including…divorce?