How to Generate a Good Idea 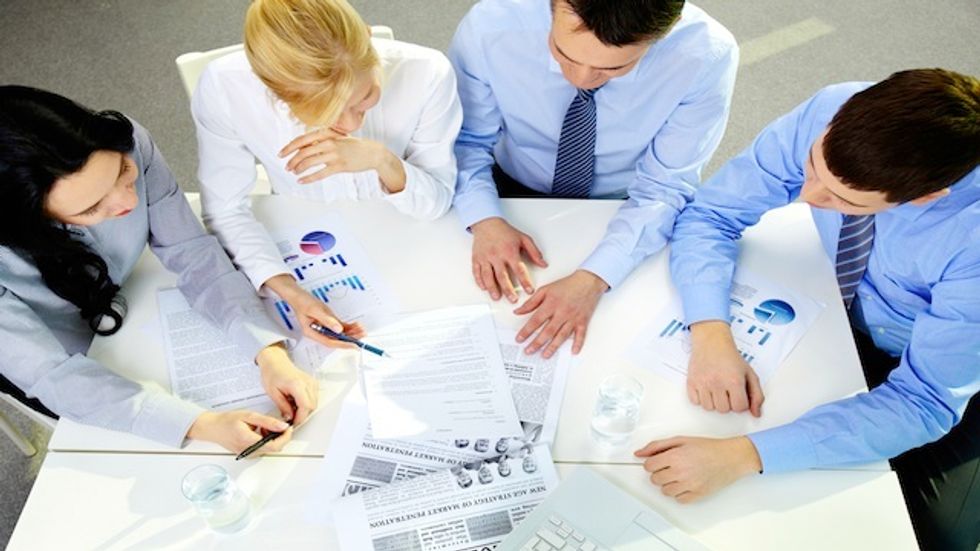 Several years ago, Tom DeMarco and Timothy Lister conducted a study that measured the productivity of computer programmers. Their data set included more than 600 programmers from 92 companies. According to Susan Cain, author of the recently released book Quiet: The Power of Introverts, DeMarco and Lister found that what distinguished the best programmers was not experience or salary, but privacy: personal workspace and freedom from interruption.

In Quiet, her manifesto, Cain criticizes the new “Groupthink” model that she says dominates our schools and work places. Indeed, students are encouraged to collaborate with their peers often, and many businesses (70% by Cain's estimate) sport open office plans to encourage their employees to freely exchange ideas. The idea behind Groupthink models is that creativity and achievement requires other people. Lone geniuses are out, says Cain, and collaboration is in.

She's right to criticize Groupthink, and to argue that society is snuffing out the potential of introverts - roughly a third to a half of the population – by forcing them to work in teams. When it comes to stimulating creativity, brainstorming is one of the least efficient methods.

Social scientists have known this for years. In a series of experiments conducted in the 1950s, researchers found that “individuals almost always perform better than groups in both quality and quantity, and group performance gets worse as group size increases.” Studies have replicated similar findings, and they all highlight the same problem: “People in groups tend to sit back and let others do the work; they instinctively mimic others’ opinions and lose sight of their own; and, often succumb to peer pressure.”

The lesson? Picasso was right. “Without great solitude, no serious work is possible.” So was Steve Wosniak, who in his memoir explained that, “most inventors and engineers I’ve met are like me … they live in their heads. They’re almost like artists… And artists work best alone …. I’m going to give you some advice that might be hard to take. That advice is: Work alone… Not on a committee. Not on a team.”

But let’s not forget that during that collaboration and feedback from other people are essential to the creative process at certain points. This is why English coffeehouses were central to the Enlightenment. As the writer Steven Berlin Johnson says, “[they] fertilized countless Enlightenment-era innovations; everything from the science of electricity, to the insurance industry, to democracy itself.” They were a place where ideas went to have sex, as Matt Ridley says. (Replacing a depressant – alcohol – with a stimulant – caffeine – didn’t hurt either.

Two interesting examples, both brought to my attention by Jonah Lehrer’s latest book Imagine, illustrate the important role other people play in the idea generation process. The first is a study conducted by Adam Jaffe, an economist at Brandeis University. After analyzing a paper trail of patent citations, Jaffe found that “innovation was largely a local process; citations were nearly ten times as likely to come from the same metropolitan area as a control patent.” Jaffe’s finding suggests that inventors are greatly inspired by their fellow inventors, and that the closer they live to each other the better they are at generating ideas. This helps explain why geniuses tend to arise in clusters – think Silicon valley or ancient Athens - and why these clusters are almost always located in metropolitan areas.

The second example comes from a 2010 study by Harvard Medical School researcher Isaac Kohane. Kohane wanted to know how physical proximity affected the quality of scientific research, so he gathered more than thirty-five thousand peer-reviewed papers and mapped the location of the authors. An obvious correlation appeared: “When coauthors were located closer together, their papers tended to be of significantly higher quality, as measured by the number of subsequent citations.”

These examples reinforce a point the Harvard economist Edward Glaeser makes in his New York Times bestselling book Triumph of the City: “Cities speed innovation by connecting their smart inhabitants to each other… proximity makes it easier to exchanges ideas or goods.”

Exchanging ideas and collaborating is, however, worthless without honest criticism and good feedback. A great study conducted by Charlan Nemeth, Bernard Personnaz, Maris Personnaz and Jack A. Goncalo demonstrates this by “testing the potential value of permitting criticism and dissent.” The researchers created three groups of people – minimal, brainstorming and debate – and had them discuss a topic. They found that, “groups encouraged to debate—even criticize (Debate condition) did not retard idea generation, as many would have predicted. In fact, such permission to criticize led to significantly more (rather than less) ideas than did the Minimal condition, both in the group and in total production of ideas.” Exchanging ideas with your peers is good, then, as long as it doesn’t turn into a wishy-washy brainstorming session.

A similar line of reasoning applies to the office floor plans of which Cain is critical – some isolation is good, but too much is bad. At Pixar, for example, Steve Jobs insisted that the architect position the bathrooms at the center of the building so that an animator could easily strike up a conversation with a designer who could bounce ideas off of the COO. This model is the 21st century coffeehouse, and it can be found in the offices of some of the most innovative companies.

What all this means is that generating an idea is a balancing act. When it comes to getting work done and being creative, hell is other people, as Sartre said. But let’s not forget that no man is an island; other people are indispensable when they provide us with inspiration and thoughtful criticism. Steve Wosniak was, after all, one half of one of the greatest collaborations in the 20th century -- despite his introverted nature.