Our world and modern civilization has been shaped by breakthrough inventions and innovators who pushed the bounds of technology and commerce to the brink. Some did it for grand and noble causes either in the name of science, war or religion. Others just wanted to make an extra buck. Whatever the underlying motive is, there is no denying that invention is the root of all progress. And as you’ve probably heard – necessity is the mother of all invention. Inventions are the holy grail of creation. In our society, we idolatrize those great inventors and their novel ideas and many of us wish to emulate them.

If you’ve ever had any innovative inclinations, you’ve probably once pondered the prospects of how to come up with an invention. It’s a tricky thing to try and learn how to create something that has never existed before. There isn’t exactly a printed manual that’s going to tell you how to do it. But there is a rich history of invention and we’ve learned along the way that there are certain ways to catalyze ourselves into this creative state.

Here are 7 ways to come up with inventions and other money-making ideas. 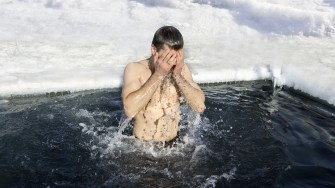 Learn to relax and meditate

Eureka! This is the famous word that Archimedes uttered after stepping out of the bath and realizing that the volume of water displaced was equal to the volume of his body submerged in the water. Out of nowhere this idea seemed to erupt. But what he was doing at the time, might have been responsible for this sudden inventive impulse.

Some scientists believe that the bath or shower setting helps to spurn creative thinking. In a speech about work performance, Scott Barry Kaufman stated that:

“The relaxing, solitary, and non-judgmental shower environment may afford creative thinking by allowing the mind to wander freely, and causing people to be more open to their inner stream of consciousness and daydreams.”

This same line of logic can be applied to active meditation. Once you’re able to silence your mind, that constant stream of consciousness coming through is given a chance to express itself in new ways. This is a theme you’ll see frequently when it comes to invention.

3 questions to kickstart your business empire

Think about what you don’t like in this world

Social entrepreneur, Miki Agrawal, asks one simple question before setting off to create or invent something: “What sucks in my world?”

She runs a multitude of socially conscious businesses. It was this question that led her to create a global sanitation empire. On the subject of motivation she states:

“What keeps us motivated, that when you close your eyes you can say, for every product sold I’m helping support someone who really desperately need something like this, or desperately needs to have a solve for what their issue is, like the global sanitation crisis.”

Motivation like this helps to get those hidden ideas locked away inside of us off of the ground and into reality. It’s also this motivation that turns an idea into a money making business. 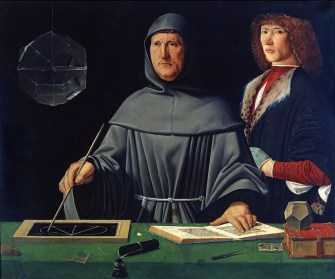 Expand on a pre-existing system and make it your own

Many people don’t seem to understand the maxim and often misattributed quote which states:

One way of looking at it is to think about how many creative people build off of those that came before them and develop that work of art, system or whatever it is into an even greater creation. That is the gist of the quote and the idea. Those who expand it and make it their own are in a very limited sense, stealing these ideas.

One such inventor to do this was the Renaissance Man, Luca Pacioli, today celebrated as one of the most famous accountants who ever lived. He popularized the double-entry system which was known as alla veneziana in the old Venetian days some few hundreds before he was born. Although Pacioli didn’t invent the system, he did take it to the greater heights and ubiquitous use in which we rely on it today.

Pacioli wrote a treatise on the subject of mathematics in 1494. Twenty seven pages of that book are dedicated to the idea of double-entry bookkeeping. Pacioli was meticulous when it came to expanding on this idea and making it his own. He also felt very strongly about the importance of this invention when it came to business. At one point he stated:

“If you cannot be a good accountant… you will grope your way forward like a blind man and may meet great losses.”

Having a creative mindset gives you a new perspective on regular things around you. The ability to be still and just look at things is a simple, but often ignored action. Gaining observational skills helps you to learn, recall and expand upon your immediate surroundings.

This skill is crucial when trying to come up with new inventions.

Typically, you’re racking your brain over trying to come up with a new idea, improve upon something or identify a trend if you’re trying to create a new business. The trick is to simply observe whatever it is you’re after.

These observational skills come in handy, whether you’re trying to make sense of some dataset or you’re just engaged in some mindless meandering while you’re out walking through the city. The ability to truly see what is going on without a million other filters in your head is the path towards creation. 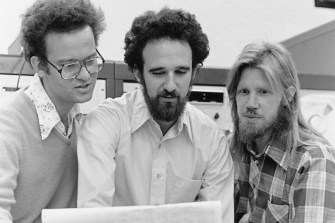 Fight against established views and trends

In the early days of the internet, a few Stanford researchers had received a letter from United States agency threatening them if they presented their findings on the subject of public-key cryptography. The very technology that would one day go on to secure our email transmissions, shop online and pretty much allow for the functioning internet we know today.

The breakthrough paper by Whitfield Diffie and Martin Hellman, which would come to be known as the Diffie-Hellman theory and eventually turned into the RSA encryption technique was once the target of governmental suppression.

Admiral Bobby Ray Inman was in charge of the agency in question. He viewed cryptography as only having a basis in espionage. His reasoning for coming down on the two researchers was because he believed that this type of information might help enemies in future wars encode their messages in a way the United States couldn’t crack it. This lack of understanding put him in a regressive mindset. The researchers on the other hand were looking towards the future.

Sometimes you have to be the evolutionary rogue who goes against the grain of established ideas. It is the only way towards progression. 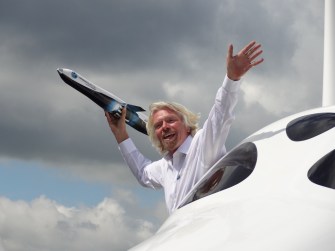 “Any idea can be a great idea if you think differently, dream big, and commit to seeing it realized.” – Richard Branson, CEO and Founder, Virgin Group.

When you’re in the chaotic boiling pot of creativity, there’s no time to waste by being hard on yourself or downing your ideas. Develop each idea as far it’ll take you. You could be sitting on a potential gold mine of a new invention. At this point anything goes. Don’t reject an idea before you’ve fully fleshed it out or thought about it. What you call bad ideas might be the starting point for feasible ones that have some true merit to them.

The goal is to create as many ideas as possible, no matter how strange they may sound. You’ll have a lot of material to work with here.

Author Alex Osborn presented an interesting angle of the steps of brainstorming in his 1953 book titled Applied Imagination: Principles and Practices of Creative Thinking. He broke down the proper steps in a brainstorming session that led to invention or other creative processes.

First you figure out what the problem is and then begin to gather data. Following that you start breaking down the relevant data you’ve gathered and analyze it. Next you come to some kind of hypothesize and then invite others to think about and expand on that idea. Finally you’ll begin to put everything together before judging if the idea holds merit.

Any sort of criticism is reserved until the idea has been fully fleshed out. This is a free and open space for you to think about anything without harsh judgement.

Tags
creativityinnovationinternetinventioninventormeditationmindfulnesstechnology
In this article
creativityinnovationinternetinventioninventormeditationmindfulnesstechnology
Related
Thinking
Creative wisdom from Rick Rubin: embrace your inner gatekeeper
Unlock the full potential of your creativity with holistic detachment. This is the way of the editor.
The Present
How heat pumps of the 1800s are becoming the technology of the future
Innovative thinking has done away with problems that long dogged the electric devices — and both scientists and environmentalists are excited about the possibilities.
Neuropsych
How you breathe affects your brain
Your breathing rhythm influences a wide range of behaviors, cognition, and emotion.
The Learning Curve
The art of asking the right questions
The right questions are those sparked from the joy of discovery.
Empowering growth
Creativity training: How to develop creative skills in employees
By developing skills like divergent thinking and collaboration in the workforce, creativity training has the potential to unlock revolutionary ideas.
Up Next
Thinking
Why Henry David Thoreau was drawn to yoga
The famed author headed to the pond thanks to Indian philosophy.