How to Make Yourself Heard — in Meetings and in Life

At this time of year social interaction increases, including where many of us work.  With pressure to meet year-end goals, tension may be in the air and made worse by more meetings than anyone wants to attend.  This climate offers an opportunity to assess if what you say is actually being heard -- to examine when and whether your comments are talked over, interrupted or even ignored. 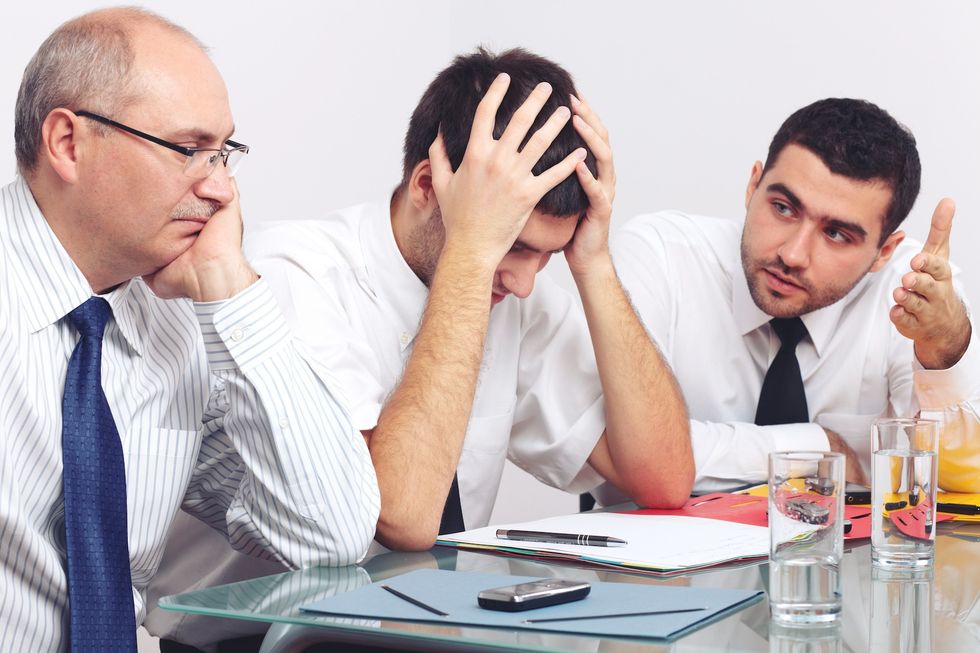 At this time of the year social interaction increases, including where many of us work.  With pressure to meet year-end goals, tension may be in the air and made worse by more meetings than anyone wants to attend.  This climate offers an opportunity to assess if what you say is actually being heard -- to examine when and whether your comments are talked over, interrupted or even ignored.

We generally attend to what people say when they have high status and leadership roles.  It’s rare to see President Obama interrupted.  Who in your firm would change the topic right after the CEO has offered an opinion?  Such exceptions aside, interruptions, dismissals and outright ignoring of ideas are common at work.  If you don’t know how to handle such situations, you place yourself at a distinct disadvantage.

As children, we learn how to converse via imitation and training.  If we’re fortunate, we learn how to listen and respond appropriately.  Through family discussions and other early experiences, we discover, among other communication rules, how to stay on topic, how to introduce a new topic, and how to take turns talking.

To a large extent, conversational competence is about achieving what you want (e.g., getting your point across, defending a position, appearing well-informed and intelligent) while ensuring that others reach a satisfactory portion of their goals as well.

In organizations where competition is intense, passion or politics may cause people to attempt to monopolize conversations.  They may interrupt and even run roughshod over others.  In such cases, those poorly treated exit conversations displeased, annoyed or even angry.

As aggravating as conversational hoarders may be, they’re unlikely to change unless and until pressed to do so.  Since each of us is at least 75 percent responsible for how we’re treated in conversation, silently fuming in a meeting or at a social gathering because we can’t get a word in edgewise is an abdication of our own responsibility.  By letting conversation hoarders have their way, we do so at our own personal, professional or social expense.

If you are frequently interrupted or your ideas are often ignored, how can you turn things around?

Here are a few useful strategies:

Link to what others have said – This strategy relies on the rule of reciprocity.  If you show respect for what others have said, acknowledging their comments in concepts and ideas that you introduce, you both compliment them and encourage them to do the same.  Even a conversational bully may notice the flattering connection you make to his or her comments and accord you a similar courtesy.

Speak with conviction – This is important for both genders, but especially so for women.  Speaking with conviction doesn’t mean raising your voice to a shout, but rather attending to whether you introduce your ideas too softly or modestly.  Women tend to use more disclaimers before stating an opinion, like  “I don’t mean to be difficult,” “Hopefully this doesn’t come across as anger,” “If I may just say” or even (all too often) “I think.” Habitually using such disclaimers or what communication experts refer to as aligning actions will cause people to overlook or devalue the thoughts you have offered.

Insist on being heard – While there’s no need to pound on the table, if you’re not getting a word in edgewise you might just say so.  “I can’t get a word in here and I’ve been very patient” or “Let me interject here for a moment,” spoken with conviction might do the trick -- or simply try continuing to speak even if someone begins to talk after you've started, especially during animated conversations.

Hold the Floor - After being interrupted a couple of times, you can regain the floor, so to speak, by letting others know that you have tried to make a contribution and that your effort has been rejected.  “I know we’re all feeling passionate about this idea, but I want to finish the thought I started a few minutes ago” is one option.  If that’s too direct for the culture in which you work, consider, “I’d like a minute to complete my earlier thought.  It’s relevant here” or “I notice that Jean hasn’t had a chance to say what’s on her mind.  When she’s finished, I’d like a couple of moments too.”  This may make others aware that they’re being overbearing.  If only two or even three people are in the conversation, simply saying “My turn!” can make the point nicely.

Often people aren’t even aware that they monopolize conversations and that your own ideas have thus remained unheard or dismissed. Why drive home from a job or social occasion feeling badly about this?  Give yourself a gift this season.

Find ways to get your ideas heard.  And when you do so, make those ideas worth the effort.  Once you’ve made a strong, positive impression, people are usually more inclined to listen.