We tend to understand where our physical traits come from. We may have our mother’s eyes or our father’s chin. But when it comes to personality traits, we tend to think of them as our own. Psychologists go one step farther. They see things like anxiety or depression stemming from personal experiences which shaped us. Some studies however reach back even farther, are in fact passed down from parents or even grandparents.

Neurosis, anxiety, an adventuresome spirit, can these be inherited? That was the question on the minds of two researchers back in 1992. Then molecular biologist and geneticist Moshe Szyf and neurobiologist Michael Meaney, both of Montreal’s McGill University, met after a conference and had a few beers in a nearby bar. They started discussing inheritable traits, and Meaney theorized that certain emotional traits could be passed down through genes inside the brain. Szyf though skeptical was intrigued.

DNA inhabits the nuclei of cells. Since the 1970’s, scientists had wondered what tells each cell to transcribe certain genes and discard others. It was found that molecules in the methyl group earmarked certain genes, tagging them for transcription. Because of the discovery of these methyl groups and their position, each sitting beside a corresponding gene, the field of epigenetics was born. The Greek prefix epi meaning over from. At first, it was thought that epigenetic changes only occurred in the fetal stage of life. Over time, scientists discovered that changes in diet, exposure to certain elements in the environment, and other encounters also changed our DNA. 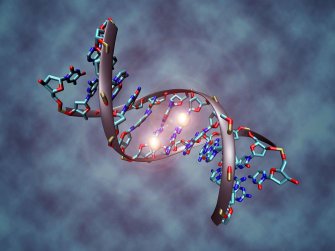 What Prof. Meaney hypothesized was that a parent who experienced a trauma could have certain changes in their brain which might lead to epigenetic changes that were passed on, inhabiting the neurons of their children’s brains or even their grandchildren. That rumination bore an entirely new field, behavioral epigenetics. That means if you had a parent or grandparent who lived through a genocide, war, saw someone murdered, or who suffered a different trauma, say at the hands of an abusive or neglectful parent, you carry traits for the emotional impact in your genes.

A grandfather who was neglected as a child for instance, may have experienced depression, and so passed that predisposition onward. It works in the positive sense too. If your grandfather had loving, nurturing parents, you get a genetic boost in the psychological and behavioral sense. How far does this epigenetic influence go? It’s pretty hard to parse out, even for scientists.

Meaney was able to prove that certain emotional traits were passed down by studying female rats and their pups. He and colleagues gathered data reaching back to the 1950’s. Those baby rats handled by researchers, for as little as five minutes a day, during the first few weeks after birth, were calmer and less stressed than those who were never handled. Meaney and colleagues found this was not due to human handling.

Instead, mother rats were more likely to groom their pups after humans had touched them. They also tended to give them more room for suckling. This extra attention led to better adjusted pups. Meaney showed that the more attention an infant rat received, the lower their stress hormone level in adulthood was. He said, “What we had done up to that point in time was to identify maternal care and its influence on specific genes.” It was after this experiment that Meaney met Szyf. 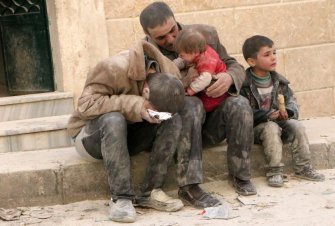 Syrian refugees. Those who endure dramatic experiences pass epigenetic changes down to their offspring.

The pair conducted an array of experiments. They began by selecting highly attentive mother rats and those who were neglectful. The offspring of neglectful mothers were more anxious and easily startled. Researchers took the offspring of these rats in adulthood and examined their brains, specifically the hippocampus. This is the area that has to do with stress, anxiety, and the formation of memories.

Those who had neglectful mothers had observable changes in the methylation of the genes there. These changes produced more glucocorticoid receptors, which interact with the stress hormone. More of them means a higher sensitivity to stress. Those with diligent mothers did not display such changes.

Next, Meaney and Szyf took a group of pups raised by neglectful mothers. They injected their brains with a drug called trichostatin A. This removes methyl groups. None of the skittishness seen in their mothers was found in this group. Their brains were once again examined, and no epigenetic changes were found. “It was like rebooting a computer,” Szyf said.

In a 2008 study, the pair found that neglectful mother rats had fewer estrogen receptors in their brain. When their female offspring matured, this resulted in fewer estrogen receptors in their brains, which led to neglect of their own young. Meaney and Szyf had discovered what is now called postnatal inheritance, or epigenetic changes from the environment that are written into our DNA, and then passed down to the next generation. These two scientists have published 24 papers on the subject since.

Next, the researchers moved on to human subjects. In a 2008 study, Meaney and Szyf examined the brains of those who committed suicide, and compared them with those who had died for other reasons. Among the suicidal, neural genes in the hippocampus showed excessive methylation. Since their brains were so methylated, researchers concluded that suicidal subjects must have been abused as children. This could be why someone who had neglectful or abusive parents must struggle to overcome the trauma they endured. Methyl groups in their neural genes bind them to feelings of anxiety, hopelessness, malaise, or worry. Of course, due to ethical concerns, examining the brains of living humans is out of the question. Professor Szyf however has located signs of epigenetic methylation in blood samples. 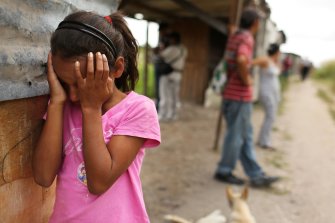 An orphans suffering may affect their genome, long-term.

In one experiment, Szy and researchers from Yale recruited 14 Russian children brought up in an orphanage, and 14 others raised by their parents. Each gave a blood sample which was examined. Orphans had far more methylation than those who were raised by their parents. Areas of the brain important for communication and brain development were most affected.

The study concluded that separation from biological parents causes early stress that effects the person’s genome, long-term. This in turn could explain why adopted children may be more susceptible to damage from harsh parenting styles, on the part of adoptive parents. Study co-author, psychologist Elena Grigorenko wrote, “Parenting adopted children might require much more nurturing care to reverse these changes in genome regulation.”

The most exciting revelation was from a study last year out of New York’s Mount Sinai hospital. 32 holocaust survivors and their children had their genes analyzed. A methylation tag was found in a stress-related gene in parents and children alike. “The gene changes in the children could only be attributed to Holocaust exposure in the parents,” said Rachel Yehuda, lead researchers on the study.

More research must be done to understand the processes involved. How epigenetic changes are passed on from parent to offspring still remains Unknown. Though we may despair that our parents or grandparents trauma lives on in us, Prof. Yehuda says other, related methylation tags may make us more resilient, which could be passed down too.

Some researchers take it a step further. It could be that many or even most of our emotional and psychological tendencies, whether we are intellectual or tactile, communicative or quiet, emotional or stoic, forgetful or possess a perfect memory, might all arise from epigenetic changes passed down from our ancestors. What’s more, this breakthrough could lead to big changes in how we treat psychiatric conditions. Big Pharma and small biotech startups alike are already hunting for compounds, hoping to launch the next generation of drugs for psychiatric disorders, ones that are more effective, with very few, if any, side effects.

To learn more about the holocaust study and it’s implication for mental health click here:

Anxiety can be good or bad. It turns out that it’s really up to you.
Neuropsych

Laughing gas may be far more effective for some than antidepressants.
Up Next
Surprising Science

The Reason You’re Positive You Remember Something That Never Happened

Scientists think they may understand why our brains produce false memories.