It seems that everyone is susceptible to the phenomenon of “memory distortion,” or the creation of false memories. Researchers think they may be starting to understand how false memories occur: They’re the product of a kind of shorthand your brain uses to store memories efficiently.

By false memories, we’re talking about things we clearly recall happening that never actually did. It can be an event you think you attended, or some detail you incorrectly recall, and it happens even to those with amazingly good powers of recall.

In one 2013 study at the University of California, Irvine, two groups of subjects were assembled, those with normal memories and another group of people with “highly superior autobiographical memory” (HSAM). These are people with uncanny memories who remember dates and event associations way beyond most of us. No matter, though: Testing revealed they produced just as many false memories as normal people.

The researchers used the Deese–Roediger–McDermott (DRM) paradigm. In DRM, subjects are presented with a list of 12 “lure” words that make them think of another word that isn’t on the list. For example, it could be a dozen words like “bed,” “rest,” “pillow,” “blanket,” “dream,” and so on. Subjects, when quizzed on what words they’ve been shown, will remember seeing the word “sleep” as well. In fact, all of the test subjects in the UC Irvine experiments did. DRM-type lures can also make people falsely remember details in photos that aren’t there.

Now a study by Proceedings of the National Academy of Sciences (PNAS) may have a clue as to why this happens. The researchers worked with fMRI scans of subjects’ brains — in particular the temporal pole region.

What appears to be happening is that the brain uses common neuron firing patterns for related words — and presumably pictures, sounds, etc. — keeping them all together in the brain for efficient storage and retrieval. 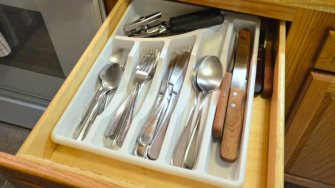 Everything in its place. (VIRGINIA STATE PARKS)

The false memory occurs because it’s one of a group of words that gets remembered as a set, maybe because experience teaches us they’re likely to be used together.

It’s an interesting starting point for a phenomenon scientists are eager to understand better.

After all, the study of false memories isn’t just academic. Witnesses to crimes can think they saw something that’s actually been suggested to them later on, and false childhood memories can be difficult to separate from actual occurrences, especially when they’re painful. Advertisers use false memories to make us want to buy. And, of course, it would be preferable for each of us to know with 100% certainty what we really remember and what we’ve invented, whether that’s a news event or something from our own lives.

Hybrid animals emere when two different species from the same family reproduce. For many years, the kunga’s lineage was just another genetic mystery.
Up Next
Strange Maps

The sender didn’t have a name nor an address for his letter. So he drew a map instead.