They’re certainly among the most convenient fruits. Bananas are compact, tidy, bundles of potassium and deliciousness. And when we says “bananas,” what we really mean are Cavendish bananas, an edible, cultivated subgroup of the fruit. Ninety-nine percent of the bananas sold in the world are seedless Cavendish bananas, although in the wild there are over a thousand strains of bananas, many of which are unsuitable for eating. Unfortunately, Cavendish bananas are about to go extinct. 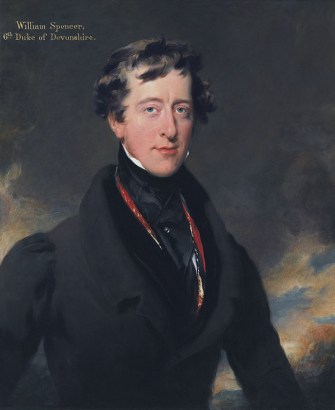 Cavendish bananas are pretty much genetically identical — they’re all sterile clones from the fruit of a single English tree, grown in 1834 by William Cavendish, the 6th Duke of Devonshire, in his greenhouse. As such, they’re all vulnerable to the same threats. What’s killing them now is a soil-borne fungus, Fusarium oxysporum f.sp. cubense (Foc), also known as Fusarium Wilt Tropical Race 4 (TR4). It kills bananas by infecting its root and vascular system, rendering it unable to take in critical minerals and water.

TR4 first began ruining Cavendish bananas in Malaysia and Indonesia around 1990 and has since made its way through Southeast Asia and to the Middle East and Africa. Last year, it reached Latin America, the world’s main source of bananas.

Growers are doing what they can to beat back T4’s advance—including taking acre to use only untainted planting materials so as to avoid spreading T4 via soil contamination—and Australia has shown some success in slowing down the assault. However, these are stopgap efforts that are ultimately unlikely to save the Cavendish. 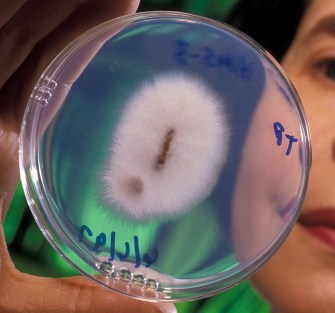 This is not the banana industry’s first encounter with this fungus. Up to the 1960s, the world’s most popular edible banana was the Gros Michel, or “Big Mike,” variety. To meet worldwide demand, growers got into the Gros Michel monoculture business big-time, with thousands of tropical-forest hectares converted into massive plantations growing these bananas.

The Cavendish didn’t quite have Gros Michel’s rich taste, but it wasn’t vulnerable to T1, and so it took the place of the Gros Michel as the world’s main edible banana. 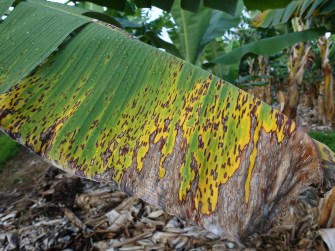 The Cavendish is also susceptible to another fungal invader via a disease called Black Sigatoka. This fungus, Pseudocercospora fijiensis, destroys the plants’ leaves, producing cell death that damages the plants’ ability to photosynthesize. If left uncontrolled, crop yields can be reduced by 35 to 50 percent.

Growers are fighting back with continual leaf trimming and the liberal use of fungicides—more than 50 applications of the toxic chemicals may be required each year to bring Black Sigatoka under control. This is, of course, harmful to workers managing the crops and to the environment, and makes growing Cavendish bananas less profitable. If this weren’t bad enough, repeated applications of fungicides end up strengthening the fungus and making it even harder to control by selecting for mutations that can withstand the chemicals.

There is one field full of healthy Cavendish bananas and T4, however. It’s in the town of Humpty Doo in Australia. Researchers led by James Dale of Queensland University of Technology inserted a gene from a wild banana into their Cavendish bananas and that did the trick. Big Think readers may recognize Dale’s name—he is also part of the team developing the so-called “golden banana,” a fruit packed with vitamin A that could help reduce world hunger. We’ve written about this intriguing project before.

Other scientists also see hope for the Cavendish via genetic editing, whether that’s by activating existing genes or by de-activating genes that misbehave in the presence of T4. Would you eat a genetically modified banana? Many wouldn’t, and it’s therefore unlikely that genetically modified Cavendish bananas will reach the worldwide market in time, especially considering the extended testing for safety that various governments would require.

Some observers are already looking beyond the Cavendish in hopes that we might end up with an even better fruit, given the many varieties of banana that exist in nature. Two such bananas are Peru’s popular Isla banana and the Blue Java, a banana that tastes like ice cream. Maybe the demise of the Cavendish will end up being a good thing.

Tags
bananasdietfoodfungus
In this article
bananasdietfoodfungus
Related
The Present
A new franchising model offers business opportunities to those who need them most
A socially minded franchise model makes money while improving society.
The Future
Lab grown chicken nuggets makes cruelty-free meat possible
We eat 50 billion chickens every year. Is there a better way?
Thinking
Want to help animals? You might have to eat a few more
A virtuous diet isn’t strictly vegan.
Neuropsych
Caffeine isn’t actually going to help you combat sleep deprivation
Participants were asked to complete a simple attention task as well as a more challenging “placekeeping” task.
Neuropsych
Eating noises make you crazy? You have misophonia
People who go ballistic over other people’s eating sounds aren’t just cranky — they have misophonia.
Up Next
Strange Maps
Pandemic resurrects old Australian border dispute
Victorians want to rectify 19th-century surveying error – and become South Australians.