Science fiction requires its fans to suspend their disbelief, and there’s no greater ask in that department than when trying to enjoy a time travel story. Writers twist their plots into Gordian knots to explain how time travel could logically work in their futuristic worlds. When the simplest explanation is, it probably doesn’t.

Many physicists have agreed with that assessment. Einstein wondered whether time travel—more specifically ramifications of Gödel’s universe—could be “excluded on physical grounds.” In a 1992 paper, Stephen Hawking coined the “chronology-protection conjecture.” That’s basically a temporal accord baked into the laws of the universe to render time travel impossible and, in Hawking’s words, “make the universe safe for historians.” And Russian physicists Igor Dmitriyevich Novikov formulated a similar idea with his “self-consistency conjecture.”

But physics can’t preclude the possibility of time travel entirely. Both general and special relativity shows time to be relative, and general relativity is open to the possibility of temporal shenanigans. But if you could hop into a time machine and jet back in time, would you need to worry about generating history-altering paradoxes? Not according to a new study published in the peer-reviewed Classical and Quantum Gravity. The math shows the universe will sort things out. 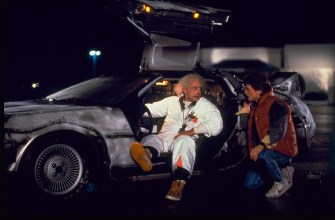 According to the study, the universe would have worked things out whether Marty stole credit for “Johnny B. Goode” or not.(Photo: Universal Studios)

The classic temporal thought experiment is known as the grandfather paradox. It goes like this: Imagine you decide to go back in time to kill your grandfather. Yes, his election-year posts have been that embarrassing. You travel back and kill him before he conceives one-half of your parents. But then, how is it you can exist to go back and kill him? But if you don’t exist, then who killed your grandfather? Paradox. The timeline is no longer self-consistent. (Maybe.)

One would think such worries limited to high-minded philosophy debates or low-brow movie riffs. But some solutions to Einstein’s field equations allow time travel through closed timelike curves. These theoretical paths would allow someone to be present at an initial event, travel through space and time, and return to that event again. Think a spacetime loop-the-loop. Importantly, the return point is not a repeat of the initial event. It is the initial event.

The implications of closed timelike curves lead to all sorts of wild time travel scenarios. According to physicist Michio Kaku, these have included traveling through a wormhole, through a spinning black hole, around an infinitely-long spinning cylinder, and around two colliding cosmic strings. 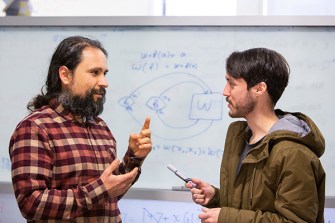 “Some physicists say it is possible, but logically, it’s hard to accept because that would affect our freedom to make any arbitrary action,” Tobar said in a release. “It would mean you can time travel, but you cannot do anything that would cause a paradox to occur.”

According to their research, time travel can be consistent and free of logical paradoxes. However, that requires the outputs of all but two space-time regions to be fixed. In that case, despite the presence of closed timelike loops, entities can maintain their freedom of choice without resulting in a paradox.

“The maths checks out, and the results are the stuff of science fiction,” Costa said in the same release.

To illustrate their findings, Tobar and Costa offer a thought experiment straight out of science fiction. Imagine you travel through time to stop the COVID-19 pandemic. You locate and quarantine patient zero. Mission (and paradox) accomplished, right? Not according to their research. The math suggests that temporal events would adjust to being logically consistent with any action you made. For example, you may catch the virus, become patient zero, and spread the pandemic anyway.

Therefore, future, erm, past you still has the stimulus that sent you back in time initially.

“No matter what you did, the salient events would just recalibrate around you,” Tobar said. “That would mean that—no matter your actions—the pandemic would occur, giving your younger self the motivation to go back and stop it.

“The range of mathematical processes we discovered show that time travel with free will is logically possible in our universe without any paradox.”

Of course, sayings paradox-free time travel is mathematically consistent is a wildly different statement than saying it is practically possible. Even if you could take the plunge into a wormhole, there’s a good chance you’d be crushed out of existence before reaching the other end. Souped-up DeLorean or no.

It all depends on how the laws of quantum gravity shake out, and physicists are still exploring that very open question. What about those other scenarios Kaku pointed out? In a follow-up article, he points out that none can be realized using known physical mechanisms.

So, while we may be the time lords of the whiteboard, the universe will be a one-way street for the foreseeable future.

Find your wallet or keys — or a nuclear submarine.
Life

A researcher explains a little-known niche within modern physics: animal collective behavior.
Starts With A Bang

Everything you need to know about the math of Powerball

With a record-setting $1.9 billion jackpot, you’d think it’s a no-brainer to buy a Powerball ticket. But the math truly shows otherwise.
Hard Science

The strange number 1/137 shows up everywhere in physics. What does it mean?

Does it have a deeper significance — or is it just a number?
13.8

A variety of living and non-living things exhibit behavioral synchronization. Why?
Up Next
Health

Why do some people suffer worse from COVID-19? New studies identify a genetic mutation

94 percent of men in the study have this mutation, which explains why men are more likely to die.