"Behavioral politics” can shed light on terrorism's appeal. And why simple appeals to reason might not work. Indeed rationality doesn't work the way many think it does. What makes us tick must matter for how reasoning works. 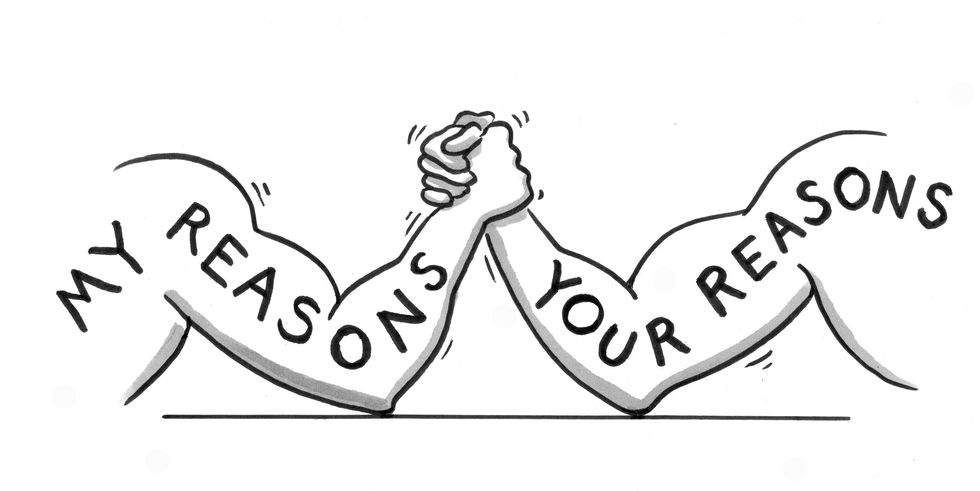 1.1 Can “behavioral politics” explain terrorism? What makes us tick surely must matter for how reasoning works.

1.2 Democracy and economics presume “rational choice” models (to some degree).

1.4 As with products, so with policies...do voters rationally, self-interestedly, evaluate policies?

2.2. Consider terrorism using that anatomy of reason. Is it irrational (Caplan)? Nihilistic (Obama)?

2.4. That might sound “stupid or irrational to us… [but, like beauty]... rationality… is in the eye of the beholder.” Paradise-seeking has a logic (“though this be madness, yet there is method in it”).

2.6. Hamid detects "a sense of overarching meaninglessness" in Western democracies, and no guarantee of Muslim nations secularizing—Islam can’t be easily quarantined within a private sphere.

3.1 Dismissing terrorists as “mad or bad” risks error. Given their assumptions and aims, they might “logically” seek “purpose” (Peter Bergen) or glamour (Virginia Postrel).

3.3 But Pinker’s conclusion—“The world has far too much morality”—is like complaining of too much insulin. You can’t wish away your pancreas or your moral-emotion generator (we can only alter the triggering context, or retrain triggered moral scripts).

4.2 Humans have a powerful “mattering instinct”—our evolved “will to matter” is among our strongest drives (Rebecca Goldstein). Humans “cannot stand a meaningless life” (Jung).

4.3 Has secular rationalism offered good substitutes for religion’s historical role as the most powerful mattering-definer? Connecting you, and your loyalties, to something larger? (—>”All Meaning Is Relational.”)

5.1 Let’s be clearer about what matters, and what drives our deeds. And deploy reason in “psychologically far sounder” ways, mindful of empirically varying assumptions and aims.