Comparing “astronaut” to “cowboy” ethics can show that Locke's limits on liberty need to be revised. We once could see that pitting self-interest against collective self-preservation wasn’t rational. Me-opic and logically unworkable ideas that economics sometimes encourage have made that harder to see. 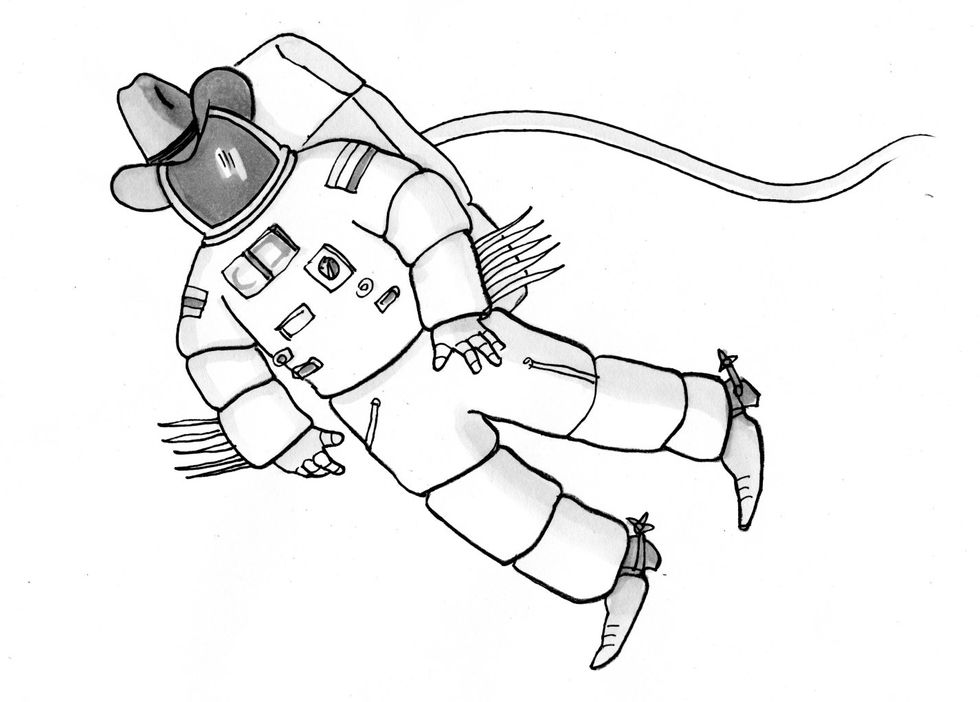 “Freedom in a commons brings ruin to all.” So says Garrett Hardin reassessing his misnamed “tragedy of the commons” parable. He’s right, and since certain kinds of “commons” are unavoidable, his logic means we are too free. Revised logical limits of liberty are needed.

1. Hardin’s scenario described incentives for herders to overgraze a commons (public pasture). Pursuing their narrow self-only-interest, they ruin the shared resource. Hardin later said his “weightiest mistake” was not noting that the fault lies in the “unmanaged” freedom.

3. The Golden Rule — “Do unto others as you would have them do unto you” — easily cures Hardin’s “tragedy.” But somehow its symmetric logic is losing sway.

4. Locke defined commonly accepted limits on liberty in 1690: “Reason ... teaches all Mankind ... no one ought to harm another in his Life, Health, Liberty, or Possessions.” But by 1968, Hardin believed self-maximization was “rational,” even when collectively ruinous.

5. We know we are not free to harm any other person’s interests. So why would harming the interests of all others (the commons) be OK? “The commons” are commoner than many believe (e.g., our unfence-able microbial commons; markets are commons-like resources).

6. Unlike the Golden Rule or Locke’s limits, Hardin’s herder logic is too me-opic and asymmetric. It “works” only if others don’t do it. It might make twisted short-term sense, but it can’t last. Contagious behaviors bind our common fate to what we allow ourselves, and others to do.

7. Tragedy once was more than a bad ending. It meant being at the mercy of a situation where it was impossible to avoid disaster. Hardin’s hard-of-thinking herders hardly fit the bill. Just don’t overgraze — and organize to ensure no one else does. A trivially solvable “tragedy” isn’t worthy of the name.

8. Avoiding foreseeable doom is rational. Pitting self-interest against collective self-preservation isn’t. We once could see this. Economic cowboy ethics risks ignoring it.

11. We need to better grasp our own needs. And that others, and their needs, are inescapable.

12. Know your needs. Don’t damage what supplies them. Don’t let others either. Or you’re doomed.