How do "genes" work? So-called experts have a hard time agreeing

How we talk about genes shows many are confused. Seductive stats illusions, iffy gene ideas, bad causology, and lax jargon, are creating a recipe for epistemic comedy (and genetic tragedy). 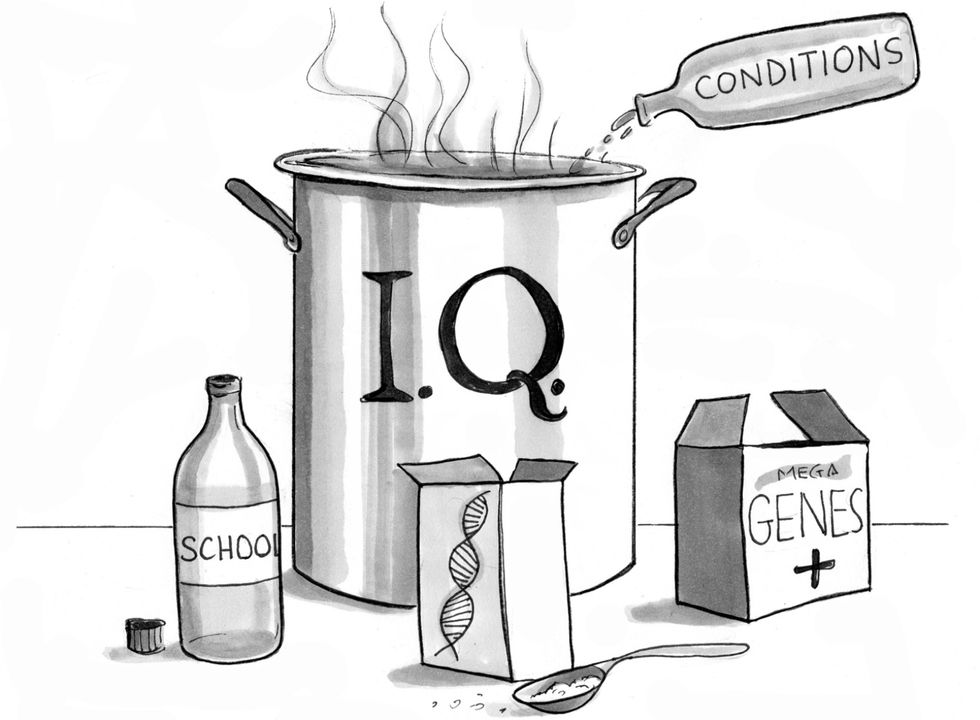 1. Do you know how genes work, or grasp what gene stats mean? A recurring IQ-and-genes fuss shows many are tempted into an epistemic comedy by seductive stats illusions, bad causology, and lax jargon.

5. Exposing stats illusions Shalizi warns “causal-sounding phrases... encourage confusion” in many analyses of variance studies (where "due to," "explained by," "account for" don’t have ordinary meanings).

8. Statistically decomposing processes or functional systems is often like asking what percent of a car’s speed is caused by its engine or fuel or driver (all contribute inseparably).

10. Still, the “joy of stats” seduces many into confusion and causal overreach. For instance, Antonio Regalado covering dodgy DNA-to-IQ “predictors” uses “linked to” and “tied to” but slips into over-causal “explains” and “genetic determinants.”

15. Correlation abuse and “multiple-regression monster” studies are as scandalous as science’s mass misuse of “statistical significance.”