Is all the truth we need in the data?

Although it seems savvy to defer to “the data,” the devil is in the mixed details. For example, humans on average have one testicle and one ovary. 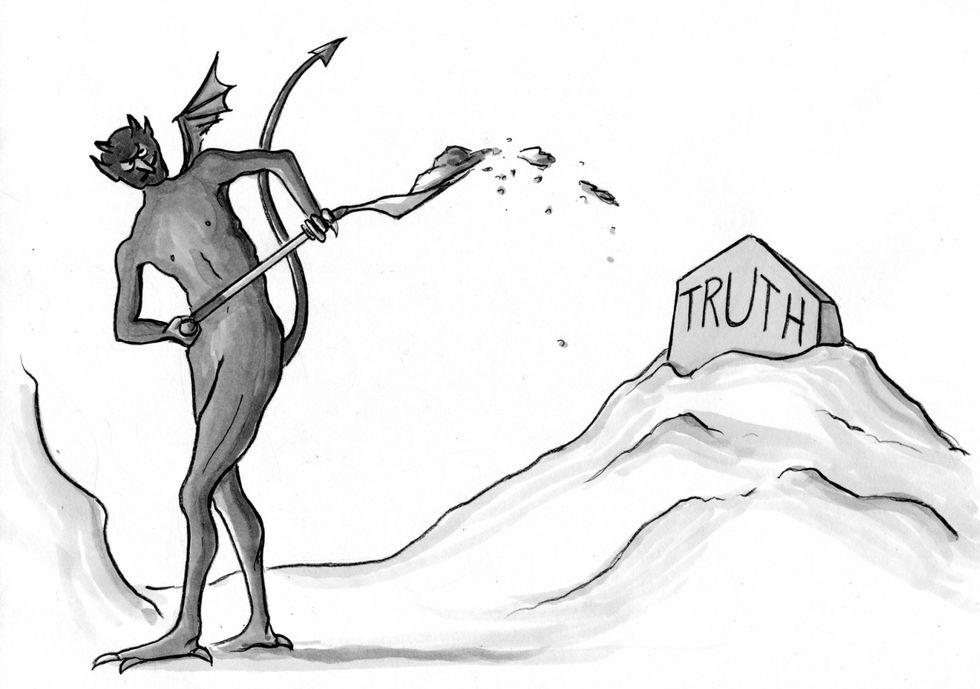 Is all the truth we need found in the numbers? Can the stats always chart a better course? Although it seems savvy to defer to “the data,” the devil is in the details.

2. That’s a common stats weakness. The national data hide huge variations — 70 police forces arrest African-Americans at rates 10 times higher than other groups. In such places, the national stats are irrelevant. Stats help when they’re representative of the particulars. Otherwise the satanically slippery stats can mislead even experts (e.g., Mullainathan, and responses here and there miss the main relevance issue).

3. Here’s a medical example — Stephen J. Gould’s “The Median Isn’t The Message.” He knew his cancer’s median mortality of eight months didn’t necessarily mean he’d “probably be dead in eight months." His particulars weren’t well-represented by the stats. He lived another 20 years.

4. More funnily... mixed types can mangle data — humans on average have one testicle and one ovary.

5. Surely doctors know better? Despite being the leading cause of death in ovary-carriers, they’re underrepresented in coronary research (30 percent, +see FDA’s gender efforts).

8. Statistics, crucial to science, are also perhaps its “tragic ... flaw.” Relying on the “statistical significance” recipe doesn’t ensure real-world importance (and not everything is bell-curved). Bad stats and other data biases contribute to ills in many fields (e.g., neuroscience, psychology, economics). Heaven help journalists (or these earthier volunteers).

10. Tools must match the domain. Stats excel in physics, where behaviors are stable (nothing in physics chooses). But people aren’t biological billiard balls. Our games are complicated by our choosing and changing how we choose.

11. Sports are simpler than economics and life. And we know stats in sports aren’t a sure bet. Sports and life are too polycausal (see oli- vs. poly-causal sciences). High “causal density” can subvert the utility of stats.

12. Turning the world into numbers is tricky. Never forget what the numbers really refer to.

Numbers have no monopoly on precision or truth. We’ll always need non-numerical logic (the quality of quantitative reasoning rests on good qualitative distinctions).

Many of life’s patterns remain beyond “the numbers.”