Cars Parts Show Us How Some Genetic Stats Mislead

We can “read” genes with ease now, but still can’t say what most of them “mean.” To show why we need clearer “causology” and fitter metaphors, let's scrutinize cars and their parts like we do bodies and genes. 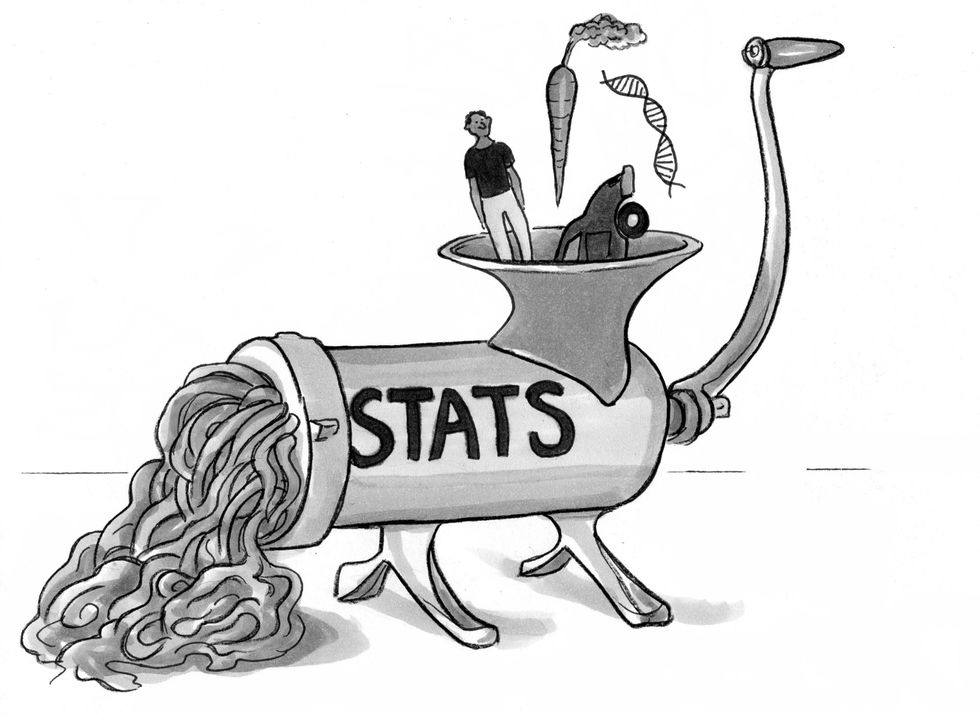 1. We can “read” genes with ease now, but still can’t say what most of them “mean.” Mastering precisely how they “cause” higher-level traits will require clearer “causology” and fitter metaphors.

2. Genes (more precisely, gene products) contribute to fiendishly complex processes that confound the standard stats grinder. To illustrate, imagine scrutinizing cars and their parts like we do bodies and genes in “genome-wide association studies” (GWAS). The details don’t matter here, beyond that a car-GWAS would analyze a car-level trait like fuel efficiency by variations in the properties of all the car’s parts.

5. Generally, part-level properties can have non-causal and non-random “links” to higher-level traits. And including non-causal factors distorts the statistics (misallocating the variation that seems “explained by,” “accounted for,” or “linked to”). Lacking causal insights, you always run the “red-brake” risk.

6. Regarding metaphors, gene products work more like words than car parts (genes aren’t static “blueprints”). They act via sentence-like structures with collective effects and multiple “meanings.” But we lack the rules (~cellular syntax, gene grammar) for how parts of biology compose life’s activity-sentences.

9. All this is sort of known (e.g., genetic architecture, causal roles) yet “jump-to-the-genes” GWASing continues (with rickety elaborations like polygenic scoring).

13. Statistical analysis without causal insights often runs the red-brake risk. The habit of adding variables to “control for” factors can misallocate variation (itself often a nonsensical or low quality quantification).

15. You know that correlation doesn’t imply causation, but AI doesn’t “know” that.