“Alas, poor Yorick!” Hamlet says in the famous graveyard scene from William Shakespeare‘s play. “I knew him, Horatio.” Most people misquote the line as “I knew him well,” but Hamlet didn’t say that. Neither do we know Hamlet’s creator “well,” now 400 years after he shook off that mortal coil to venture off to that undiscovered country from which no traveler returns. Shakespeare, whose works live on in nearly every human language (and even in the “original” Klingon), remains an impenetrable mystery in death. What secrets did Shakespeare take to his grave four centuries ago on April 23, 1616? Are the plays the thing to unlock the mysteries of literature’s king? 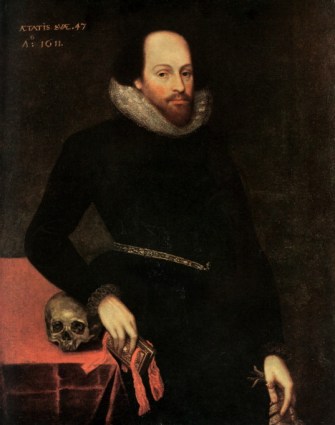 Of all the things that we think we know about Shakespeare but really don’t, what stands out to me is the question of what he looked like. If you thought the portrait above shows Shakespeare, you’re not alone. Many believed it the Bard until the 1930s, when scholars suggested it showed instead Edward de Vere, 17th earl of Oxford, whom many know as one of the suspects in the great “Shakespeare authorship question,” along with Christopher Marlowe, Sir Francis Bacon, and William Stanley, 6th Earl of Derby (among others). In fact, it’s this fact-free Shakespeare biography that still inspires screen atrocities such as 2011’s Anonymous, whose poster asked “Was Shakespeare a fraud?” while suggesting de Vere was really “Shakespeare.” Such lingering doubts and half-baked theorizing compel scholars to keep digging and looking for Shakespeare’s secrets. 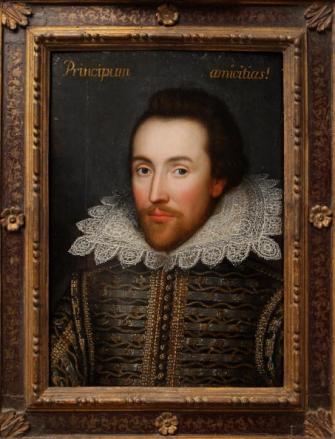 Sometimes that digging hits hidden pay dirt. As recently as 2009, experts determined that a new portrait, called the Cobbe Portrait (shown above), was the first discovered from Shakespeare’s lifetime and possibly painted from life (unlike other posthumous portraits reputably of him). New documents related to Shakespeare’s life, however, remain elusive, a strange problem for a man who made his money as a writer. In fact, the lone manuscript page we have believed to be in Shakespeare’s own hand belongs to a play never produced during his lifetime, the collaborative work Sir Thomas More. Too politically hot for Jacobean England, Sir Thomas More may not have hit the stage until 1922. 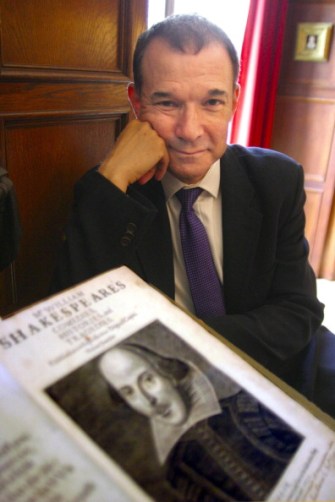 Lacking evidence, how can we “know” Shakespeare? We can make educated guesses. Some highly educated guesses came from Shakespearean scholar Stephen Greenblatt (shown above) in his 2005 best-selling “biography” Will in the World: How Shakespeare Became Shakespeare. Both informative and entertaining, Greenblatt navigates you through the tangled mess of centuries of Shakespearean legend and scholarship with highly probable ideas about the Bard that, absent absolute certainty, are better than nothing at all. Other scholars criticized Greenblatt for stretching the thin documentation we have too far, but, again, for those with a hunger for knowing what Shakespeare’s world may have been like, Greenblatt serves up a tasty meal. 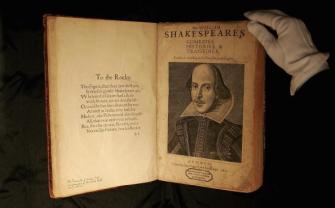 Greenblatt, of course, like every other scholar, makes extensive use of Shakespeare’s writings, the history of which begins with the “holy grail” of English Literature, The First Folio of 1623 (shown above). Error ridden and revised later on, the texts of the plays in The First Folio remain the starting point for any digging into the mystery of Shakespeare. As Ron Rosenbaum pointed out, references to skin, gloves, and glove-making abound in the plays, unsurprising for the son of a tanner and glove maker. Such nuggets mined from the texts help scholars fight back the authorship question “truthers” while allowing us to think we know how Shakespeare thought. Books such as Jonathan Bate‘s Soul of the Age: The Life, Mind and World of William Shakespeare offer fascinating suppositions, but, in the end, remain purely guesswork, no matter how erudite. 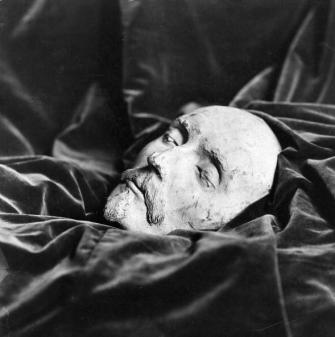 Alas, every time we think we have Shakespeare in our hands, he slips through our fingers. Imagine finding the Bard’s death mask (shown above), only to have it disproven by scholars. For years, “truthers” believed the secrets were actually buried with the body and begged for an exhumation. When filmmakers recently scanned the grave with radar they actually found a surprising secret—the playwright’s head is missing (probably taken by graverobbers long ago).

Personally, the one theorized Shakespeare “secret” I find the most fascinating is the possibility that Shakespeare was secretly Catholic (or held Catholic sympathies)—a dangerous thing during the religious tumult of England during his lifetime. If he were Catholic, Shakespeare would have avoided committing that belief to paper, which perhaps explains the lack of a diary or other personal writings. But it would add an interesting dimension to his involvement in the controversial Sir Thomas More, the story of the Catholic saint. And what is the nature of that monologue we have in Shakespeare’s handwriting? Shakespeare has More talk of the plight of outsiders, specifically Huguenot refugees of religious intolerance:

Imagine that you see the wretched strangers,
Their babies at their backs and their poor luggage,
Plodding tooth ports and costs for transportation,
And that you sit as kings in your desires,
Authority quite silent by your brawl,
And you in ruff of your opinions clothed

When Shakespeare paints in words a picture of Huguenot refugees with “babies at their backs” and lugging “poor luggage” before the uncaring glare of the Protestant English, it’s not hard to see today’s Syrian refugees and others displaced by religious strife. Perhaps the real “secret” Shakespeare took to his grave was an essential humanity founded in the recognition of others’ humanity. For Shakespeare, the greatest test of our humanity is acknowledging the humanity of the lowest outsider—the Catholic in Anglican England, the Huguenot, the persecuted Jew, the refugee far from home. That’s a secret we should all share today.

How to Survive an Extinction Event with Therapsid Lystrosaurus

How does life bounce-back after an extinction-level event? Researchers are studying how the therapsid Lystrosaurus survived through one of the “Big Five” extinction events. It may help scientists predict how Earth will bounce-back from the mass extinction we’re witnessing today.