To put it simply, Pokémon Go is a location-based augmented reality game for your smartphone, the first true hit of this genre. It was developed by Niantic, a company under Google’s umbrella. Since it was released in the US a week ago, the game has become a cultural and social phenomenon, quickly going viral, rivaling such online stalwarts as Twitter in popularity.

What do you do in this game? You point your smartphone at the world around you and try to catch magical creatures called Pokémon (short for “pocket monster”) that seem to appear on the screen. It’s an amazing extension of the game space from the screen to the whole of your everyday experience.

The game uses GPS to pinpoint your location and inserts the little monsters into real spaces that you look at through the phone’s camera. The game populates the creatures all over your city, with different kinds of Pokémon materializing depending on where you are and the time of the day. This way you have to go to more places to find all the monsters.

The game is actually smart enough to populate your world with the monsters that are location-dependent. For instance, being on a beach would prompt a water-based Pokémon to pop up. 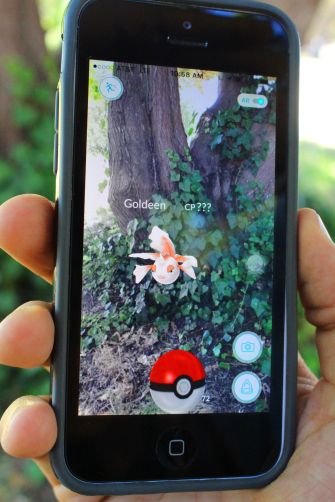 Once you catch them (which requires you to battle them), you can train the Pokémon and make them fight each other. In the game’s parlance, this makes you a “trainer“. You can also fight other such trainers to give your little monster expanded abilities and to up your ability to find even rarer Pokémon.

Another aspect of the game are PokéStops, which are specific locations in the “real” world that you can see on a map inside the game. Once you go to these places, you can buy (for real money) the game’s weapons called Poké Balls and Pokémon-hatching eggs. You can also buy and set up lures that can attract Pokémon to these locations (a technique used by some businesses like cafes to attract hordes of obsessed Pokémon hunters).

To get all the monsters, you need to travel a lot, both day and night. 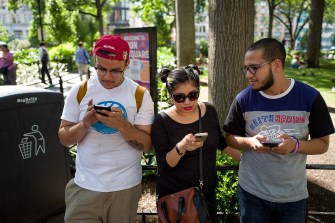 How popular has the game been? People are looking for Pokémon all over their cities, parks, offices, and even while in Ubers. The game was even used by some enterprising robbers to lure victims.

The Pokémon franchise is owned by Nintendo and already had a viral phase in the late 1990s, when it became wildly popular on the company’s handheld consoles, spawning a tv show, movies and trading cards. The tremendous popularity of this new incarnation of the game brought Nintendo’s market value up by $9 billion. 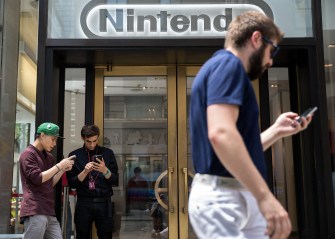 The game’s amazing spread has caused much attention and scrutiny, including criticism of how it gathers user data, allowing for possible breaches of security. The developers announced that they are working on a patch to fix any such issues.

The game is available for both iOS and Android.

Happy hunting (and watch out for that light pole as you walk glued to your screen)!

The Pokemon Go craze is finally reaching an equilibrium. The game had a stellar run while it lasted, but over the last few weeks Pokemon Go has seen a steady drop-off in daily active users (DAUs).

Saudi clerics see Pokemon Go as anti-Islamic and full of forbidden symbols and ideas (like evolution!), so have renewed their 2001 fatwa on it.

Up Next
Technology & Innovation

How to Deceive a Robot

How do you fool a robot? It’s not difficult—machines are only good at what we tell them to do. But even still, many parts of our world may not be “readable” to some robots.