On July 6, 2016, Niantic, a forty-person startup company founded by ex-employees of Google’s “Geo” division, launched Pokémon Go, an “augmented reality” game that employs a phone’s camera to let people capture virtual creatures that appear on their screens as if they exist in the real world. Within two days the app had been installed on more than 10 percent of all Android phones in the United States, and within two weeks it had thirty million users. Soon iPhone owners were spending more time each day on Pokémon Go than on Facebook, Snapchat, Instagram, or Twitter. Even more impressive, within days of the game’s release, the words Pokémon Go drew more searches on Google than the word porn.

If you’re not a gamer, you might roll your eyes or shrug at all that, but in the business world, the events were hard to ignore: The game generated an astonishing $1.6 million in revenue each day from domestic Apple users alone. Just as important, it added $7.5 billion to Niantic’s market value virtually overnight, and within a month it had doubled the stock price of Nintendo, the company that owns the Pokémon trademark. 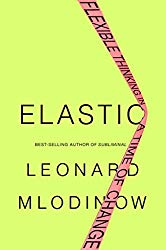 In its first six months of existence, more than six hundred million people downloaded the Pokémon Go app. Contrast that with some of the greatest successes of the early 2000s. Facebook launched in 2004, but it didn’t hit the thirty-million-user mark until 2007. The hugely popular World of Warcraft game, also released in 2004, took six years to climb to its peak of twelve million subscribers. What seemed like pedal-to-the-metal growth back then became, ten years later, life in the slow lane. And though no one can predict what the next big new thing will be, most economists and sociologists expect that society will only continue to morph faster in the foreseeable future.

But to focus only on the speed of Pokémon Go’s ascent is to miss much of the point. The game’s massive success might not have been predictable, but neither was it accidental. In creating the app, Niantic made a series of innovative and forward-thinking decisions concerning the use of technology, such as piggybacking on the GPS and camera capabilities of a cell phone and leveraging cloud computing to power the app, which provided a built-in infrastructure and a capacity to scale. The game also took advantage, like nothing before it, of app-store economics, a business model that hadn’t even been invented when World of Warcraft launched. In that now familiar approach, a game is given away free of charge and makes its money by selling add-ons and upgrades. Maintaining that revenue stream was another challenge. In the interactive entertainment industry, a game can start out popular and still have the shelf life of raw oysters. To avoid that fate, Niantic surprised many with a long campaign to aggressively update the app with meaningful features and content. As a result, a year after its launch, 65 million people were still playing the game each month, and revenues had reached $1.2 billion.

Before Pokémon Go, the conventional wisdom was that people didn’t want a game that required physical activity and real-world interaction. And so, despite all the innovation in Silicon Valley, the Pokémon Go developers were often admonished that gamers just “want to sit and play.” But the developers ignored that widely held assumption, and by leveraging existing technologies in a novel way, they changed the way game developers think. The flip side of the Pokémon Go story is that if your thinking is not deft, your company can quickly sink. Just look at BlackBerry, Blockbuster, Borders, Dell, Eastman Kodak, Encyclopaedia Britannica, Sun Microsystems, Sears, and Yahoo. And they are just the tip of the iceberg—in 1958, the average life span of companies in the S&P 500 was sixty-one years. Today it is about twenty.

We have to face analogous intellectual challenges in our daily lives. Today we consume, on average, a staggering 100,000 words of new information each day from various media—the equivalent of a three-hundred-page book. That’s compared with about 28,000 a few decades ago. Due to innovative new products and technologies, and to that proliferation of information, accomplishing what was once a relatively straightforward task can now be a bewilderingly complex journey through a jungle of possibilities.

Not long ago, if we wanted to take a trip, we’d check out a guidebook or two, get AAA maps, and call the airline and hotels, or we’d talk to one of this country’s eighteen thousand travel agents. Today, people use, on average, twenty-six websites when planning a vacation, and must weigh an avalanche of offers and alternatives, with prices that not only change as a function of when in the day you wish to travel but also as a function of when you are looking. Simply finalizing the purchase once you’ve decided has become a kind of duel between business and customer, with each vying for the best deal, from his or her vantage point. If you didn’t need a vacation when you started planning one, you might by the time you are done.

Today, as individuals, we have great power at our fingertips, but we must also routinely solve problems that we didn’t have to face ten or twenty years ago. For instance, once, while my wife and I were out of the country, my daughter Olivia, then fifteen, gave the house sitter the night off. Olivia then texted us asking if she could invite “a few” friends over. “A few” turned out to be 363—thanks to the instant invitations that can be communicated over cell phones on Instagram. As it turned out, she wasn’t entirely to blame—it was an overzealous friend who posted it—but it’s a calamity that wouldn’t have been possible when her brothers were that age, just a handful of years earlier.

In a society in which even basic functions are being transformed, the challenges can be daunting. Today many of us must invent new structures for our personal lives that account for the fact that digital technology makes us constantly available to our employers. We must discover ways to dodge increasingly sophisticated attempts at cybercrime or identity theft. We have to manage ever-dwindling “free” time so that we can interact with friends and family, read, exercise, or just relax. We must learn to troubleshoot problems with home software, phones, and computers. Everywhere we turn, and every day, we are faced with circumstances and issues that would not have confronted us just a decade or two ago.

Much has been written about that accelerating pace of change and the globalization and rapid technological innovation that have fueled it. This book is about what is not so often discussed: the new demands on how we must think in order to thrive in this whirlwind era—for as rapid change transforms our business, professional, political, and personal environments, our success and happiness depend on our coming to terms with it.

There are certain talents that can help us, qualities of thought that have always been useful but are now becoming essential. For example: the capacity to let go of comfortable ideas and become accustomed to ambiguity and contradiction; the capability to rise above conventional mind-sets and to reframe the questions we ask; the ability to abandon our ingrained assumptions and open ourselves to new paradigms; the propensity to rely on imagination as much as on logic and to generate and integrate a wide variety of ideas; and the willingness to experiment and be tolerant of failure. That’s a diverse bouquet of talents, but as psychologists and neuroscientists have elucidated the brain processes behind them, those talents have been revealed as different aspects of a coherent cognitive style. I call it elastic thinking.

Elastic thinking is what endows us with the ability to solve novel problems and to overcome the neural and psychological barriers that can impede us from looking beyond the existing order. In the coming pages, we will examine the great strides scientists have recently made in understanding how our brains produce elastic thinking, and how we can nurture it.

In that large body of research one quality stands out above all the others—unlike analytical reasoning, elastic thinking arises from what scientists call “bottom-up” processes. A brain can do mental calculations the way a computer does, from the top down, with the brain’s high-level executive structures dictating the approach. But, due to its unique architecture, a biological brain can also perform calculations from the bottom up. In the bottom-up mode of processing, individual neurons fire in complex fashion without direction from an executive, and with valuable input from the brain’s emotional centers (as we’ll be discussing). That kind of processing is nonlinear and can produce ideas that seem far afield, and that would not have arisen in the step-by-step progression of analytical thinking.

Though no computer and few animals excel at elastic thinking, that ability is built into the human brain. That’s why the creators of Pokémon Go were able to quiet the executive functions of their brains, look beyond the “obvious,” and explore entirely new avenues. The more we understand elastic thinking and the bottom-up mechanisms through which our mind produces it, the better we can all learn to harness it to face challenges in our personal lives and our work environments. The purpose of this book is to examine those mental processes, the psychological factors that affect them, and, most important of all, the practical strategies that can help us master them.

He’s studied apes for 50 years – here’s what most people get wrong.
▸
6 min
—
with
Frans de Waal
Up Next
Culture & Religion

The fifth leading cause of death in the U.S.? Your job.

In his new book, Dying For a Paycheck, Stanford professor Jeffrey Pfeffer says we have to change the workplace environment—now.