These Dyslexia Fonts Stop Words From "Floating" Away

Dyslexia makes letters float, rotate, and flip on a page. It turns M's into W's, q's into p's, and so on. Changing the font-face might be able to help keep the letters in place on the page. 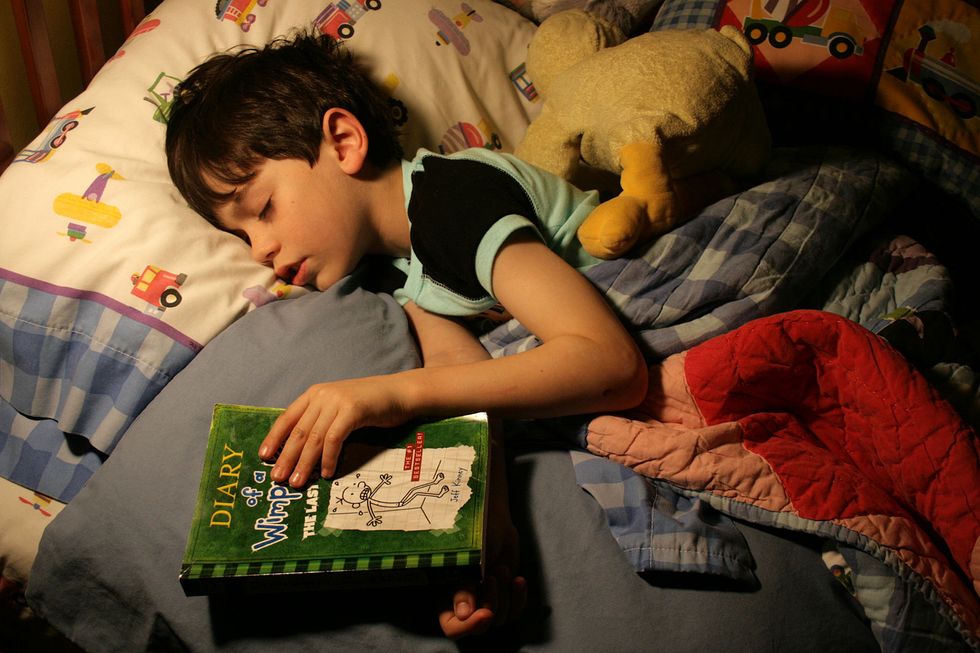 The debate between which is better, eBooks or page turners, has been going on for a few years. The paper books smell better, the aesthetic growing as the pages turn yellow and the ink smudges from where the stories made the reader cry.

The latest bonus in the electronic books versus printed debate is the ability to change fonts. Dyslexic-designed fonts are said to allow for more people to read with ease. There are a few options. OpenDyslexic, Dyslexie, Dyslexia Unscrambled, are just a few.

Dyslexia Unscrambled is a Google Chrome app with more than 1,000 users, and a 4.5 star rating. Dyslexie and OpenDyslexic are more well known. These fonts are designed to keep the letters from floating over a page or screen, by ‘weighing them down’ in their place. The letters are formed thicker in certain places and thinner in others that make it easier to read, make letters like p, q, d, and b easier to tell apart.

Currently there are no formal studies that state success with the fonts. However, many people cheer on the endeavors to help those with dyslexia have an easier time reading. Dyslexie was featured in Istanbul Design Biennial in November, 2014, and creator Christian Boer's work was featured on several news outlets like NBC. Boer was a graphic design student, and has posted a lot of information about how he designed each letter. Boer has presented his typeface and how it could help in a TedTalk, describing how the slight changes in ‘gravity’ helps the reader along. OpenDyslexic’s creator Abelardo Gonzalez is upfront with the lack of research and solid results that dyslexic-fonts have. In his FAQ, he even references the question of if the typeface would work for ‘everyone.’

“No, and I wouldn’t imagine it would. It works for a significantly large amount to warrant continued work on OpenDyslexic. Some people like Comic Sans, Gill Dyslexic, or Verdana more. OpenDyslexic is another option that can be used if it helps you.”

But what OpenDyslexia does is continue updating. The page links a reader to all the research that has been done, and Gonzalez promises to update the fonts with this research. PNAS.org released a study stating that "large letter spaces" helps with dyslexia, and currently OpenDyslexia does have the same spacing practice.

Currently, Dyslexie has over fifteen thousand likes on Facebook; coupling that with the newer OpenDyslexia, these fonts have reached and helped many people in their endeavor to read. It seems that while some don’t see an improvement, many do and that is what keeps these creators going. The users of the apps have a fair amount of praise for them, so they must be doing something right.