How does music influence behavior? 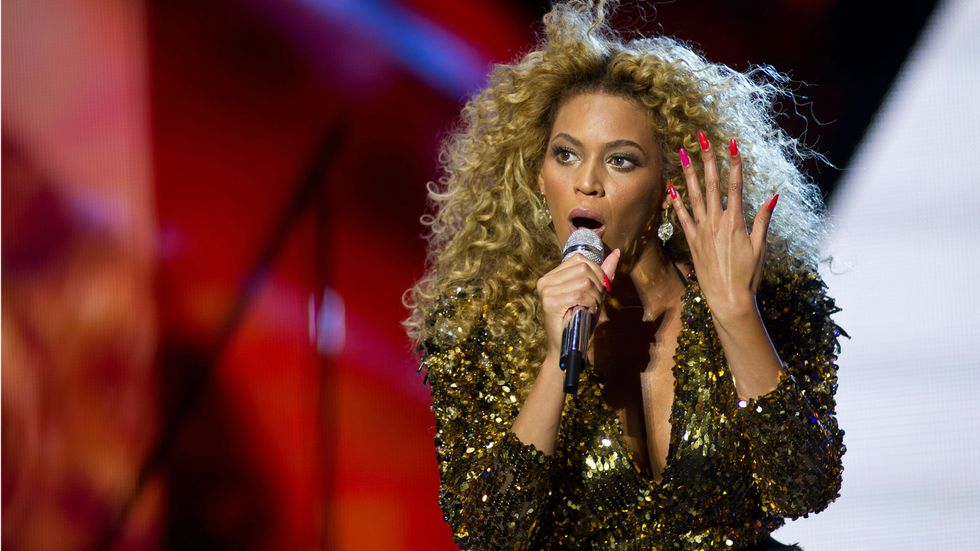 I am waltzing though the aisles of my local supermarket looking for a rice dish I can wolf down for a quick supper before heading out again across town. I finally locate the right aisle, slide to the dizzying array of rice choices, stick out my arm to snatch a random box when – bamm! That damn ‘Rice-A-Roni – The San Francisco Treat’ jingle from the 1960s involuntarily invades my consciousness, just as my mom sang it to me in my youth… I surrender to the jingle, throw the box into the cart (supremely annoyed with myself for doing so) and then head toward the beverage section.

All of a sudden I notice I am moving in rhythm with the musak floating above in the supermarket’s sound system. Growing more annoyed with the obvious fact that this musak is shaping my movements, I notice I have somehow arrived at a stack of soda cartons with the soul-crushing ‘I’d Like to Buy the World a Coke’ and ‘Wanta Fanta? Don’t You Wanta’ jingles simultaneously coursing through my mind. Now thoroughly demoralised, I robotically place the Coke in my cart and proceed, vanquished, to the checkout where the din between my ears will hopefully cease, or at least fade away.

Later, sitting in my lab in the neurology department of the Boston Veterans Administration, I ask myself when and where I became so easy to manipulate. I flatter myself that, while there are these occasional lapses in my ability to screen out garbage, I am usually immune to the repetitive sap that assaults my ears daily through supermarket soundstreams, radio, TV and internet adverts.

I click on my computer to listen to some music while I work. I flatter myself again that I am listening to my music – not just any radio station. I call up my Pandora  station to play my list when I notice once again that a strategically placed ad wafts across the stream and grabs my attention, diabolically and seamlessly interleaved with songs I love.

Pandora apparently does know me, as their advertising wing loves to boast. With each thumbs up or down, its Music Genome Project gets smarter and continues to tailor song selections to my individual tastes. Apple uses Genius to do the same.

Advertising jingles work because music is powerful. Note that those advertising jingles that assaulted me in the supermarket were decades old and yet still had the power to shape my thoughts and behaviour. There is no escaping commercial uses of music to shape our behaviours, it seems. Advertisers understand that music is an extraordinarily effective means to implant messages in consumers’ minds that can and do reverberate and even shape behaviour for decades.

Although we can regularly screen out the thoughts, sounds, images, memories, opinions and ideas of others as foreign and potentially noxious, it ain’t the same with music. If one of those ‘foreign’ messages gets packaged into a catchy melody or a well-crafted song, we not only let the message in and take it to heart, we might end up constantly repeating it and go searching for more of the same! The well-crafted melody or song is an extremely powerful way to colonise or influence other minds. While most of us can resist this mind control when it comes in the form of speeches, tracts, newspapers and blogs, we have much less power when that message comes as a song or a jingle. Music, like religion, may be a prime example of one of Dawkins’ postulated ‘memes’ – those informational replicators that use our minds to propagate themselves regardless of the fitness consequences for us.

Why is music so powerful? Why does it get privileged access to our hearts and minds? One factor is memory. Musical melodies, especially jingles, worm their way in because they are easy to remember. Songs and melodies appear to be especially memorable because they are encoded primarily in the emotional areas of the brain, such as the limbic system and the orbitofrontal cortex.

In addition, when we hear music (especially music we like) the reward centres of the brain, the same centres that give us pleasure when eating good food or having good sex, get intensively activated. Called the ‘mesolimbic striatal dopaminergic system’, the reward centre does far more than toggle on at a concert with beloved tunes. It also strengthens the connectivity between the reward system and the higher thinking areas of the brain in the prefrontal and temporal regions.  In plain English, music activates both the primary pleasure centres as well as the higher thinking centres of the brain so that we are immersed in a highly pleasurable reverie or an intensely rewarding reflective state while the music washes over us.

Because music has such an uncanny ability to activate pleasure centres and link them with higher cognitive-imaginative functions, musical melodies are highly memorable and are easily brought back into consciousness whenever the moment is right. But why did evolution mould the system this way?

Perhaps because music’s direct access to the emotional brain gives it the capacity to transparently express mood and emotion, just as language transparently expresses thought. The neuroscientist Aniruddh Patel has noted that music exhibits some similarities to language: they both have a kind of syntax or set of rules that guides construction of basic elements, such as words and sentences in the case of language, or notes, chords and key signatures in the case of music. Combinations of basic elements according to rules generate the hierarchical cognitive and sound structures that we call sentences or melodies. Patel suggests that music and language share a basic brain resource that allows them to generate these complex sentences and songs.

The main candidate for such a powerful shared resource is Broca’s area of the brain, which appears to be a kind of syntax centre – it takes incoming information, arranges it into chunks, and then combines the chunks into a sequential order.

Neuroimaging studies demonstrate that Broca’s area is activated when people listen to music or the speech of other people. Music and language appear to be sharing this area of the brain to produce structure in sentences and songs.

The difference is that language specialises in expression of thought, and music specialises in expression of emotion. Evolutionary theorists have pointed out that when language evolved, it not only improved communication between people, it also made communication unstable because it allowed them to obfuscate and lie. People needed to find a more trustworthy means of communicating – a mode that could not lie or be faked. The solution to the problem of the lie made possible by language was music. And its key characteristics support this evolutionary take, which explains music’s power in one fell swoop. We let music into our hearts and minds because we are designed to trust it as a message that cannot be faked. Song has always been the preferred means to transmit the tribe’s myths and stories, its cultural gold, to those entering life’s liminal crises such as puberty and then later the infinite variety of destinies carved out in adult life. Therefore, both for the child and the adult, song potentially contains priceless information that can spell the difference between reproductive immortality and evolutionary death.