It seems that when it comes to the brain, music has its own set of keys to the place. (No pun intended.) Our brains, and particularly our emotions, respond to music in a uniquely direct manner that’s not yet understood. A pair of new studies from researchers at the Society for Neuroscience report what happens electrically in the brain when we imagine or listen to music.Together, the two studies describe how listening to musical melodies activates an intriguing prediction/recognition system. When there is a pause between notes, the brain makes a prediction about the next note to come. Co-author Giovanni Di Liberto, speaking to Inverse, says the study is about more than just music — it provides a new look at how imagination may work.

To eavesdrop on the brain’s response to music, both studies utilized electroencephalogram (EEG) recordings of participants as they listened to Bach melodies. Although fMRI scans are often used in neuroscience, the authors of the study say they were interested in electrical activity — the EEG’s turf — and not blood-oxygen levels, which is what fMRIs capture. EEGs capture data much more quickly than fMRIs, and in music, timing is everything. 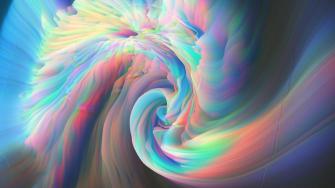 “Musical imagery is the voluntary internal hearing of music in the mind without the need for physical action or external stimulation,” write the study authors.

While previous research has shown that imagining music electrically activates certain areas of the brain, it has been unclear to what extent this activity resembles the electrical behavior of the brain when listening to music. Specifically, it was unknown whether music imagery involves an expectation of what note should come next, as happens when one is listening to music. Another question is whether music imagery encompasses the music’s acoustics (that is, the way it sounds).

To answer these questions, in the first study, the researchers used EEG to observe the brain activity of 21 professional musicians as they imagined Bach melodies.

Using regression analysis, the researchers found that “imagined neural signals can be predicted accurately, similarly to the listening task, and were sufficiently robust to allow for accurate identification of the imagined musical piece from the EEG.” Simply put, the scientists were able to identify the Bach songs the participants were imagining.

As it turns out, both imagining music and listening trigger similar frontal spatial activation. However, though the charges are similar, the EEG readings of the electrical polarity of the brain’s neural responses flip — their polarity is positive for listening and negative for imagining. The researchers say this fits with listening’s top-down prediction/recognition system observed in the second study.

Di Liberto explained to Big Think in an email, “The positive vs. negative charge is what we measure with our technology and what allows us to disentangle sensory and prediction neural signals. The brain may not necessarily encode those as positive or negative,” he notes, but the EEG signals may just be “a byproduct of the brain subtracting (or inhibiting) the sensory response by the sensory prediction.”

The researchers also observed “overlapping but distinctive” electrical responses to the acoustic properties of imagined versus heard music. 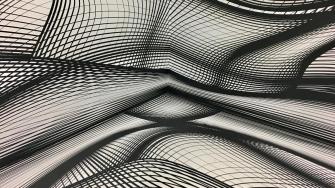 For the second study, the researchers conducted two experiments in which participants listened to or imagined Bach melodies. Twenty participants participated in the first experiment and 21 people in the second. Once more, after EEG signals were lined up with the music’s melodic structure, the same patterns were observed during listening and imagining Bach’s notes, albeit again with their electrical polarity flipped.

During pauses in the music, EEG activity continued, leading the researchers to conclude that the participants’ brains were busy imagining the next note to be heard. The same type of activity occurred in silent moments of the songs when there could have been a note but there wasn’t. There is no sensory input during silence and imagined music, so this activity comes from the brain’s predictions.

When the predicted note (negative polarity) and the heard note (positive polarity) line up sufficiently, prediction and recognition align, and they cancel each other out electrically. When they do not, the heard note wins the electrical battle. “We find that imagined predictive responses are routinely co-opted during ongoing music listening,” when predictions prove inaccurate, write the authors.

Di Liberto said, “Your brain responds more strongly to unexpected or unpredictable events.” He told Big Think that this is literally true on an electrical level: “The EEG signal has larger magnitude/power when participants hear a less predictable sound.”

One might speculate that such little surprises are what make some pieces of music more memorable to us. This would make sense, since astute musicians understand that it is often the little surprises that make a song grab a listener. “Wrong” notes, momentary dissonances, and even unexpected noises are all part of a savvy musician’s toolbox.

Our minds are hyper-taxed due to hyper-tasking. We need to slow down and allow ourselves to daydream if we want to improve our attention.
Health

Without Benjamin List and David MacMillan, chemists would still be using metals and enzymes to catalyze chemical reactions.
Up Next
Neuropsych

Our brains believe $10 today is more tangible than $100 next year.