One-third of American children take alternative medicine. This is a problem.

Despite little clinical evidence of efficacy, a growing number of parents are giving their children supplements that could prove dangerous. 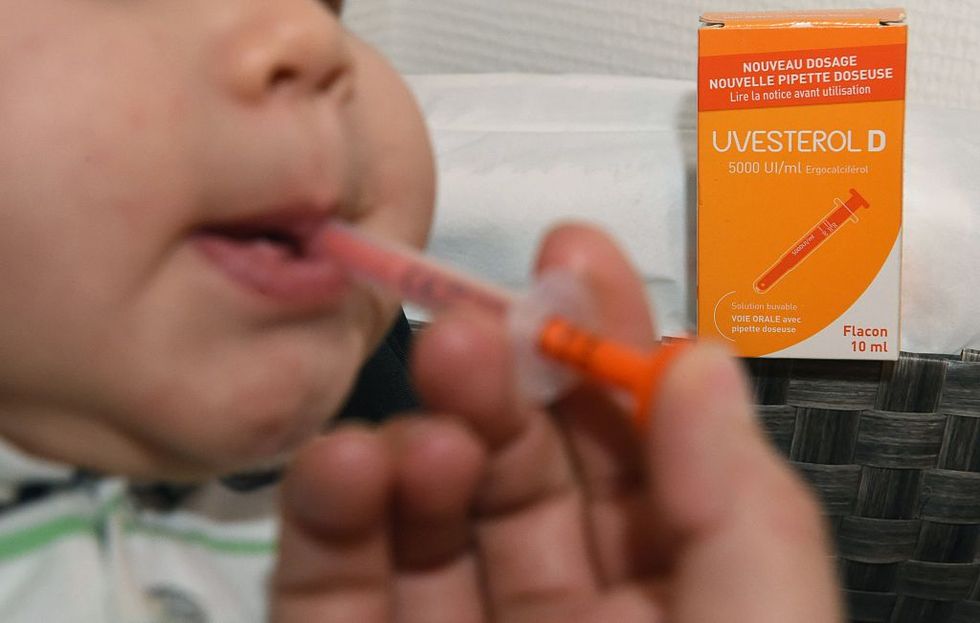 A picture taken in Bordeaux, southwestern France, on January 4, 2017, shows a baby being administered 'Uvesterol D' vitamin medication, which French health authorities moved to suspend the sale following the death of a baby who suffocated after being give

In April, I wrote an article covering decades of NIH research on multivitamins and supplements, to the tune of $2.4 billion, that showed these products are predominately ineffective. The following month a meta-analysis of 179 studies confirmed this, at least in relationship to cardiovascular disease and all-cause mortality. The drugs, as the saying goes, don’t work.

While Facebook comments and Twitter are not exactly the best places for nonjudgmental information, they are a good gauge for emotional reactivity. I received plenty of negative comments, tweets, and emails about this article, including accusations that I’m in cahoots with Big Pharma (nope) as well as anecdotes about the miraculous healing potential of supplements.

Here’s the thing: some supplements or vitamins may very well help you. The problem with multivitamins is the same with probiotics: loading your body up with a bit of everything is not only often ineffective, but dangerous. If you don’t know what your body is deficient of—the same holds true with your microbiome, hence probiotics—taking these pills, oils, and tinctures are only helping companies profit while potentially harming you in the process.

Medicine is becoming more individualized, which is a good thing. Screening your feces to better understand your personal microbiome will, hopefully, be common practice in the coming years. You might discover certain mineral needs, which could result in an inexpensive and effective healing regimen offered in the vitamin aisle. That would certainly be a positive step forward.

Bottles of St. John's Wort are seen for sale April 10, 2002 in New York City. The popular herbal supplement was found not to be an effective remedy for depression according to a government-backed study. (Photo by Mario Tama/Getty Images)

But that's not where we're at. Right now the “alternative medicine” industry is predicted to be worth over $196 billion by 2025. Considering the general lack of oversight of these substances and workarounds companies use to make health claims sans clinical proof, vitamin and supplement manufacturers enjoy an effectively lawless pipeline straight into your medicine cabinets.

This is not only a problem for us adults. A new research letter published in JAMA states that 33.2 percent of children (ages 0-19) used some form of alternative medicine between the years 2003-14. Given the growing popularity of such products, alongside a growing distrust of pharmaceutical makers, this number is likely higher today.

While many of these substances are, at best, benign, the potential for unintended consequences exists. As the authors write,

They note that melatonin and ω-3 fatty acid supplements, packaged as promoting cognitive benefits and as sleep aids for those suffering from attentional and hyperactivity disorders, also come with a risk of dangerous cardiovascular effects.

Lead author Dirma M Qato, a professor at the University of Illinois at Chicago, expressed that healthy children should not be consuming these products. Given the risks, there is no reason to draw minerals or vitamins from such sources when all we need is usually available in a healthy diet.

There are plenty of reasons to be suspicious of the pharmaceutical industry. That does not give us license to believe anything packaged as “alternative” to that industry is healthy. Some of these products help some people, while the placebo effect is responsible for healing others. Enrolling children into a supplement program with no proven credibility is unfair to them, ultimately overruling the trust they place with their parents for guidance. It’s bad enough if you’re just wasting money; it’s much worse if you’re putting their health in danger.