Molecular biologists are hopeful about the results, but a long road lies ahead—so far this diet has only worked proven wonders on mice. 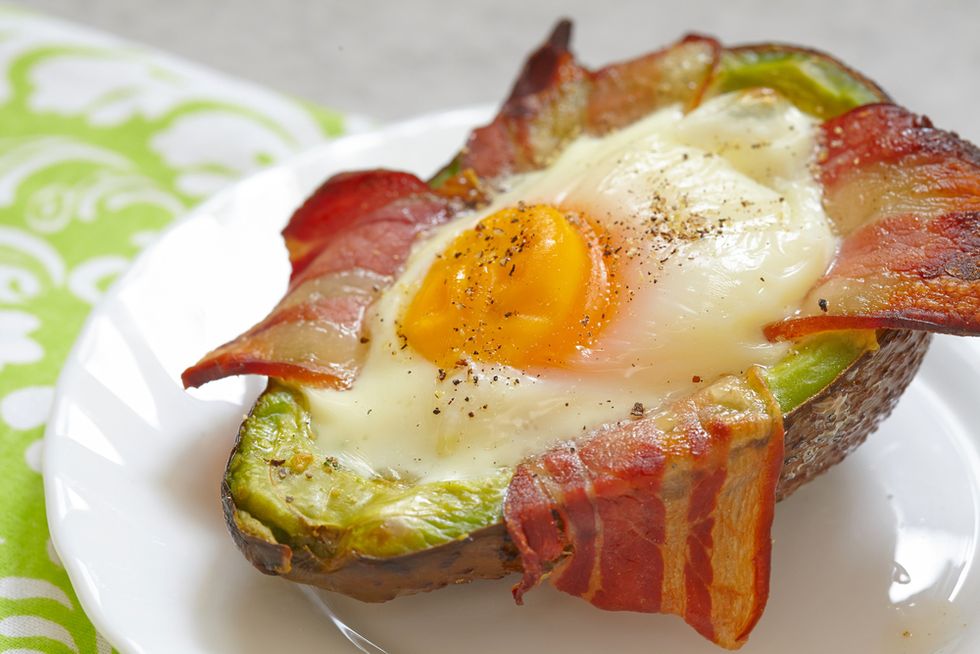 Ketogenic diets are this year’s weight-loss silver bullet. While we should approach every diet with a healthy dose of skepticism, the more studies being conducted on ketosis—the state your body enters when producing elevated amounts of ketone bodies, which are constructed via fatty acid metabolism in your liver—the more the benefits are accruing.

Weight loss is a continually trending topic, though such popular pastimes sometimes lead to deeper inquiry. In the case of ketogenic diets, two new studies published in Cell Metabolism show how cutting back carbohydrates and intermittent fasting not only helps with weight, but may stretch out your life while improving your memory along the way—in mice, at least.

A quick primer: your body burns fat as well as carbs for energy. Since our culture lives on carbs, with pretty much every processed food from a box or wrapped in plastic being carb- or sugar-dominated (which equates to the same thing once the saliva begins breaking down the nutrients in your mouth), we use the carbs and store the rest as fat. Hello obesity levels. Remove the carbs and your body turns to fat for energy. Burn the fat, weight loss follows.

Unfortunately your brain can’t burn fat for its outsized energy needs. It requires sugar. Or ketone bodies if you decide to starve your body of glucose. Eat lots of fat, consume fewer carbs, and voila. While I’m not overweight I dropped ten pounds in weeks when experimenting with ketosis. Ever since I’ve maintained this weight, not by fasting—a popular ketogenic method is to fast for between 12 and 18 hours every day—but by keeping carb consumption down and fat intake high, also supported by recent research on 135,000 adults.

Anecdotes are just that, personal stories, so let’s turn to the research. In the first study, mice were fed three diets: zero carbohydrates, a nutrient-balanced diet (the control group), and a high fat diet with just 15 percent carbohydrate intake, a percentage arrived at when researchers slowly added carbs to a carb-restricted diet to find the baseline in which mice remain in ketosis. After 15 percent their bodies suppressed ketosis, and would be little different than the control group.

The mice were put on a cyclic ketogenic, high-fat, or control diet in mid-life. The cycle was one week, so they would eat this way for a week, then every mouse would spend a week on their respective diets. (Ketogenic- and high-fat only mice did not fare as well.) Interestingly, the high-fat group ended up heaviest, though the ketogenic and high-fat groups both had a higher caloric intake than the control group. In terms of longevity, the ketonic group proved most successful, at least through midlife. After thirty months of age, their mortality rate was the same as the control and high-fat groups.

As for memory, the researchers write:

In healthspan testing, we found a striking effect of Cyclic KD [ketogenic diet] on memory as well as more modest effects on a broader range of measures. We saw consistent memory improvement in two distinct tasks over 6 months.

The ketogenic group showed normal cognition wear with aging, but performed better in a visuospatial learning and memory test than the other groups, in which the mice learned to avoid (or not) an electric shock. The KD mice also showed improvement in late middle age (28-30 months) in novel object recognition.

Game-changer? Not quite. But anything that helps memory in aging bodies is a boost, especially given the crippling rates of dementia affecting millions of humans each year. An increase in midlife mortality rates means we’d be healthier during our prime.

The second study also began at 12 months of age. It focused on calorie restriction, which, coupled with carbohydrate restriction, promotes production of ketone bodies. This study also featured the same three dietary guidelines: no carbs, low carbs, and a control group. While the first study showed better rates of midlife mortality, this one offered an optimistic view of longevity:

The results clearly demonstrate that lifespan is increased in mice consuming a KD compared to a standard control diet.

More tellingly, perhaps, is how the ketogenic group showed even better results in memory:

Our results show that a KD slows cognitive decline and preserves motor function in aging mice. It should be noted that although the LCD [low carbohydrate diet] did not significantly differ from the ketogenic group in longevity, the two diets differed in their ability to preserve physiological function with age. This suggests that ketones may be necessary to elicit an extension of healthspan.

The role of ketones is playing a bigger role not only in general research but at pharmaceuticals companies as well. Researchers from these studies are interested in the physiological mechanisms behind ketones in hopes of isolating them for usage in pill form. If their protective effects can be better understood, perhaps humans won’t have to fast or restrict carbs to reap the cognitive and longevity benefits.

As one researcher, molecular biologist Eric Verdin puts it, these results are hopeful, but a long road lies ahead—mice aren’t humans. Our diet and relationship to our environment has changed greatly over the last few hundred thousand years, while mice have been mice for a long time. As he states:

We’re very excited to see such a profound effect on brain function. Our results don’t imply this is going to work in humans. For that, we’ll need extensive clinical trials.

Until then read this extensive article on ketosis and fasting. We might not have conclusive results, but the data trickling in from varied confirmed sources is pointing in one direction: cut down on carbs.