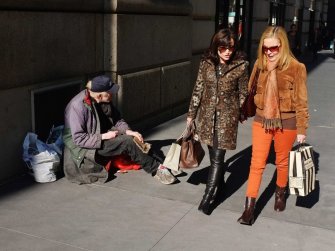 The researchers conducted two more studies. In the second, participants were again presented with a one-shot ultimatum game, only this time all participants were given $3 and half were randomly given $5 in a “lucky draw” game. This game required no skill, seeing as researchers wanted to see how these participants’ temporarily inflated wealth would affect their decision-making, and they didn’t want merit or work to be a factor at all.

After playing the “lucky draw” game and the ultimatum game, participants reported the same demographic information and were paid out. The results showed that 58 percent of participants rejected the unfair offer, and that here again family income significantly predicted that decision. Interestingly, those who were randomly awarded $5, which is to say those who were made to feel relatively and temporarily wealthy, rejected unfair offers more often than those who weren’t awarded the $5, ostensibly because they felt more entitled to fairness. 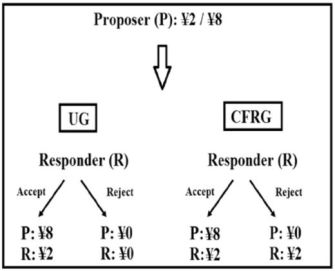 . . . having more makes people feel more entitled to fair treatments (‘have-more-eﬀect’), not that a state of ‘having less’ undermines feelings of entitlement. Taken together, these ﬁndings provide strong support for the notion that the wealthy feel entitled to their fortunate situation, and are therefore more likely to reject unfair oﬀers by others.

By slowing down aging, we could reap trillions of dollars in economic benefits.
Up Next

Another week, another thrilling installment of our Comment of the Week feature with handpicked favorites from our Facebook page.